WWE legend Alundra Blayze took to social media to take on AEW’s Britt Baker. This happened after Britt Baker complained about her progress on social media.

Britt Baker Does Not Have An Action Figure 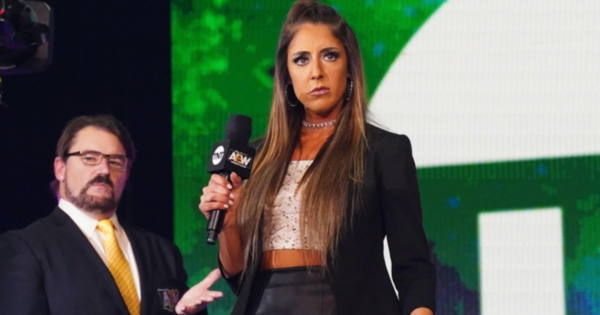 AEW’s residential dentist Britt Baker still does not have an action figure. And this is something that Britt Baker herself is not too happy with either!

To show her discontent about not having an action figure, Britt took to social media.

“Imagine being the face of a division, the first woman signed, a role model, Michael Jordan, the baddest b—h on the block, a dentist…. and STILL not have an action figure. [pouting face emoji] @AEW,”

While a lot of fans agreed with Britt about the action figure, the same cannot be said for Alundra Blayze. The WWE Hall of Famer reacted to the comment in a snarky way.

“Well let’s see…I believe you just learned how to tie your boots, & got handed your position… it is almost 2021 and women’s Wrestling is fast tracking I’m sure you will have one soon.However it took me 20+ years before I received mine. Some people just earn respect differently,”

AEW’s Britt Baker has not reacted to Alundra Blayze’s comments. However, we are pretty sure she is not too happy about it.

Of course, as a wrestling journalist I have learned never to take statements at their face value. Now, I always wonder if there could be something behind it.

But what could be behind the statements of Alundra Blayze towards Britt Baker? Well, the first thing that springs to my mind is a big feud between the WWE Hall of Famer and AEW’s residential dentist.

Or could there be another reason why Alundra Blayze went for Britt Baker on social media?

Could There Be A Feud? 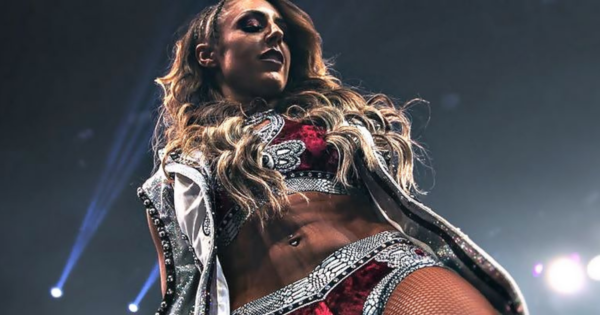 When I first heard about the comments, my first instinct was a feud between Alundra Blayze and Britt Baker. After all, the WWE Hall of Famer has appeared in AEW wrestling.

Blayze made her first appearance in AEW wrestling in August of 2020. Her arrival marked the beginning of the AEW Women’s Tag Team World Cup.

There is certainly a lack of attention on the AEW women’s division. And while there are some women on the roster, it seems that there are not enough women to actually make the division stand out.

Alundra’s last wrestling appearance was in the WWE. For the tag team tournament, she only did the announcement.

At the moment, we have no idea if Alundra Blayze still has an interest in wrestling. Time will tell if a feud between theses two is actually in the cards.