It appears as if AEW will need to change the angle they had planned for Shaquille O'Neal. And, where has Dakota Kai been since WarGames?

With the announcement that Cody and Brandi Rhodes are expecting a baby, AEW may change their Shaquille O’Neal angle. Also, Dakota Kai  has been absent from TV since WarGames and it is not because of an injury.

With Brandi Rhodes announcing that she is pregnant on a recent edition of All Elite Wrestling (AEW) Dynamite, plans are changing involving an angle with Shaquille O’Neal.

Earlier this month, Rhodes and O’Neal were conducting an interview. During the segment, Rhodes tossed a glass of water in O’Neal’s face.

O’Neal was likely to be in the corner of Jade Cargill in a match with Rhodes. With Rhodes now on the sidelines for the next several months, it remains unknown at this time what O’Neal will do.

Over his career, O’Neal has been a bit of a mystery with what to expect when joining pro wrestling promotions. He was once set to compete against The Big Show in WWE. However, issues with the contract and questions surrounding his work ethic nixed that.

AEW could just drop the idea and angle altogether with the happy news surrounding Brandi Rhodes and her family, which includes Cody Rhodes.

The Rhodes family let the world know their news with a special video promo set from their home during Dynamite. A box was delivered and the couple opened it, revealing they are expecting.

Congratulations! @TheBrandiRhodes and @CodyRhodes are expecting a baby. #AEWDynamite pic.twitter.com/wNmDLGNl98

Rhodes and O’Neal are both set for appearances on the TNT show, “Go-Big Show.” It is an opportunity for participants to win money by completing challenges featuring monster trucks, alligator trainers, stunt archery and other radical feats. 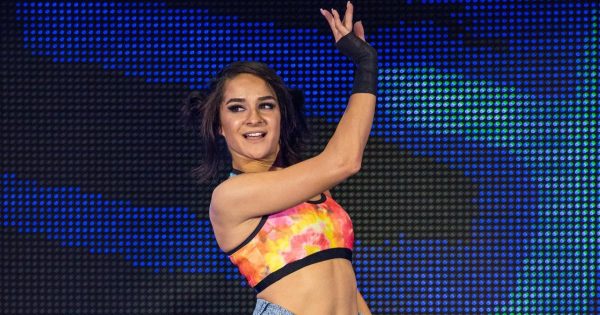 Dakota Kai has been absent for the past several weeks when it comes to WWE NXT television programming.

That has left many to wonder what happened, as she is regarded as one of the top female wrestlers in the promotion.

During a video uploaded by WWE titled “Casualties Of War Games,” Kai was mentioned. In the video, fans were informed that she is dealing with injuries sustained during the incredible battle and will be gone for some time.

But that may not be the entire truth.

According to a report by Fightful Select, WWE management is dealing with problems with her work visa.

Kai, 32 years old, is originally from New Zealand. She debuted in pro wrestling in 2007 and joined the WWE in 2015 as part of the Mae Young Classic. Two years later, she was signed to a contract and sent to NXT.

Along with appearing on NXT, Kai has also been on NXT UK as part of that promotion. She was the challenger to Rhea Ripley n the first-ever all-women’s pay-per-view, Evolution.

Kai has also been in angles involving the likes of Jessamyn Duke and Marina Shafir, who are close members of Shayna Baszler’s stable.

In 2019, Kai suffered a torn ACL and was sidelined for several months. She returned over the summer in a heel role, aligning with the winning team at NXT TakeOver: Wargames.

Since retiring, Kai has been better featured on NXT TV. She even earned a title shot, but came up short.