WWE wanted to bring Shaq in to wrestle, but they said he was always out of shape. And, a future AEW star looks to be headed for a face run.

Shaq made several appearances for WWE and they even teased a match, but apparently they thought he was always out of shape. Also, AEW’s Sammy Guevara looks to be headed for a run as a face.

WWE Said Shaq Was Out Of Shape

The name Shaquille O’Neal always causes headlines. It is something the WWE tried to do once before, and after a “name-drop” during All Elite Wrestling’s Dynamite, maybe there is something to it once more.

O’Neal, a former NBA superstar, is already part of the TNT family which airs Dynamite each week. He works as an analyst during NBA programming for the network.

Jade Cargill said his name during a segment with Brandi Rhodes which has caused some of the rumors to start floating around once more.

A few years back, WWE teased pairing Shaq with The Big Show, but it never came about. Dave Meltzer of Wrestling Observer Radio offers some insight into what happened.

“Both sides blame the other when it came to Shaquille and WWE,” Meltzer said. “WWE always said that like he would talk like he wanted to do it, but he never agreed to do it.

“WWE also said that he wouldn’t train and was always out of shape.”

Of course, the flip-side to that is O’Neal’s feelings on the matter.

“Shaquille also said that they promised him an amount of money,” Meltzer said. “But they never put it down. So he never got the offer that they said.” 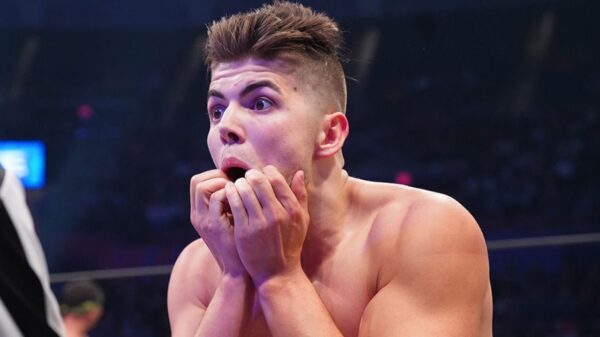 With a lack of current babyfaces on the active roster, AEW looks to be tuning Sammy Guevara that direction. The angle started during last night’s episode of AEW Dynamite.

With MJF entering the Inner Circle, it appears as if there is one-too-many in the group. That could lead to Guevara leaving and turning babyface in the process away from the heel faction.

There has already been a rift forming between MJF and Guevara, as the newcomer to the group claimed he “forgot” to email Guevara about a recent meeting. Guevara was not present during the induction into the Inner Circle for both MJF and Wardlow.

Dave Meltzer reports that things appear to be changing for Guevara. He was also put over by Matt Hardy during a promo from the Elite Deletion match at Full Gear.

Sometimes the only way the light can get in is to be broken.

“(Guevara) has got to go babyface in the long run,” Meltzer said. “Maybe that’s the deal here. That should be the deal here because the Matt Hardy promo to me is saying that Sammy is going to be a babyface soon. You know he got my respect and everything like that.”

The 27-year-old Guevara is a Cuban-American who signed with AEW in 2019 after debuting six years prior in pro wrestling. He has held titles in Lucha Libre AAA Worldwide and other promotions, but has yet to win gold in AEW.

He did catch some flack this year after injuring Hardy and comments he made about WWE’s Sasha Banks. Because of the remarks about Banks, Guevara was suspended by AEW for about a month.