We have the latest on Sammy Guevara's chair shot to Matt Hardy, which caused a major cut. And, more on Eric Young's wrestling future.

Sammy Guevara was looking for revenge on Wednesday against Matt Hardy. The two had a segment on AEW Dynamite, where things did not go as planned.

Hardy ended up with 13 stitches after a chair caught him in the head. Right now, the blame is being pointed in the direction of Guevara.

“Apparently there were two chairs out there. One of them was your traditional folding chair and the idea was that Sammy would throw that and it would be like Sabu and Matt Hardy was supposed to be able to get his arms up. This was supposed to be a chair shot with no blood, okay?”

“Now, the problem was they’re out there in the heat of the moment and Sammy was very excited and he looked around and he couldn’t find the folding chair, so he found one of those really heavy chairs, a totally different kind of chair and he panicked and he threw it and he hit Matt Hardy and busted him open and Matt Hardy needed 13 stitches.”

Since the episode was taped, Hardy already got the stitches removed. He will continue his program with Guevara, which will lead to a match in the near future.

Who can name everything wrong with this video ? 😳😆 Removing @matthardybrand’s stitches 🥺🥴

The timing is not good for Guevara. He just returned to the promotion following a suspension and be required to get help.

Audio from a few years ago started to make headlines. In an interview, Guevara mentioned how he liked the appearance of Sasha Banks and wanted to rape her.

That resulted in AEW taking action. Also, Jimmy Havoc was sent to rehab for his past. 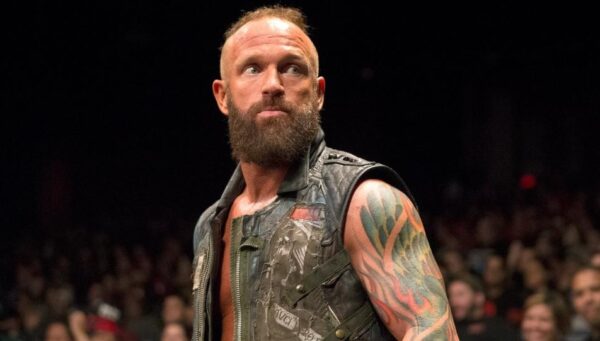 IMPACT Wrestling has added a former WWE superstar. Eric Young confirmed with Sportskeeda that he has signed with the promotion.

Young did not reveal any details of his new contract. He did state plans to be active and competing for several years to come.

“I am on an exclusive contract with Impact,” Young said. “I’m very excited about that. I do have a lot of gas left in the tank.

“It’s just a question of how much longer I want to do it.”

The veteran made his return at Slammiversary last month. Young entered himself into the main event that evening.

After coming out in a mask, Young pulled it off and revealed himself.

Along with winning the world title, Young also won the X Division title and held the tag belts four times.

Just had a great chat with @TheEricYoung!

Young is just one of five TNA Grand Slam champions. He is considered a “TNA Original” and has held 11 belts in the promotion.

During his time in the WWE, Young won the NXT tag team titles with Alexander Wolfe.  When he joined the main roster, he quickly fell to the bottom rung.