The timing of Kenny Omega vs. Jon Moxley was done due to low ratings. And, an ex AEW champion is out after suffering an ankle injury.

The rematch between Kenny Omega and Jon Moxley is taking place on free for a specific reason. Also, ex AEW champion Mr. Brodie Lee is injured.

At Full Gear, Kenny Omega defeated “Hangman” Adam Page to earn an AEW World Championship match. Fans expected the match would take place at the next pay per view or a special themed episode of Dynamite.

Instead, we learned this week the match takes place December 2 on a regular episode of Dynamite. Apparently, AEW went this direction for a particular reason.

Dave Meltzer noted how the ratings last year between November and December went down. Viewership reached such a low point, around the 600,000-650,000 mark, that backstage names were concerned the trend would continue.

Luckily for AEW, the numbers started to increase once January rolled around. That could have been because the holidays were over or it is typically a busy time for wrestling as the Road to WrestleMania officially begins.

Despite all the problems going on around the world, AEW has managed to stay afloat and typically beats WWE’s NXT. Last week, AEW scored another victory as they beat NXT.

As for Moxley and Omega, they have a brutal past, dating back to Double or Nothing 2019. To conclude the first pay per view, Moxley debuted and sent Omega crashing trough the stage.

At last year’s Full Gear, they met in an unsanctioned match that saw AEW get fined. For almost 40 minutes, the two used an array of weapons before Moxley got the win. 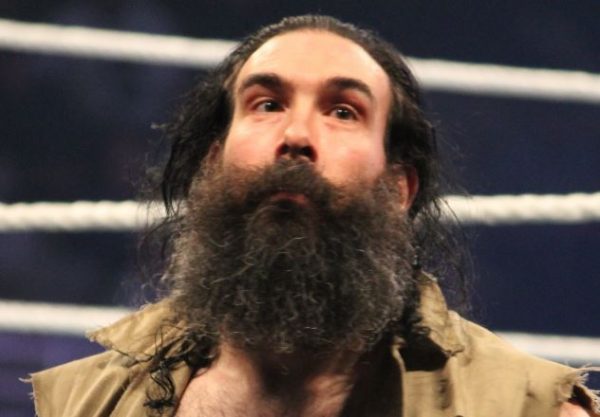 For months, AEW promoted “The Exalted One” as the leader of the Dark Order. Originally, Marty Scurll was supposed to get the spot, but then he re-signed with ROH.

Then, there was talk of Matt Hardy getting the spot as he did not re-sign with WWE. Instead, AEW went with another former WWE superstar in Luke Harper.

Now going him his Indy name, Brodie Lee, he debuted and made quick work of opponents. Eventually, he earned a TNT Championship shot against Cody Rhodes and won with ease.

Mr. Brodie Lee defeated Cody, actually that was unexpected, i heard some spoilers but I didn’t wanna believe it until it happened. #AEWDynamite #BrodieLee #Cody #TNTChampionship pic.twitter.com/o1qoSidfJq

The win wrote Cody off TV for about two months as he had a new TNT show to tape. Once Cody returned, he regained the title in AEW’s first dog collar match.

Since then, fans have not seen much of Lee. Instead, the Dark Order seems to be handling his business.

Dave Meltzer said in the Wrestling Observer Forum that Lee is dealing with an ankle injury. There is no timeframe for his return, but the injury is thought be minor.

Lee was not happy in WWE and after several requests, he was eventually granted his release. He landed in AEW and has been pushed as one of the top heels.

So far, his only single losses have come in title matches against Cody and Jon Moxley. Therefore, AEW sees big things for the former Wyatt Family member.