Marty Scurll decided to to re-sign with ROH, but AEW already had an angle planned. Speaking of AEW, Taz is the latest name to join the promotion. 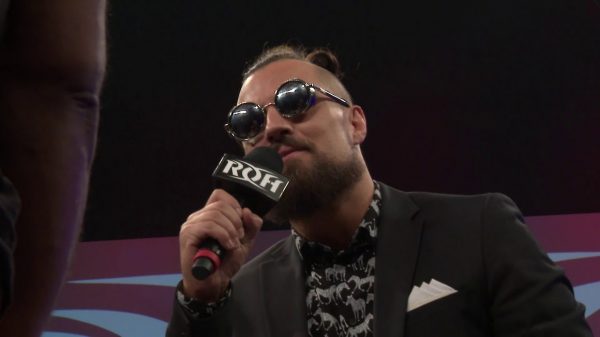 Marty Scurll’s Ring of Honor (ROH) contract expired months ago and there were plenty of interested parties. In the end, Scurll passed over great offers from WWE, AEW and New Japan Pro Wrestling. Instead, he opted to re-sign with ROH.

Of course, ROH had to make Scurll an offer that would somehow top WWE and AEW. Besides getting a massive pay increase, he is now part of the creative team. Also, he will be allowed to work for other promotions such as NWA. He will not be appearing on WWE TV, but AEW might still be in play.

Per PWInsider, Marty Scurll has not only signed a new deal to remain with ROH, but has taken over as the head booker. If Vince McMahon wants to keep The Revival, he knows what he has to do now. 😂

In the Wrestling Observer Newsletter, it was noted that AEW originally had a storyline for Scurll booked. He was going to lead the stable known as the Dark Order. The group has been around since AEW Dynamite starting airing in the fall and they recently got more TV time, with a slight push.

Marty Scurll sticking with Ring of Honor reiterates that the actual thing AEW has accomplished is creating leverage for wrestlers.

Had Scurll signed with AEW, he would have been the leader; who goes by the Exalted One. AEW wanted Scurll to work the 12/18 show from Corpus Christi. That show, which was the final one of 2019, concluded with the Dark Order standing tall.

Instead, ROH made Scurll an offer he simply could not pass up. We are still waiting on word about the exact details between ROH and Scurll.

With Scurll no longer a contender to lead the Dark Order, there is another candidate. While Matt Hardy wants to stay in WWE, his contract expires in about six weeks. If WWE are unable to re-sign him, fans could see BROKEN Matt Hardy appear on AEW TV.

Imagine if it turned out Broken Matt Hardy was running the Dark Order, although it probably won’t happen, I think it would be cool. 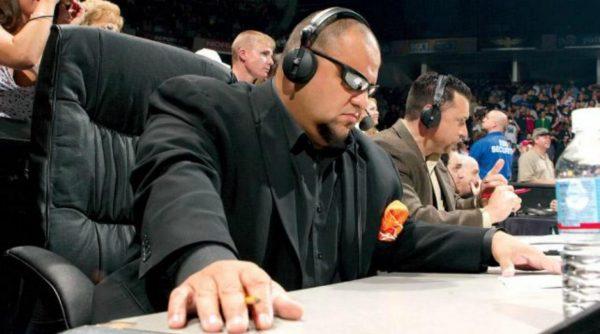 Taz has officially signed with AEW and it seems like the promotion could not wait to get the deal done. Shortly after Wednesday’s episode of AEW Dynamite, Taz signed the deal and below is footage, along with an official comment from the ECW icon.

Yesterday #AEWDynamite was extended to 2023 by @tntdrama and Today we are happy to announce that @OfficialTAZ has signed a multiple year agreement with #AEW pic.twitter.com/dX99wxdfvR

Yesterday #AEWDynamite was extended to 2023 by @tntdrama and Today we are happy to announce that @OfficialTAZ has signed a multiple year agreement with #AEW pic.twitter.com/dX99wxdfvR

Right now, all we know is that the deal is for several years. In recent months, Taz has worked a few AEW shows. His last appearance was working AEW Dark before Dynamite went live.

After his WWE career was over, Taz made a successful transition to the announce table. He would spend a majority of his career, from 2002 to 2009, on SmackDown and ECW, calling the action. Eventually, he landed in Impact Wrestling and that lasted until 2015.