All Elite Wrestling received a fine and word of warning for an unsanctioned match between Jon Moxley and Kenny Omega, and why was Bo Dallas kept?

AEW, or All Elite Wrestling, received a fine from the Maryland State Athletic Commission for putting on an unsanctioned lights out match between Jon Moxley and Kenny Omega at the Full Gear event.

While the match itself was viewed as a delight by fans and wrestling pundits, the commission was less-than-pleased.

The commission fined AEW $10,000 and let them know there could be further repercussions for repeated offenses.

In a release from the board, they noted that “Mr. Good (Moxley) hit Mr. Smith (Omega) with a barbed wire wrapped baseball bat across the back three times.” They also included a spot that featured Omega using a barbed wire broom to the back of Moxley and “he swept him with the bristles.”

According to Ringside News, the complaint as made by former WCW announcer Christopher Cruise, who acknowledged what he did on Facebook.

“Look, the easy thing to say in response to the $10,000 fine levied on AEW by the MSAC is that it is pocket change for a billionaire,” Cruise wrote. “I get that. But it ain’t nuthin. And it is public, or will be on May 20th when the Commission meets and then posts the consent order on its website, and distributes it to all other commissions throughout the country.

“In the middle of a match. The Commission is on notice now that others are watching its actions.

“This puts AEW on notice, as well, and it embarrasses the company. By this time tomorrow the story will have spread far and wide. And it will appear in mainstream publications. This is a black eye for AEW and for the business.” 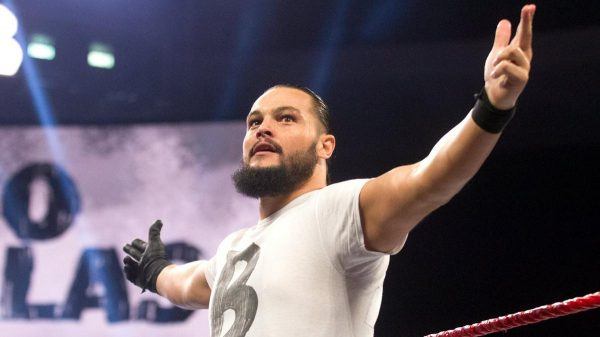 Bo Dallas, real name Taylor Rotunda, is a third-generation WWE wrestler following in the footsteps of his grandfather, Blackjack Mulligan, and his father, Mike Rotunda, who played numerous characters including that of I.R.S.

His family heritage within pro wrestling also includes uncles Barry and Kendall Windham, along with his brother, Windham Rotunda, who is better known as Bray Wyatt.

The 29-year-old has not found the same level of superstar status as his brother. Although, he remains on the active WWE roster despite the recent series of cuts.

Bo Dallas has captured the Raw tag titles as part of The B-Team and is also a former 24/7 champion. Axel was released, but Dave Meltzer of the Wrestling Observer has reported Dallas kept his job.

Follow your dreams, never forget why you had [email protected] in the first place. #TheOriginalNXTChampion #TheFutureWasAlwaysNOW pic.twitter.com/sAUUhyNVMl

“Yes, Bo Dallas is still employed. I have no idea what the criteria is, but you know, he was — I know on like the list, if you look at the list of people that were probably going to be cut, I thought Bo Dallas was going to be pretty high on that list,” Meltzer said. “But for whatever reason, he probably never complained because everyone who ever complained were the ones who were let go.”

Mike Rotunda was furloughed by the promotion during the mass exodus of talent.