SmackDown In A Nutshell: Still Setting Up Survivor Series

It's time for another SmackDown In A Nutshell, with this weeks' focus being on the blue brand still setting up Survivor Series.

We end another wrestling week with another SmackDown In A Nutshell. This week’s mission: still setting up Survivor Series.

As in, both the men’s and women’s teams have work to do and members to add. Sure, we know about Jey Uso and Kevin Owens, for example, but that’s about it.

We can expect another qualifier or two before the night is through.

Plus, let’s not forget, we have the rematch between Sasha Banks and Bayley, for Banks’ recently won SmackDown Women’s Championship.

There’s also going to be more on the Tribal storyline, as we see how cousins Roman Reigns and Jey Uso function together…if they do at all.

It should be an interesting week, with one goal in mind.

Still setting up for Survivor Series!

So, without any further delays, let’s crack open this Nutshell!

The first one, right out of the gate. Sasha Banks and Bayley. 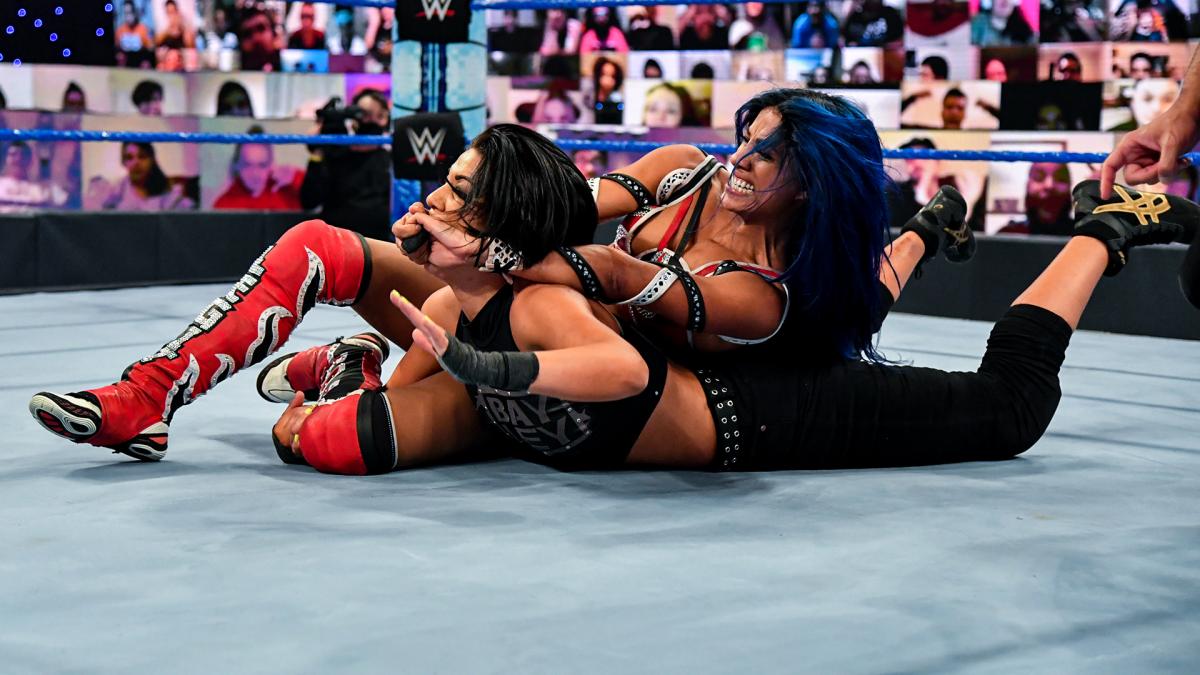 It’s BOSS TIME!!! This is how you kick off #SmackDown with the Smackdown Women’s Champion The Legit Boss @SashaBanksWWE https://t.co/2EETPCnNEM

This match tied up the Banks/Bayley program, one would think. It also sets up a possible Carmella/Banks program, based on the fun after the match.

Flip a coin, I wasn’t a fan of either of these matches-and they were back to back.

First up, the women’s triple threat to determine a spot in the Survivor Series match. Above all else, why give this match less than five minutes of run time?

Next, Seth Rollins and Otis. Sure, the Murphy stuff furthers that program…but Otis just had the briefcase…and now he’s losing quickly. 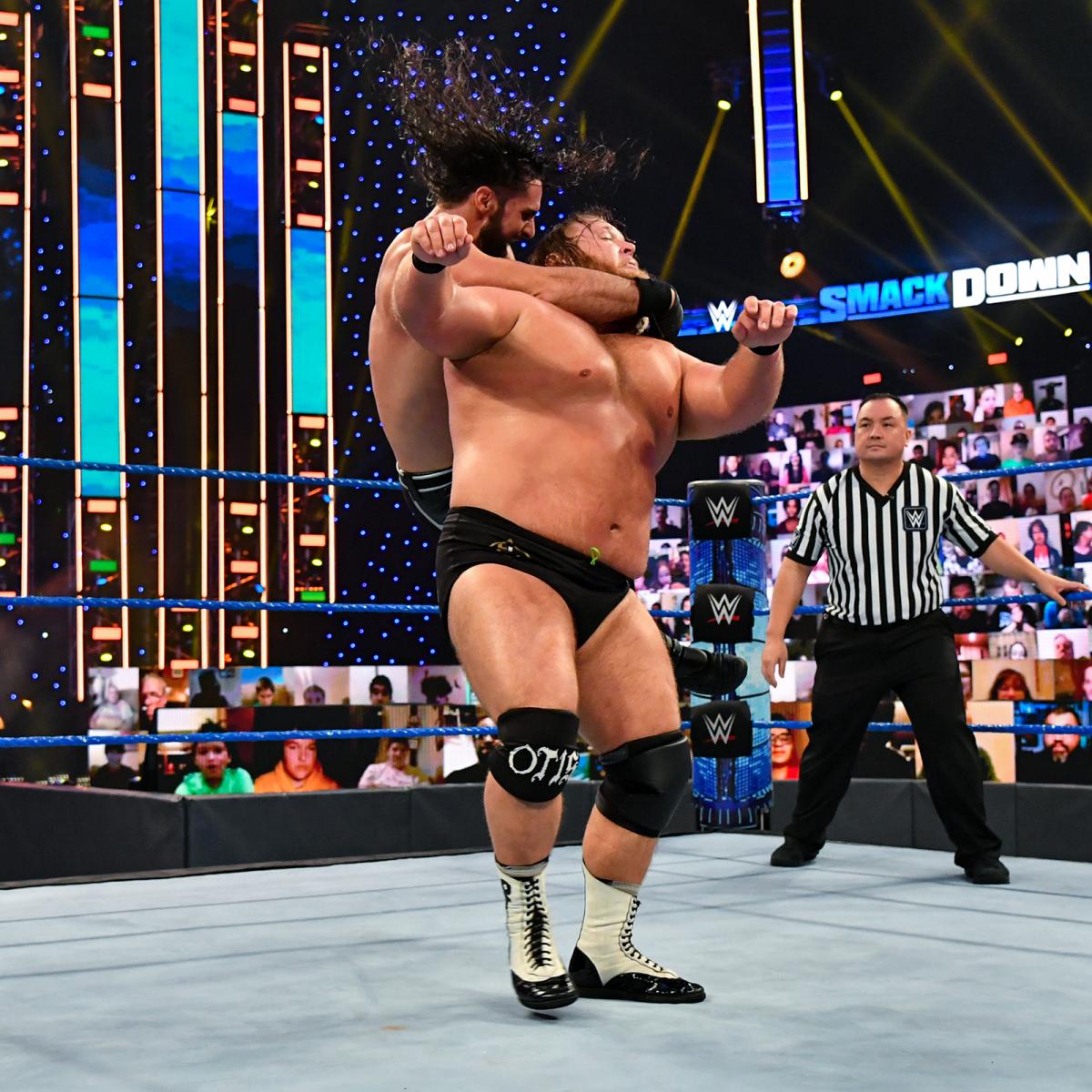 No harm in losing to a former champion like Rollins…but at least give the guy a bit more time to work?

I am admittedly taking the easy road here…but I like what I saw from both of SmackDown’s top champions.

Roman Reigns (and Paul Heyman) are doing the right things. Has to make someone in Stamford wonder why they waited so long to make Reigns a heel again. 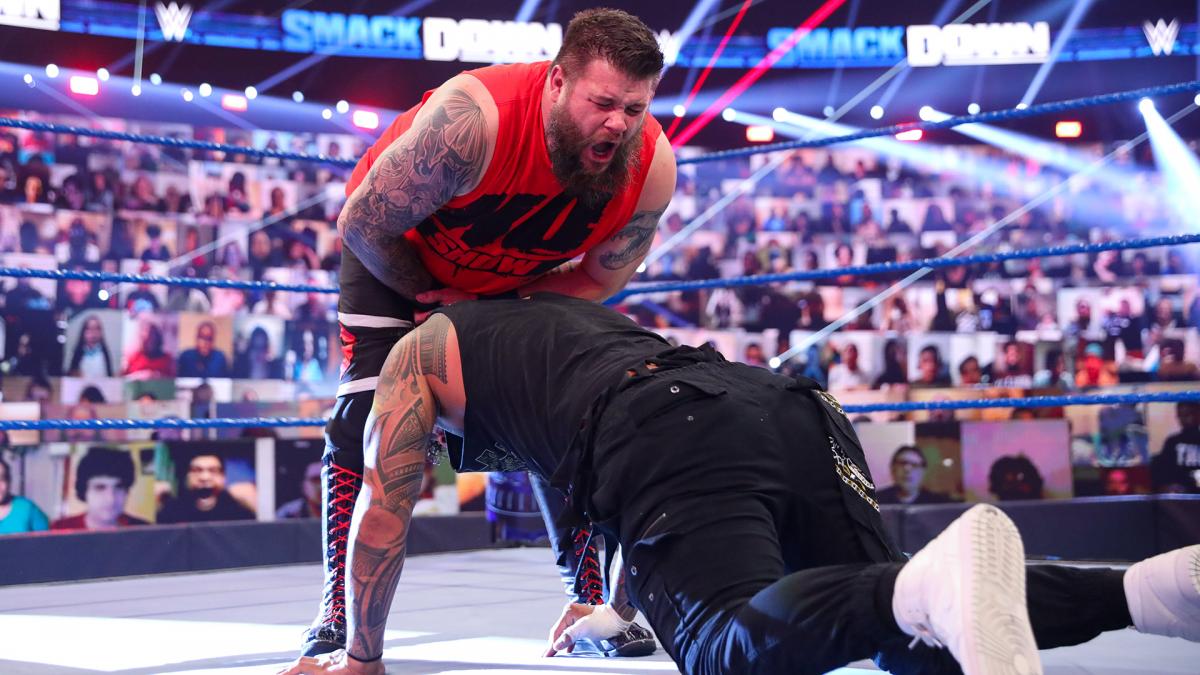 Sasha Banks (and Bayley) delivered another in their long line of great matches. 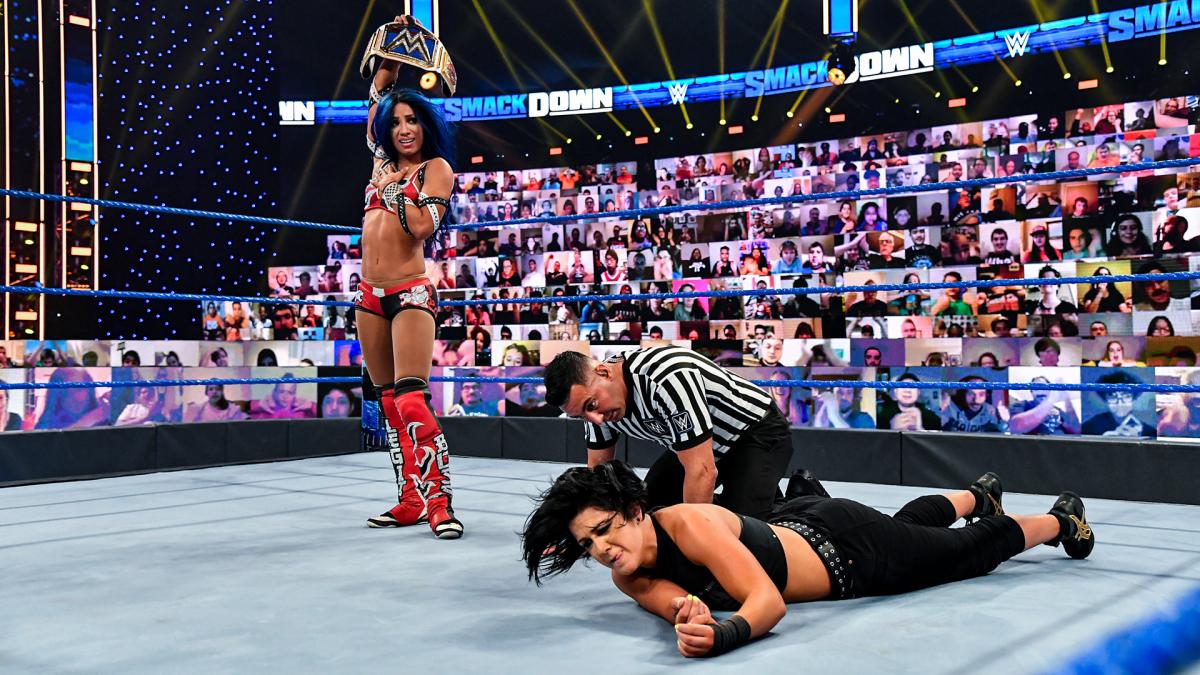 Not a big spot, but certainly a notable one. Carmella is back, and she made the SmackDown Women’s Champion well aware of her presence. 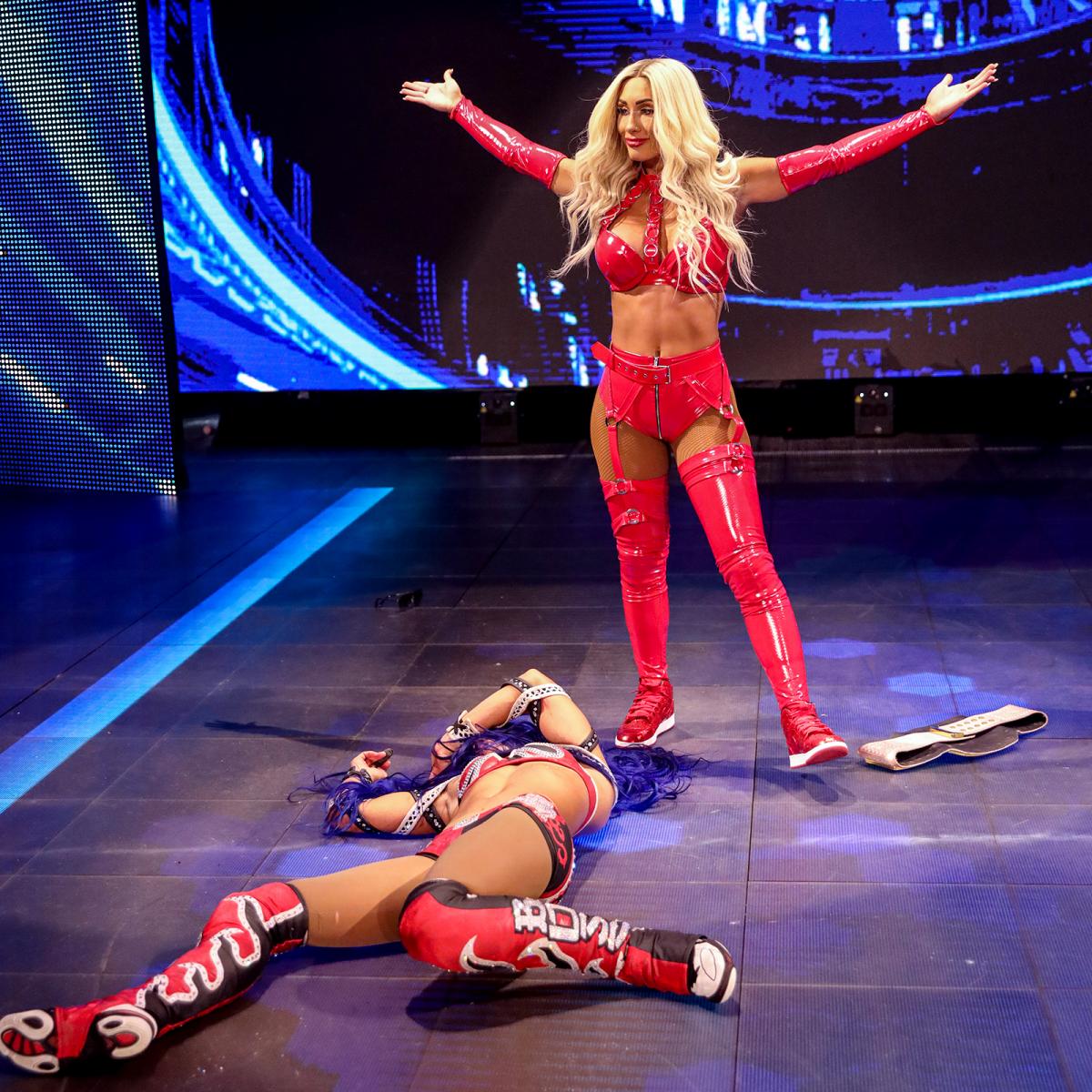 Not going to lie…really felt like Otis got jobbed out tonight.

None comes to mind.

Tough to go with any tonight…but I will throw this one out there.

I am curious to see to what extent they take this whole tribal chief concept. Tonight, we saw Reigns seem to be unhappy at who Jey was talking to, and what about.

In the main event, I am pretty sure there was one…

Uso went for a suicide dive to the outside on Kevin Owens. It looked to me as though Jey did not make it clean through the ropes, and KO had to work to make things safe and watchable. 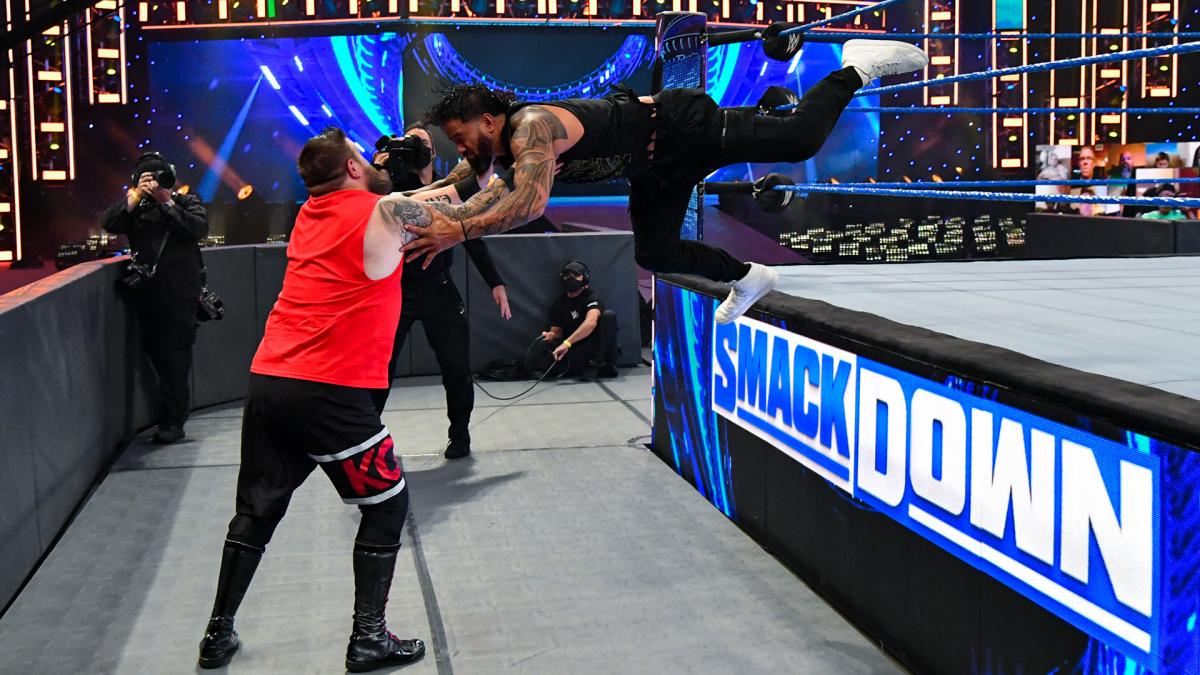 I could be wrong, of course…

Billie Kaye, offering her assistance to the Street Profits. “I was on RAW, I know the secrets of the locker room”. And the Profts shot back?

I am still not quite sure how I feel about the Mysterio-Rollins stuff still going on…I haven’t been overly enthused by it, going back to them on RAW. 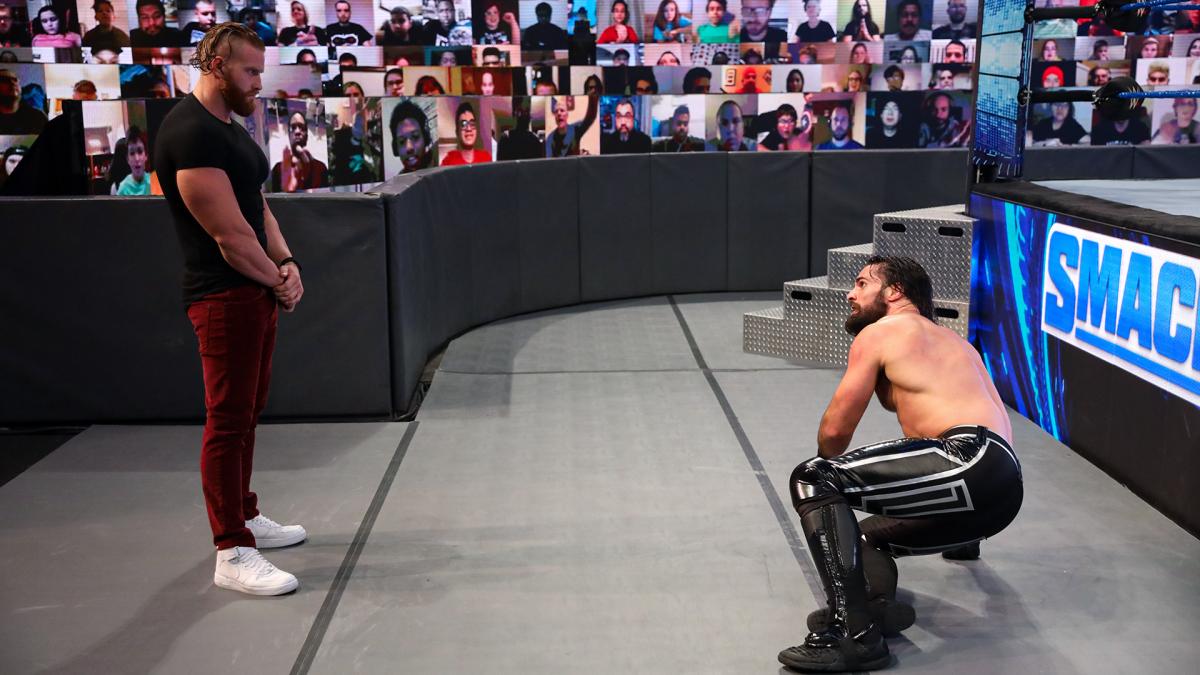 That said, I will say that there seems to be something bigger coming. And I am not the only one curious or invested in seeing where WWE tries to take it next.

Is Murphy playing Seth? or Seth and Murphy trying to break the Mysterio family from within

I am still invested in this storyline#SmackDown

I really don’t care for the shorter matches.

I would, for the most part, prefer they take the 1 or 2 short matches, and instead give us one of those as a bit of a longer match.

While I may have not liked the entire flow of the show, for the most part it worked.

We had a strong open and a relatively good close, and satisfying progression for most of the programs.

Overall, a decent show. Nothing really to rip apart.

SmackDown is still setting up for Survivor Series, and this edition of SmackDown continued that effort.