A WWE break is coming for Seth Rollins as Becky Lynch's due date approaches. And, Zelina Vega was emotional talking about her release.

Seth Rollins will be getting a WWE break as Becky Lynch prepares to give birth. Also, on Twitch, an emotional Zelina Vega talked about her WWE departure.

Shortly, Seth Rollins’ world will dramatically change. Next month, he and his fiancée will be welcoming their first chid into the world.

Since caring for a baby is no easy task, especially for new parents, Rollins will be taking time off from WWE. The estimated time away is four to six weeks.

After Friday’s SmackDown, it seems like WWE is wrapping up angles that feature “The Messiah.” To end their six plus month feud, Rey Mysterio defeated Rollins on Friday.

The match saw Murphy completely turn face as he is no longer a disciple of Rollins. Murphy attacked Rollins with a chair, allowing Mysterio to get the win and end the feud.

For this actions, Rey and Dominik Mysterio gave their blessing for Aalyah Mysterio to date Murphy. Later in show, an angry Rollins demanded a match with Murphy.

A triumphant night for the Mysterio family & @WWE_Murphy!

What a way to end the final chapter on #SmackDown! pic.twitter.com/7gI8XW0be8

Rollins vs. Murphy will take place next week on SmackDown. WWE will book the match in a way to write Rollins out of storylines until late December or early January.

There is chance WWE has Rollins return during the Royal Rumble Match in late January. The event is known for brining back superstars as surprise entrants.

As for the Becky Lynch, she has remained rather silent since announcing her pregnancy. Outside of a few social media post, she seems to be keeping pregnant life away from fans. 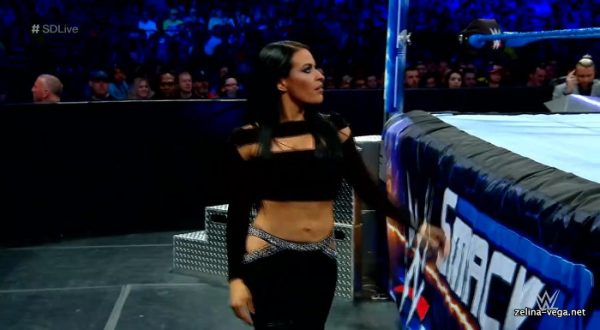 WWE decided to release Zelina Vega in a shocking move, which apparently resulted over Twitch. She was not willing to follow WWE’s new policy of leaving third party platforms.

Not longer after the release was made public knowledge, Vega teased that she would appear on Twitch. She specifically thanked Tommy Dreamer, The Rock, Triple H, Stephanie McMahon, Norman Smiley and Terry Taylor while also getting emotional.

“This is all I wanted to do […] I’m sad. I’m completely heartbroken. Obviously, this isn’t the last you will see of me.”

“I love you all and I’m thankful for every single one of you. If I go down as someone that stood up for themselves, so be it.”

The release was met with shock and lots of well wishes poured in. WWE not allowing superstars to use third party platforms to make money has drawn criticism from the political world too.

There is a chance WWE could be facing some tough questions and forced to answer questions with how they label their talent. In conclusion, Vega seems like the first major name to have been terminated for her decision to stay on Twitch.