Roman Reigns will need a new challenger soon and a big angle is already set. And, Paige is refusing to leave Twitch; despite WWE's warning.

If you missed SmackDown, then WWE already teased Roman Reigns and his next big angle. Also, Paige is defying WWE and not leaving Twitch.

Currently, Roman Reigns’ next opponent is scheduled to be Randy Orton. They will battle at Survivor Series in a champion vs. champion match.

That is likely a one-time match as both are heels and are on different brands. Therefore, WWE needs another program for Reigns.

Right now, the idea is for Daniel Bryan to feud with Reigns over the Universal Championship. The angle already started on the most recent episode of SmackDown.

Oh well this looks more like a heel turn doesn’t it? https://t.co/OSduGc5lXQ

After Jey Uso defeated Bryan for a spot on Team SmackDown, he continued the attack. Eventually, this will lead to Reigns’ next angle.

In the Wrestling Observer Newsletter, they noted how Bryan is the most logical choice.

“Bryan is the best bit in the sense he’s someone Reigns can have a great match with, has the star tenure and can cut the promos to tell a story to build it. But with such a nothing return, Bryan was brought back seemingly as a mid-card face in the crowd on the No. 2 babyface tag team on the brand.” 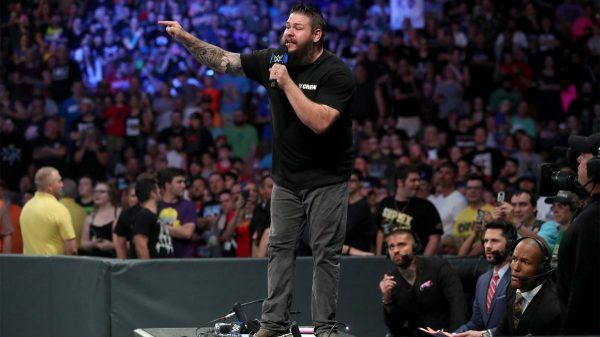 Besides Bryan, WWE has a few other options. In particular, Big E, Kevin Owens and Rey Mysterio could challenge for the title.

For now, WWE is still building Big E up. There is a rumor floating that he could win the Men’s Royal Rumble Match in January.

As for Mysterio, he is busy with his Seth Rollins feud. They have been battling for months and the entire Mysterio family is now involved.

Owens is always a possibility that WWE could use down the line. Since joining SmackDown, Owens has reminded without a major angle.

Lars Sullivan was also mentioned as Vince McMahon sees big things for “The Freak.” But, heel vs. heel is usually not how WWE likes to book matches.

Bryan and Reigns have met before, with the current champion securing the win. The match got fans excited, so there is no reason the rematch should flop. 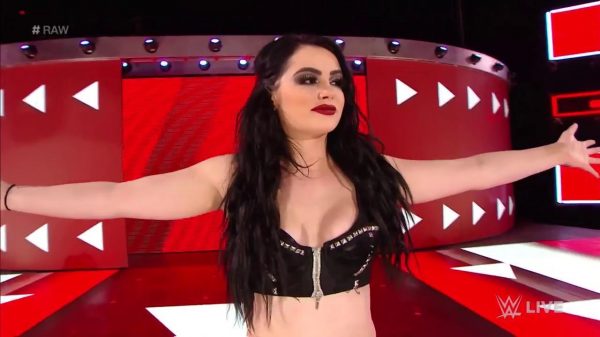 WWE has forced their talent to remove themselves from third party sites likes Twitch and Cameo. This has caused WWE to get lots of slack as many wrestlers make a nice income that way.

With meet and greets currently on hold because of COVID-19, superstars found these sites as ways to make up for lost income. Many have been critical of WWE’s decision, but none more than Paige.

Now, Paige is not backing down as she refuses to leave Twitch. She went into great detail for her reasoning.

“I feel really happy today because of all the support that was given. I don’t have a lot going on, so this is really special to me.”

“I’m always one that speaks my mind. It’s kind of bittersweet because I can get in trouble for being honest and having an opinion or it can be something very positive where I helped a lot of people.”

“I like to stand up for what is right. For not just me, but for everybody. I think it’s very important to always carry yourself in a certain regard.”

“You know, I just want to carry myself in a way where people can look at me one day and say, ‘wow, she wasn’t afraid to stand up for herself.’ I just feel like that is more of a role model.”

“I want to continue trying to be a role model for people and show people that you can say and do whatever you want if it’s in the right way.”

Talk Of Forming A Union

Paige will not be medically cleared to compete by WWE, so she uses Twitch and other sites to make money. The issue has caused several wrestlers to speak directly to Vince McMahon, but he won’t change his mind.

With the election coming up, talk of unionizing continues in WWE. At the moment, WWE wrestlers are considered independent contractors and cannot form a union.

But, that may change in a matter of months. It all depends what happens over the next couple of days in Unites States politics.