Becky Lynch's baby is coming soon and she shared a photo of her baby bump. And, here are the early favorites to win the men's Royal Rumble.

Since taken a leave of absence from WWE TV, Becky Lynch’s social media presence has been silent. Now, she is sharing one of the first baby bump photos.

Also, there are some early favorites to win the men’s Royal Rumble Match. And, the favorite is bit shocking. 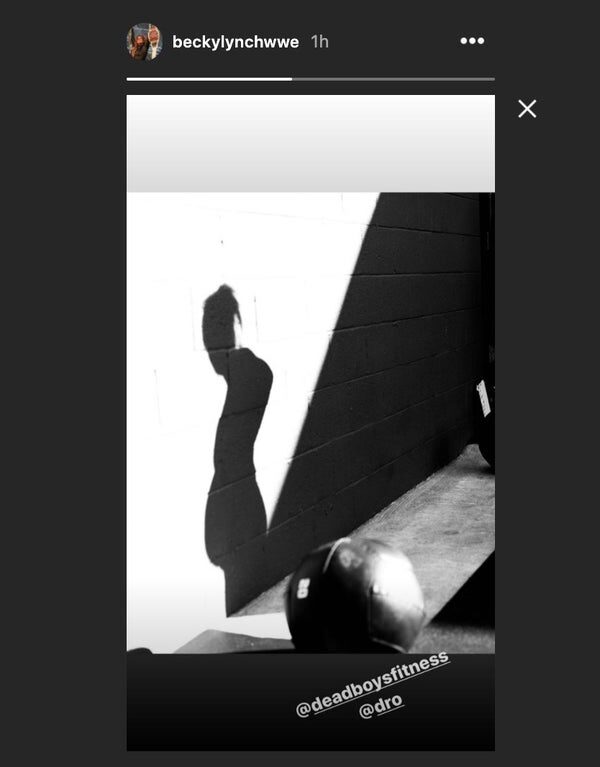 The days continue to countdown for Becky Lynch and Seth Rollins to welcome a new child into this world.

Lynch left the WWE several months ago, vacating the women’s title after announcing that see was expecting. Now, “The Man” is less than two months away from giving birth and is definitely starting to show a baby bump.

As they always do, the WWE continues to press forward without Lynch. However, the women’s divisions on both RAW and SmackDown have felt a little less than the same since her departure.

Lynch has given no specifics in regards to a timeframe for her potential return to the WWE ring. Her own social media posts have been few and far between since the news, with the “baby bump” photo coming from someone else tagging Lynch in it.

The 33-year-old Irish-born Lynch left in May of this year. She is regarded as one of the biggest and highest paid stars in WWE.

Lynch has held the RAW women’s title once, the SmackDown women’s belt three times and won the 2019 Women’s Royal Rumble.

Vince McMahon has hoped for Ronda Rousey vs. Lynch at WrestleMania 37, but that is far from confirmed.

We are months away from WWE’s Royal Rumble, and that means added speculation as to which superstar will come out on top.

According to Sky Bet, the latest odds have shifted in regards to who will punch their ticket to WrestleMania.

Once priced as high as 33-to-1, Big E is now the odds-on-favorite to capture the Men’s Royal Rumble bout. Big E has turned into one of the main babyfaces in WWE and sits at 2-to-1 to win the event.

This is literally me. https://t.co/UseullhPd6

Following Big E in the pecking order is Edge and Keith Lee, who are both listed at 7-to-1. Roman Reigns sits at 8-to-1 and AJ Styles is a 9-to-1 favorite.

There is currently little information about Royal Rumble 2021 including where and when it will go down. With COVID-19 still a main issue, it is possible that the “ThunderDome” serves as the host come January.

WWE is hopeful to be back hosting live events in some capacity prior to Royal Rumble taking place.

The first official Royal Rumble took place in 1988 from Hamilton, Ontario, Canada and the Copps Coliseum. Hacksaw Jim Duggan was the winner that year.

Royal Rumble has helped launch the careers of several superstars while also featuring plenty of big-name returns at the same time.

In conclusion, WWE has looked to make Big E a major star. If he win the Royal Rumble Match, then his stock has clearly risen.