Vince McMahon fired a wrestler three times, but he completely forgot and it led to an awkward meeting. And, Michael Elgin is going to rehab,

Jimmy Yang had three runs with WWE, but apparently Vince McMahon forgot he fired the wrestler until an awkward meeting. Also, Michael Elgin is headed to rehab.

In WWE, earning a contract once is hard enough as that is the goal for most wrestlers. For Jimmy Yang, he was able to work with WWE on three occasions.

The third stint had an interesting backstory that he told on Tommy Dreamer’s House of Hardcore podcast. He was in the area for a WWE event and they decided to put on him Sunday Night Heat with Charlie Hass.

Not longer after, he was requested to visit Cincinnati and he accepted. Once at the arena, Johnny Laurinaitis informed Yang that Vince McMahon wanted to sign him again.

At the time, Yang was working for Ring of Honor. Since the promotion was not giving out contracts, he took Vince up on the offer.

After hearing Vince wanted him back on WWE TV, he opted to thank the boss. To Yang’s surprise, Vince did not realize he was released several years prior. 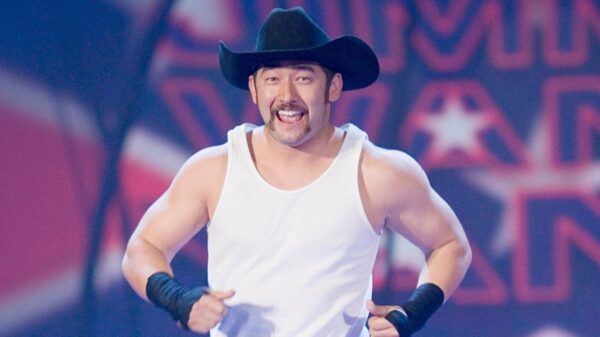 “This is like the third time this dude’s hired me,” said Yang. “This is kinda crazy. I wasn’t expecting it, but this is the third time so I kinda like sneak in his office.”

“A little knock and he opens up, ‘Come in!’ I said, ‘Hey Vince, I wasn’t expecting it but thanks for hiring me again.’ He’s like, ‘Oh Jimmy, I didn’t hear you were fired. Just had so much on my plate. But hey, that’s great you’re back and this time, we’re gonna make a negative out of positive.”

Vince’s Idea To Turn Yang Into A Redneck

By now, Vince already a gimmick for Yang. Instead of portraying a  stereotypical Asian like the past, his new gimmick would be more of a proud redneck.

“[Vince said] Like last time [when] you were Akio, I didn’t let you talk because you were this Korean dude that has this Southern accent. I can’t let you talk. But this time, we’re gonna make you the Asian Redneck, Jimmy Wang Yang! That’s funny! Wang Yang, that rhymes!’”

“I was like, ‘Yeah cool Vince, whatever. As long as that check comes Monday, I’ll do whatever you want.’ He’s like, ‘Okay, get out of my office.’”

The gimmick was met with popularity by fans. He would never win any titles for WWE, but he did get a few more years with the promotion before being let go in early 2010.

Since leaving WWE for the third and final time, Yang has not done much competing. He started a pest control business and now runs a party bus with the theme of ‘redneck’ or ‘princess.’ 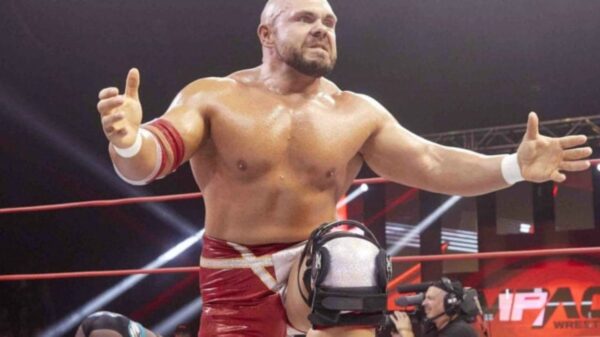 After an awful year, Michael Elgin is headed to rehab. He made the announcement on social media.

Elgin noted he was injured several times and refused to take time off. Instead, he rushed back to the ring and would self medicate.

Earlier in the year, Elgin was suspended and later released by Impact Wrestling. The former ROH World Champion and star in New Japan Pro Wrestling was part of the Speaking Out Movement.

Due to previous sexual assault allegations, Impact Wrestling made the decision to let him go in June. Wrestlers across many promotions were either suspended, fired or sent to rehab due to their past actions.

AEW’s Sammy Guevara was suspended for comments he made about Sasha Banks and WWE quickly fired Jack Gallagher. Dozens of talent, including non-wrestlers, have now been blackballed in the business with some promotions even closing.