Three NXT UK names have been fired after allegations were made as part of the #SpeakingOut movement. And, Roman Reigns on family over WWE.

The #SpeakingOut movement has seen several wrestlers be called out for their previous actions. Many of the allegations being made are against superstars from overseas and that includes NXT UK.

According to F4WOnline, NXT UK referees Joel Allen and Chris Roberts have been let go. In addition, wrestler Joe Coffey was suspended after allegations were made.

Up until now, WWE is still investing the matter.

While part of NXT UK, Coffey was given a decent push. At NXT UK Takeover Blackpool II, Coffey lost to Walter in the championship main event.

Giving this man 40 + minute main events was a crime

I’m shocked and pleased with how well WWE are handling the abuse allegations 😃😃😃 https://t.co/GmURaqgS89 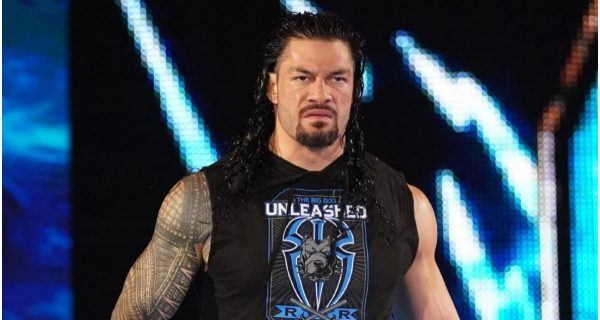 Due to COVID-19, WWE saw one of their biggest stars take a hiatus. Because of his previous battles with leukemia, Roman Reigns has opted not to partake in any programming.

While the decision was not shocking, the timing was. About 10 days before his WrestleMania 36 title match with Goldberg, Reigns pulled out.

Instead, Braun Strowman was placed in the match and walked away as Universal Champion. If Reigns decided to stay, he would be in possession of the title now.

While speaking to The Hindu, Reigns discussed selecting family over WWE

“For me, I just had to make a choice for my family,” said Reigns. “The company [WWE] has done everything that they can to make it the safest work environment possible. It is not the workplace that I was necessarily concerned about.”

“I trust my life with my co-workers every time I step foot in the ring, but I just can’t put the same trust when it has my children, my wife and my family involved. But I don’t want it to come off as I am taking a stand against the company at all.”

“Because I love the WWE. I’ve been a part of this company just since I was a little boy. That’s why I always take it so personally when I represent them.”

As of now, there is no talk of Reigns’ return to WWE. With there being no vaccine available, that could mean Reigns is out until 2021.

There have been conflicting reports on how Vince McMahon feels about Reigns’ absence. Some say it is understandable and others question if McMahon is upset.