Roman Reigns never quite retaliated to fans in the past, but this has now changed. With his new WWE persona, Roman Reigns slams a fan.

Roman Reigns’ new heel persona is also coming with a new biteback attitude as he slammed a WWE fan for criticizing him. 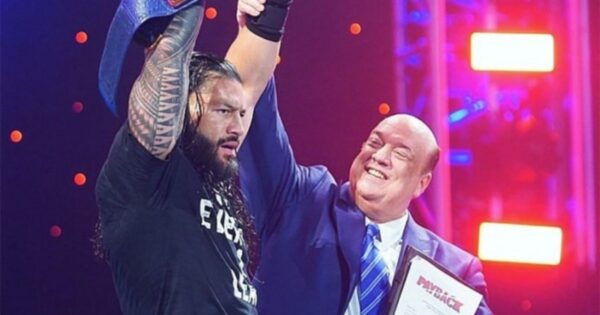 Many fans have taken to social media in the past to criticize Roman Reigns. However, as the face of the company, he never truly retaliated against those negative comments.

However, on social media, a fan noted how Roman Reigns is being “forced down people’s throats” again. Roman responded by stating he is the best performer of the current generation.

Only reason I’m down your throat, is because you keep your mouth open. I’m the best performer of this generation period and the title is finally in the right hands for it to hold true value. https://t.co/E7PzVUP20D

While some fans took the Roman’s statement in a positive way, not everyone did. In fact some fans turned against the WWE superstar faster than his Universal Championship recapture.

Naturally, this is not the first time that Roman has been criticized for his in-ring work. However, this time his persona allows him to snap back. 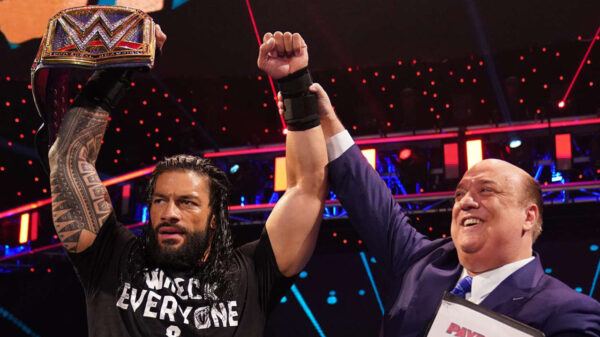 A lot of fans responded to Roman’s statement on his social media account. Unfortunately, the large majority of those comments were negative.

The majority of fans believe that Roman is far from the best performer out there. Names that kept popping up included Kenny Omega and Kazuchika Okada.

Best performer of this generation wtf are you smoking partner heel gimmick or not Kenny Omega, Kazuchika Okada, or even Seth Rollins would like to have a word with ya

Of course, the best wrestler in the world is subjective. Every person has his or her own preferences including style as well as gimmick.

There is no denying that Roman is one of the most prominent performers in sports entertainment. While he is not the most versatile, he made it far in the industry nonetheless.

Having Paul Heyman by his side might be exactly what Roman needs at the moment. While he is not the worst on the mic, he is far from the best.

Some Fans Believe The Fiend Is The True Champion 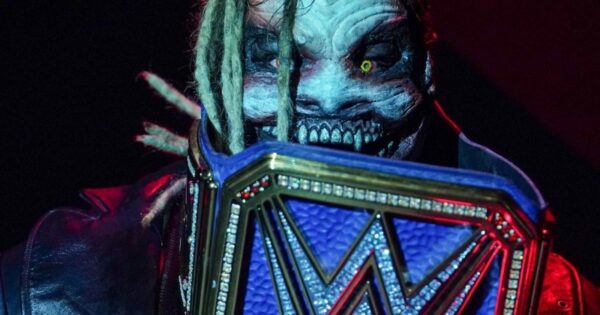 Another thing that stood out in the social media comments is that most fans see The Fiend as the deserving Universal Champion. Now, I do not necessarily disagree with that statement.

Over the past year or so, The Fiend has been my constant in the WWE. In other words, he has been the guy who always entertained me.

It is not uncommon for wrestlers to hit a slump and The Fiend certainly had his when he still wrestled as Bray Wyatt. However, The Fiend is a much stronger persona with fewer slump-related issues.

Do I believe The Fiend should still be holding the title? Yes, I do.

While I do not share the opinion of some critics that Roman is a poor wrestler, I do think that The Fiend is a better attraction in terms of the championship. He has so many creative ideas, I would hate to see them lost.

While everyone does have their preferences, I think this kind of persona is no longer working in terms of long-term entertainment.

Don’t get me wrong, Roman works hard and certainly deserves the title. I just hope the WWE can do something a little more creative in terms of his persona.

The solution? Make him the Retribution leader, *drops mic.