RVD is a fan of weed and that caused Stephanie McMahon to speak to the former WWE star. And, Kenny Omega has not been featured in AEW like many thought.

Rob Van Dam (RVD) is a fan of weed and that caused Stephanie McMahon to speak with the former WWE Champion. Also, the latest on Kenny Omega’s AEW status.

When you think of Rob Van Dam (RVD), people might think of all his pro wrestling accomplishments. But, many associate RVD with marijuana.

In the United States, the stance on marijuana use has drastically changed the last decade. Once considered a dangerous drug, many states now allow the substance for medical and/or recreational purposes.

While people continues to debate the use of marijuana, RVD has always been a supporter. During his time in WWE, that turned into a problem.

While speaking with High Times, RVD mentioned a conversation with Stephanie McMahon. Instead of telling RVD to stop using the drug, she requested that he be more discrete.

“She said, ‘Look if you’re going to get high, at least be discreet about it,’” said RVD to High Times.

An example was simply changing his t-shirt so the smell would not be as pungent.

“I used to advocate from the perspective of feeling like I knew something that everyone else needed to know,” said RVD.

In WWE, they have their Wellness Policy. Illegal drugs and failing to provide documentation for prescriptions results in suspense and possible release.

Although, marijuana does not result in either penalty. Instead, the wrestler pays a fine somewhere in the $2,500 area.

In WWE, the wrestlers call the fine a marijuana tax. While we do not know how many people use the substance in WWE, the number is rumored to be 70%-90%.

RVD never failed a drug test in WWE, but did get suspended. The timing could not have been any worse.

Lol! One of my friends just told me he didn’t know Rob Van Dam smoked weed! 🤣🤣🤣

Shortly after wining the WWE Championship and introducing the ECW Championship, RVD and Sabu were pulled over in Ohio. They were booked for possession of marijuana.

As a result, both were suspend. Before starting his 30 day suspension, RVD dropped both titles on back to back nights.

Moving forward, RVD would never get another run with the top titles in WWE. 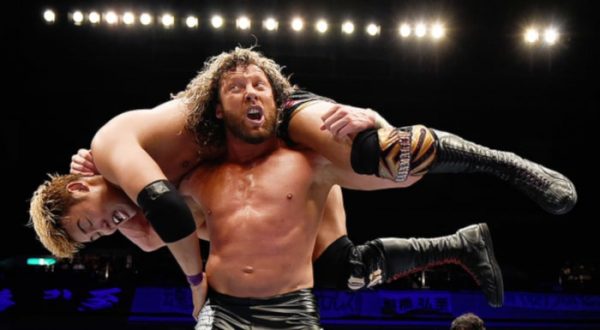 As All Elite Wrestling (AEW) was being created, several people were about to become free agents. In particular, some former Bullet Club and Elite members needed a new home.

WWE sent out plenty of feelers and offered big money contracts to the likes of The Young Bucks, Adam Page, Kenny Omega and Cody Rhodes.

In the end, all those names went with the startup promotion AEW. All have found success, but some people are questioning the lack of push for Omega.

In New Japan Pro Wrestling, Omega was featured as the top star. Many expected him to be in the main event right away for AEW.

Instead, Omega spent most of 2019 trading wins and losses. Then, he partnered with Page and they captured the tag titles.

During the Wrestling Observer Radio, Dave Meltzer addressed Omega’s position in the company. He noted the idea was always for Omega to build future stars.

Now that AEW is in their second year, the idea is to place Omega higher on the roster. COVID-19 has caused changes, but that was the original plan.

Since winning the tag titles, there has been tension between Omega and Page. Many assume one will turn on the other down the road to elevate both stars into the main event.