WWE Vince McMahon's behavior is getting more erratic, as he wanted to an axe a match in the middle of an ad break.

WWE Chairman Vince McMahon has been behaving erratically these past couple of months, and it seems it’s not getting better. In fact, Vince McMahon wanted to axe a Cesaro match in the middle of an ad break. 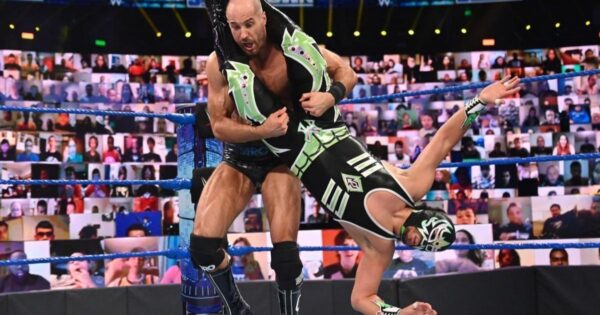 While most viewers enjoyed the match between Cesaro and Gran Metalik, Vince McMahon did not. According to inside sources, WWE Chairman Vince McMahon wanted to stop the match.

Vince McMahon allegedly screamed into his headset during the match. It is claimed the referee was told to tell the men to speed things up and end it as soon as possible.

Cesaro has been held on the B-list for years. Vince has never believed in Cesaro, despite his popularity with the WWE Universe.

It remains to be seen if Cesaro will take Vince’s moods much longer. After all, there are other promotions where he would be appreciated.

Cesaro is not the only wrestler who gets the wrath of Vince McMahon. Nevertheless, this outburst could have consequences for Clash of Champions.

Consequences For Cesaro at Clash Of Champions? 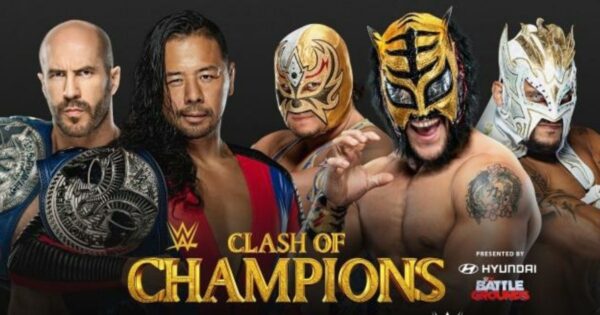 While it is unclear why Vince hated the match between Cesaro and Gran Metalik, the outburst could have consequences for Cesaro at Clash of Champions.

Cesaro and Shinsuke Nakamura are defending their titles against Lucha House Party. Now, if Vince blames Cesaro for the match over Gran Metalik, then the title could change hands.

On the other hand, if Vince blames Gran Metalik, then the titles are likely to remain where they are.

At this point in time, we can only guess why Vince McMahon flew off the handle during the match. However, nobody can deny Cesaro is a solid performer.

Cesaro has been putting on good matches, despite the fact he is underappreciated by the WWE. Gran Metalik is also an experienced wrestler, and far beyond most talent where wrestling skill is concerned.

It is likely that Vince McMahon is frustrated and stressed because of the competition and dwindling viewership numbers. Of course, taking that out on talent is not the best thing to do.

WWE lost countless wrestlers over the past year. Some of these wrestlers were released, while others chose to leave the company of their own accord.

Since the roster has thinned out considerably, there is not much talent for Vince to fall back on. Add to that the failing WWE programming, and there is some serious trouble for the WWE Chairman.

At this point in time, Vince is dealing with a rather self-created problem. If the culture in the WWE does not improve, then I foresee a lot more wrestlers leaving.

The recent incident with Cesaro and Gran Metalik proves that Vince does rule with an iron fist in the WWE. Naturally, this makes the WWE not the best place to work.