It's time for RAW In A Nutshell, and this week our burning question is how is WWE moving on from Clash of Champions?

It’s the start of another wrestling week, which of course gives us another RAW In A Nutshell. The issue at hand this week: moving on from Clash of Champions.

That, of course, refers to the September PPV from the night before. WWE advertised it as a gold rush, but it was more like a gold bust.

Still, with the event over and done with, it’s time to see what moving on from Clash of Champions looks like.

After all, WWE has Hell In A Cell dead ahead, and off in the distance we can see Survivor Series (we just don’t yet know where that will be).

So how do we move on from Clash? That’s a loaded question, isn’t it?

We can expect that at least some feuds ended at Clash. It’s probable that we don’t see Randy Orton going after the WWE Champion again anytime soon.

The Intercontinental Championship picture certainly seems more settled than not now, too.

Perhaps the biggest questions lingering pertain to the WWE Women’s Tag Team Champions, as the current title holders were unable to perform on Sunday. Bayley’s challenger couldn’t either, but that is a Friday problem.

So, what do we get next? Do we get more from Retribution?

How about an expected return or two to keep things interesting?

How do we move on from Clash of Champions? 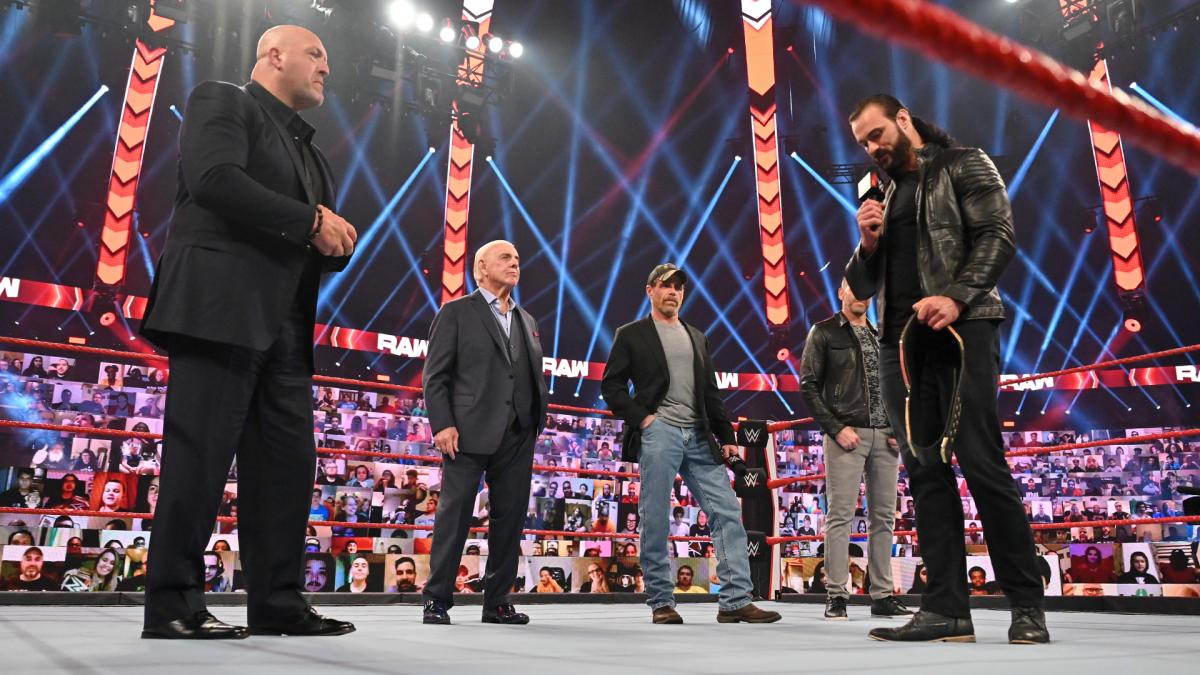 I did like Robert Roode and Drew McIntyre, so that’s my call tonight. 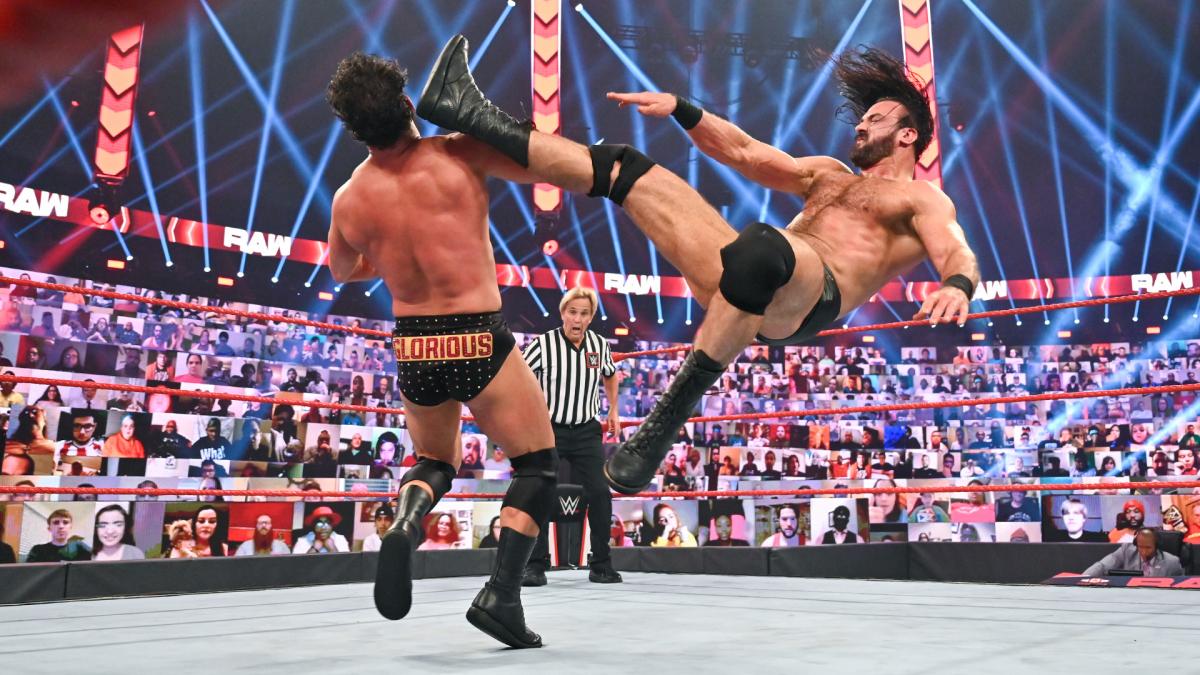 I think I am going with Lana and Natalya versus Mandy and Dana Brooke. 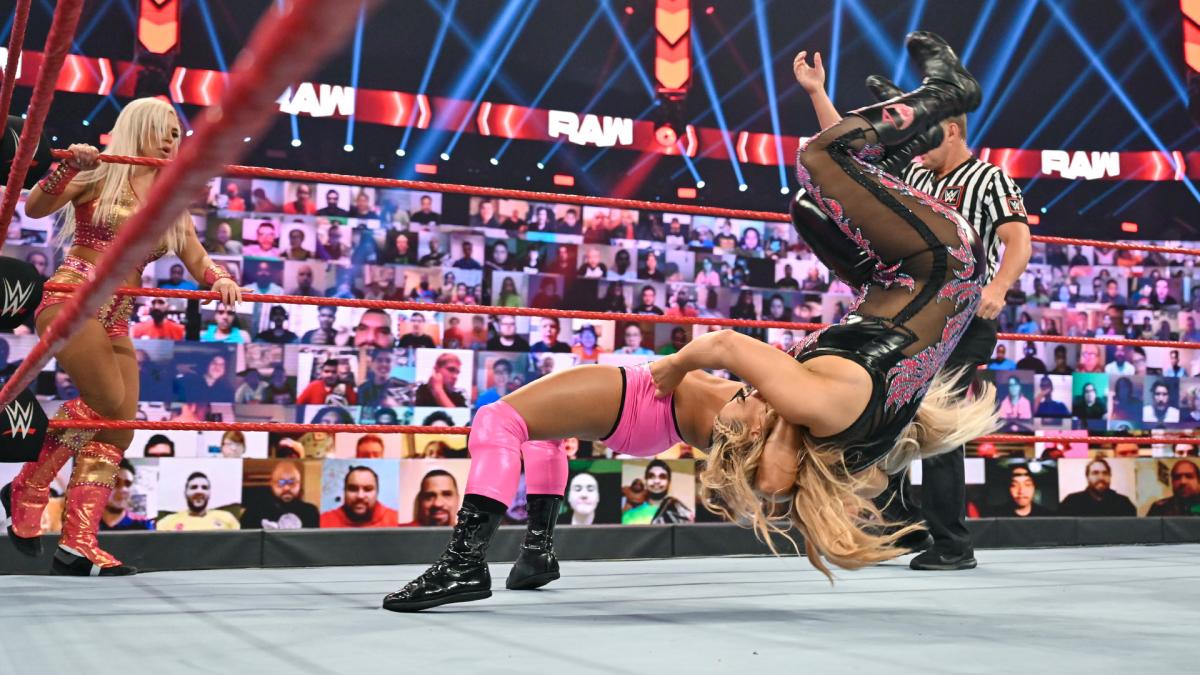 Tough call, but I feel like we can give this to the returning Robert Roode. He lost, but it’s good to see him back. 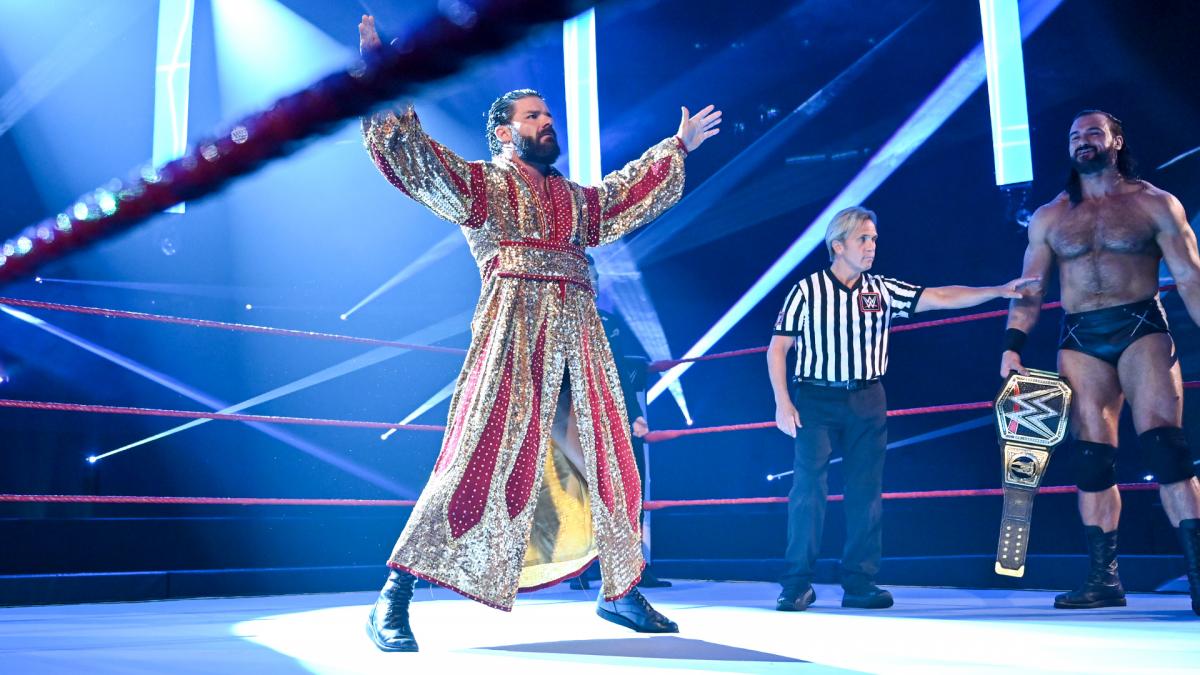 We have a few choices here.

Andrade, losing quick to Keith Lee. Good for Lee getting a decisive win though, I guess. 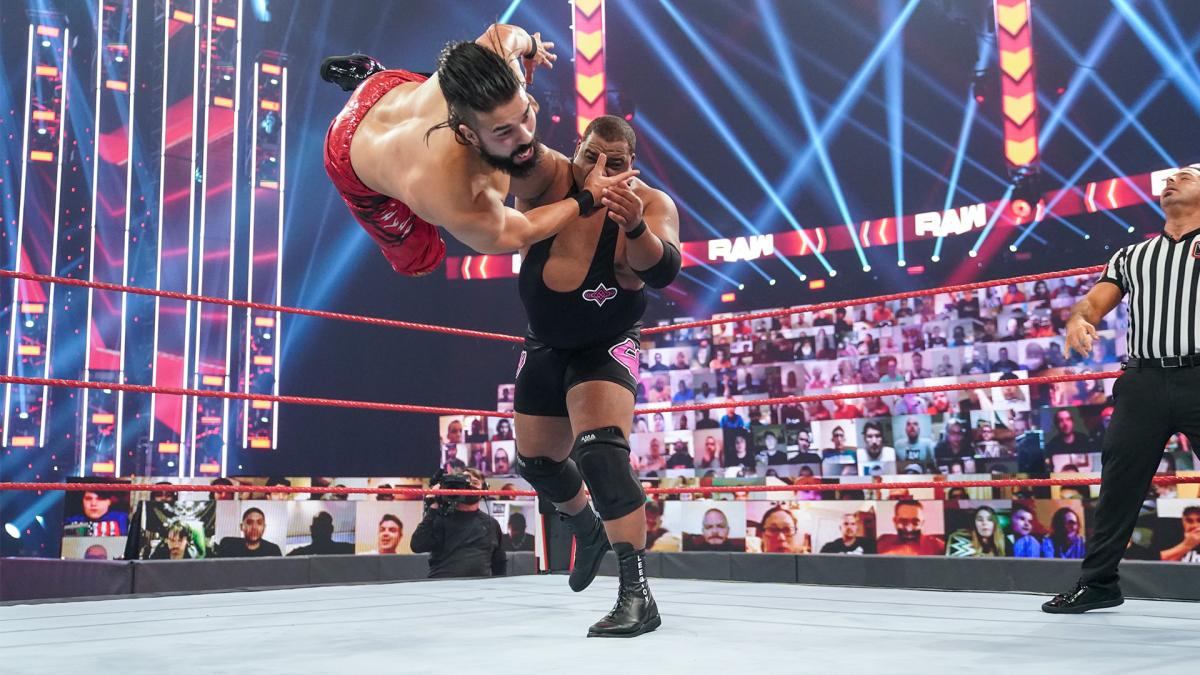 Then there is Lana and Natalya…need I say more?

I am inclined to say that Ali, Ricochet and Apollo over the Hurt Business is a bit of an upset. Curious where this one goes, or if it means that Mustafa Ali might be getting some decent push again. 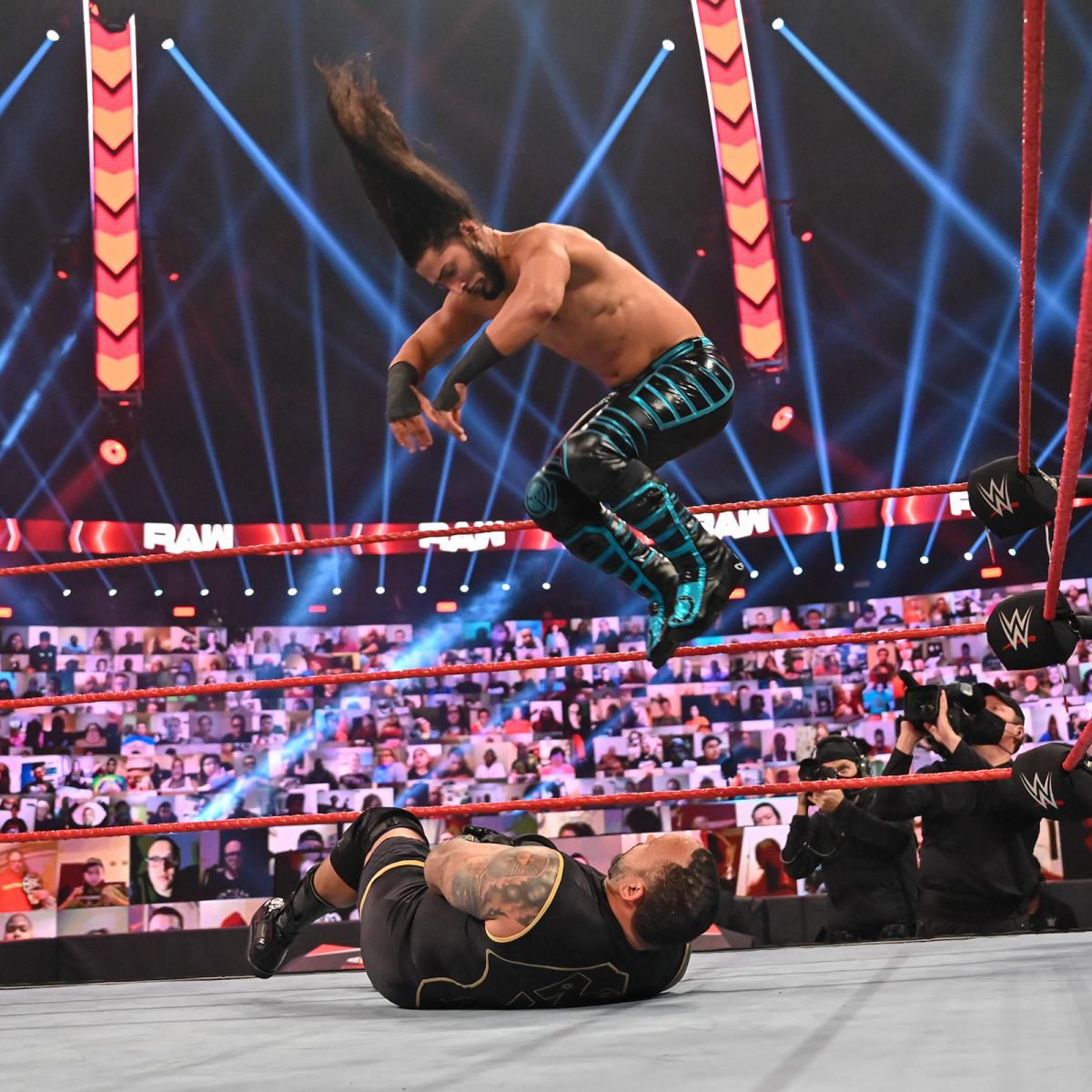 The whole Mysterio-Rollins-Murphy saga took an interesting turn this week. 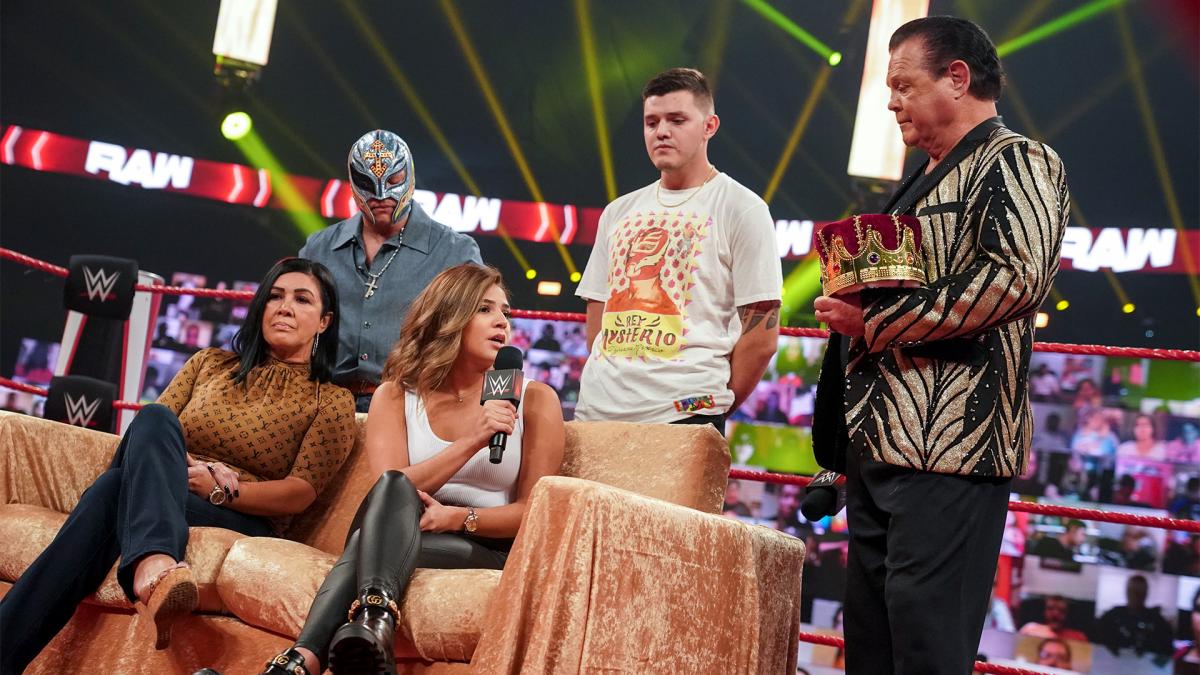 We all knew the Aliyah-Murphy romance was brewing, and tonight it came up big time. It cost Dominik his match, too. 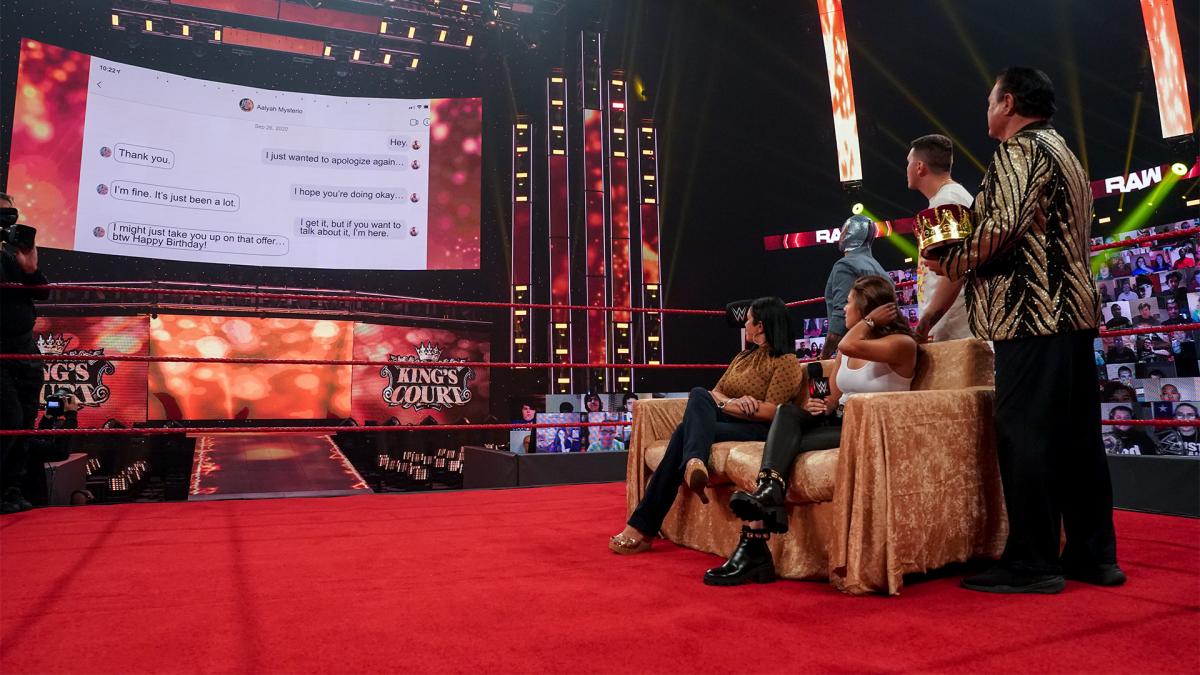 This could get even more interesting… 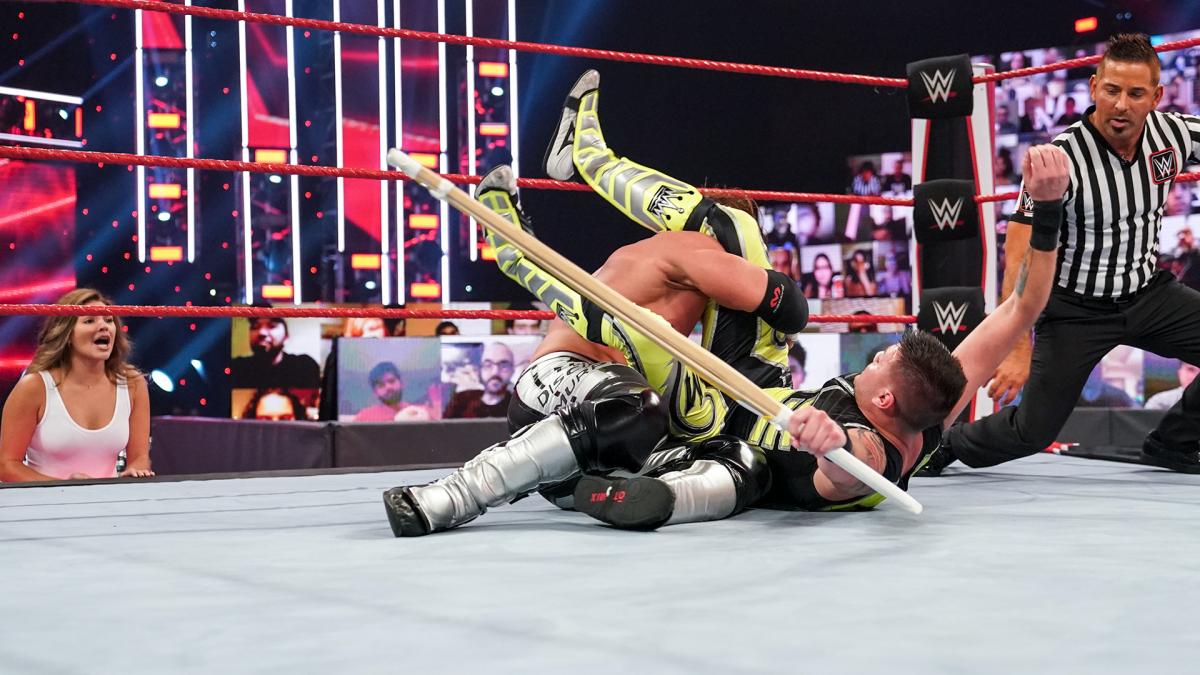 Ali missed a tornado DDT. The announcers called it a satellite DDT, but I’ve never heard of that move before (maybe it’s a thing, but it was still a botch).

When Randy Orton revealed himself and pulled off his attack.

I mean, I am sure WWE was aiming for this to be a holy [email protected] moment, but no way.

For one, you could tell that janitor was something other than a janitor when MVP tossed the bottle at him.

For another, WWE calling those goggles “night vision”. Or making us think that, with the lights off, Orton was actually hitting anyone.

I get it, it’s a great way to continue the Legend Killer line, without making anyone take a bump.

Almost as funny was the lights flickering and the Retribution logo coming up, when anyone who reads social media knew that the group was quarantined for a couple weeks. 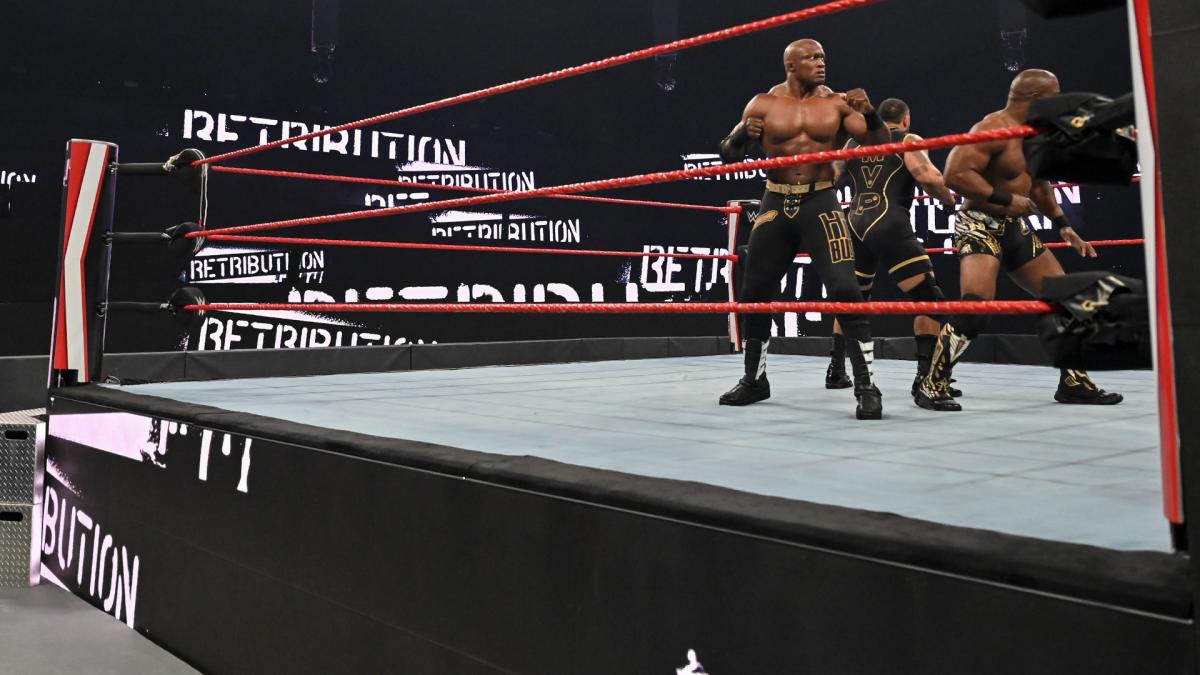 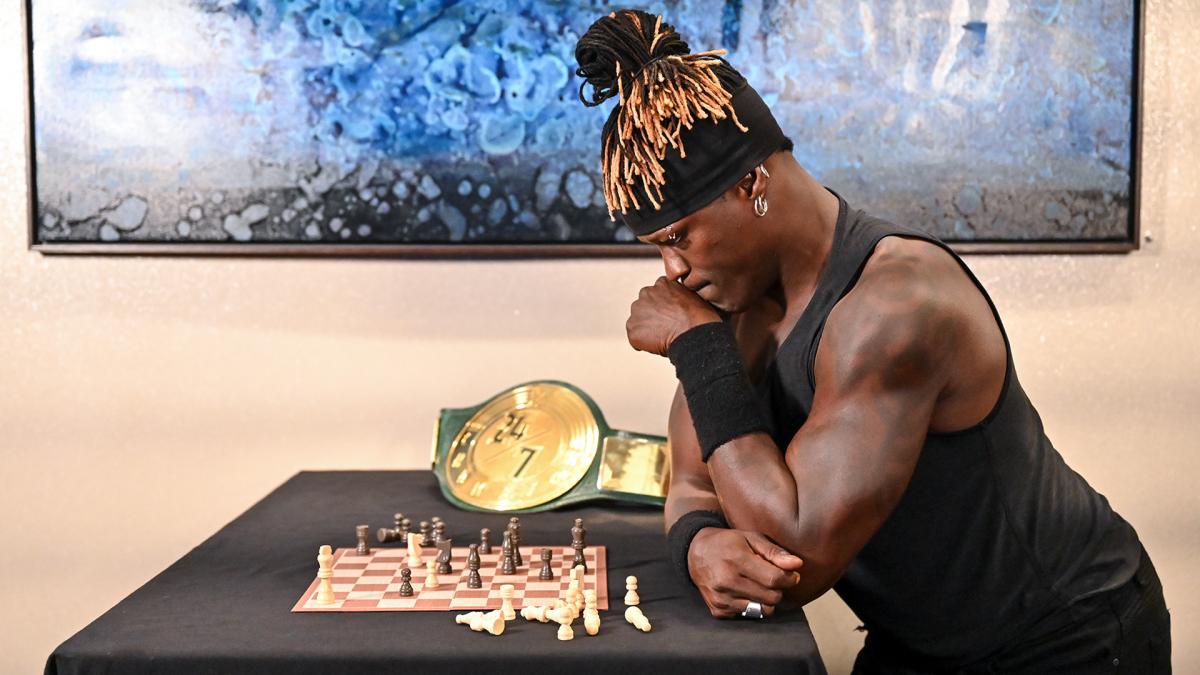 The big one was that Robert Roode has returned. Roode showed up and answered Drew McIntyre’s open challenge.

Unfortunately, Roode did not pull off the win in his return. It would have been nice if the return hadn’t been spoiled a week ago, but it is what it is.

My biggest gripe is how WWE trotted out Retribution this week.

Like, I get it, you want to keep the group in people’s minds while they are in quarantine. That’s fine.

But don’t have the lights flicker and pop up their logo, have The Hurt Business prepare for an attack…and then go to commercial.

The big one for me was Robert Roode returning. I really hoped they’d give him the win, but I have to think getting him back in the main event bodes well for what WWE might do with him.

Also, was kind of nice not dealing with the nauseating camera work for a RAW Underground segment. And, no Retribution either.

An interesting RAW, all things considered.

WWE was limited with no Nia Jax or Shayna Baszler. Also, no main five of Retribution.

We did have an unexpected continuation of the Randy Orton-Legend Killer program, however.