It's RAW In A Nutshell, and this time it's all about...welcome to RAW Underground? OK, maybe not ALL....but Shane is back and we have a new segment.

Folks, it’s the beginning of a new week (I swear it is!), which means another RAW In A Nutshell. WWE teased something big, and as we learned during the show, it was all about “welcome to RAW Underground”.

Wait a minute…welcome to RAW Underground?

It gets better though. We not only had that teased at the earliest parts of RAW…but we got the return of Shane McMahon to WWE programming.

Yes, my friends, things are really that bleak, apparently.

Beyond that, SummerSlam is just two weeks out. We’ve got more hype coming for Randy Orton and Drew McIntyre, for starters.

Where will things go with Sasha Banks and Bayley now basically running the Women’s Division?

What’s coming next from The Hurt Business? Speaking of them…MVP has his chance to win the United State Championship…for real…tonight! 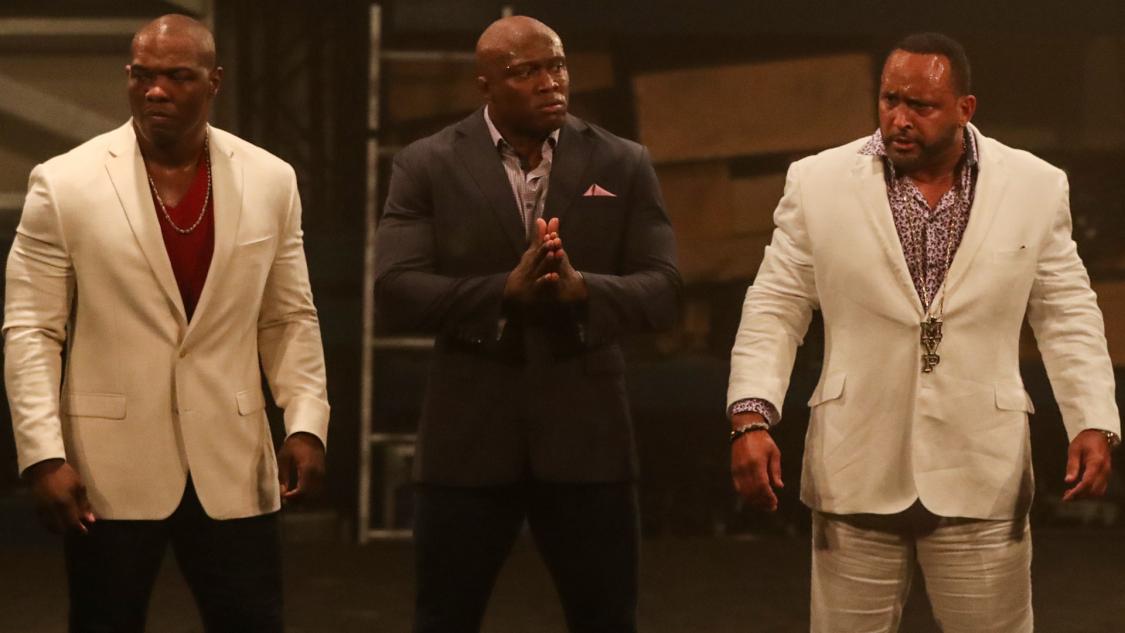 So, yes, a pretty busy show, plus we get to find out what RAW Underground is all about.

I’ll take Drew McIntyre and Randy Orton sparring on the mic, however. That was solid.

Beyond that, while it was short, I did enjoy seeing the Riott Squad reunite. It was also nice to get a little nod to former member Sarah Logan, especially considering she’s said she’s not really retired. 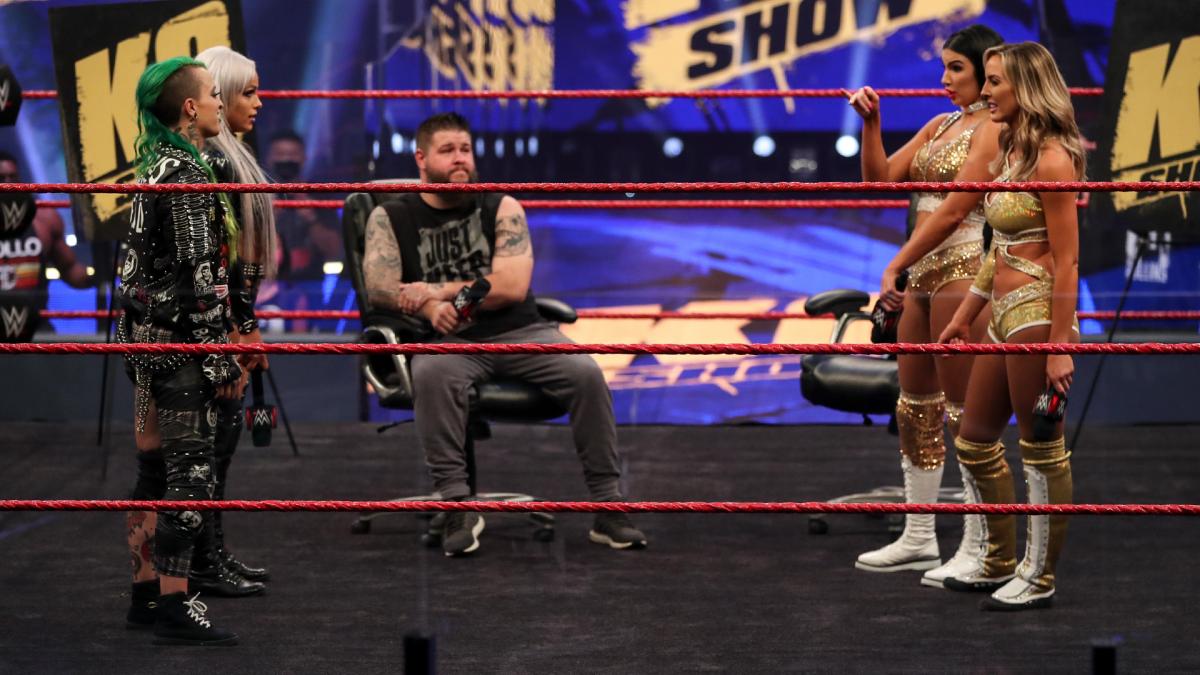 I do also have to give a nod to Apollo and MVP. Nice to see Apollo back and getting a definitive win. 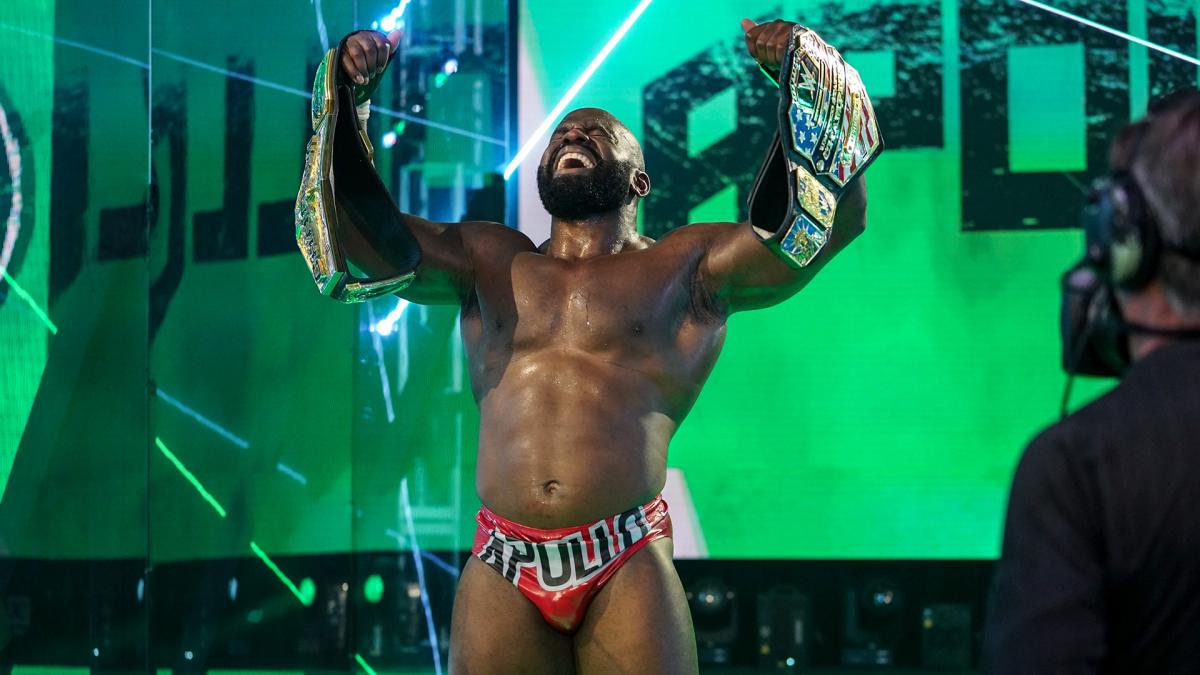 Most of what we had to endure during RAW Underground.

On one hand, we started off with a relatively new face looking like a monster. 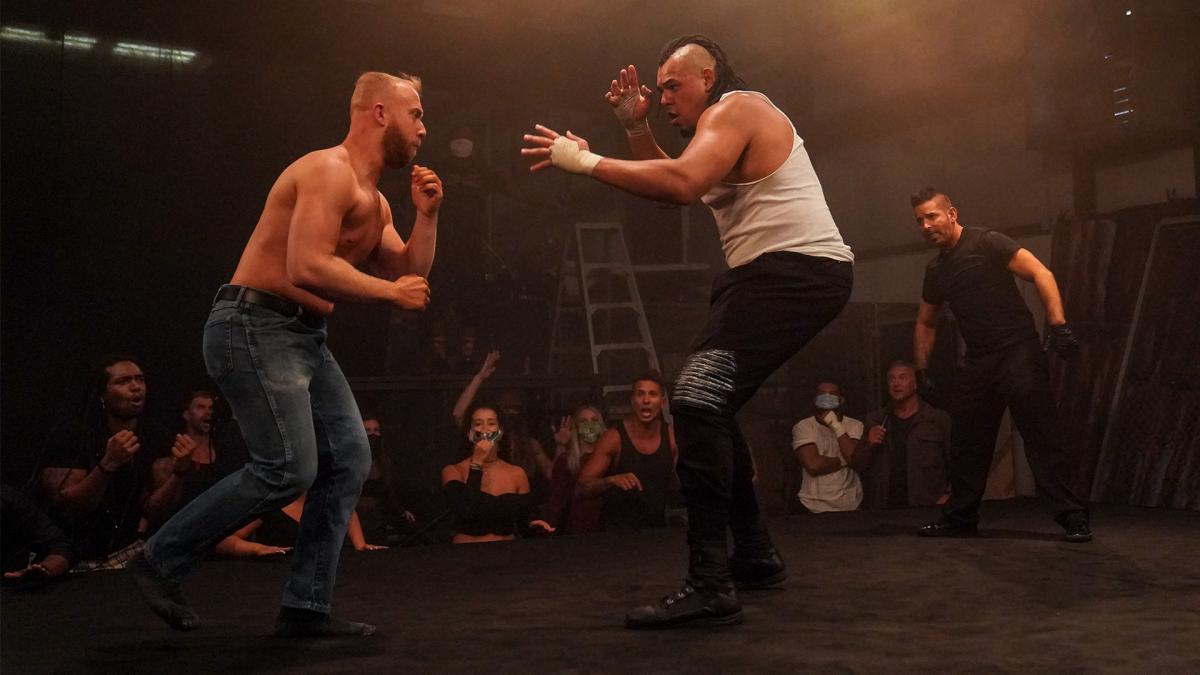 On the other hand, everything else was a squash, and featured progressively bigger Superstars.

I give this one to Drew McIntyre and Randy Orton. Super promo work.

Honorable mention to Kevin Owens and The Riott Squad, along with Shayna Baszler. 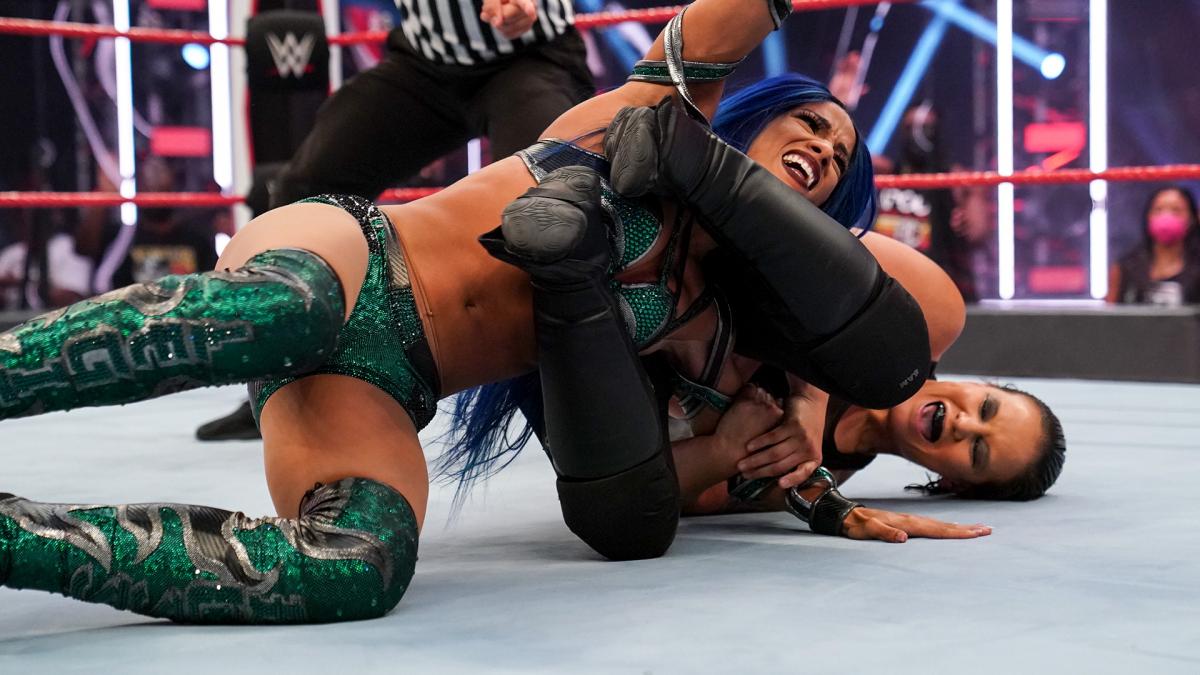 Also, why not a plug for Shane McMahon. Haven’t seen him in a long, long time, and while I wasn’t completely on board with the Underground concept, it will be interesting to see what happens next.

I implore WWE…make Shayna Baszler in the mold of Stone Cold.

Let her attack and beat up anyone she wants. Have her lean more face than heel, but have her be that unorthodox bad ass. 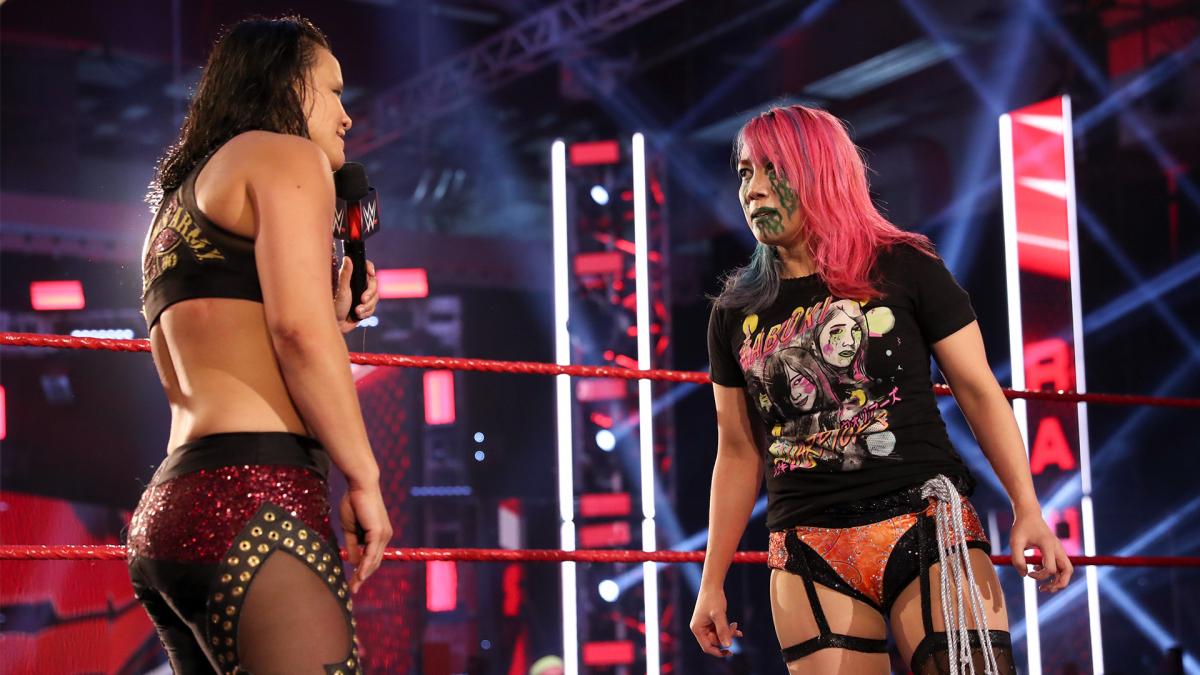 I think if you do that, she could be huge. Considering they have her trending face now, they might as well try it.

Otherwise, she should be a bad ass heel…which she was, but they’ve already killed that off.

Pat Buck deserves a nod for sure. 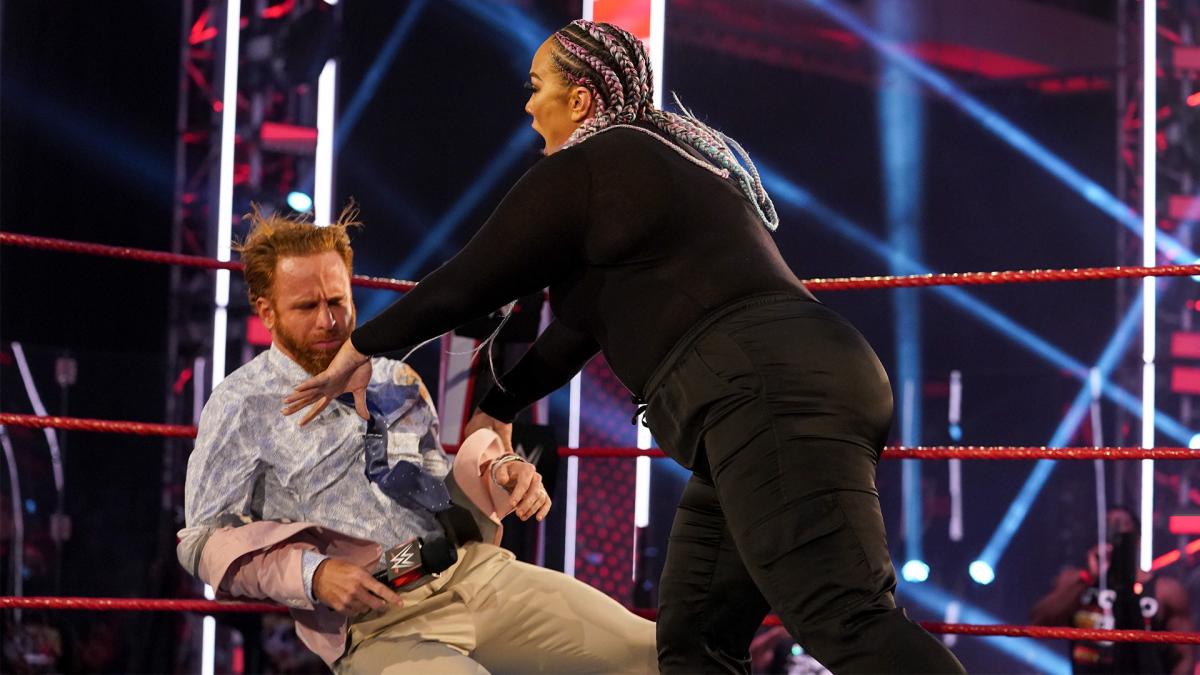 How about all the opponents in the WWE Underground matches? Sure, them too.

Tozawa claiming his 3rd 24/7 Championship, I guess that ranks? He defeated R-Truth in a triple threat match. 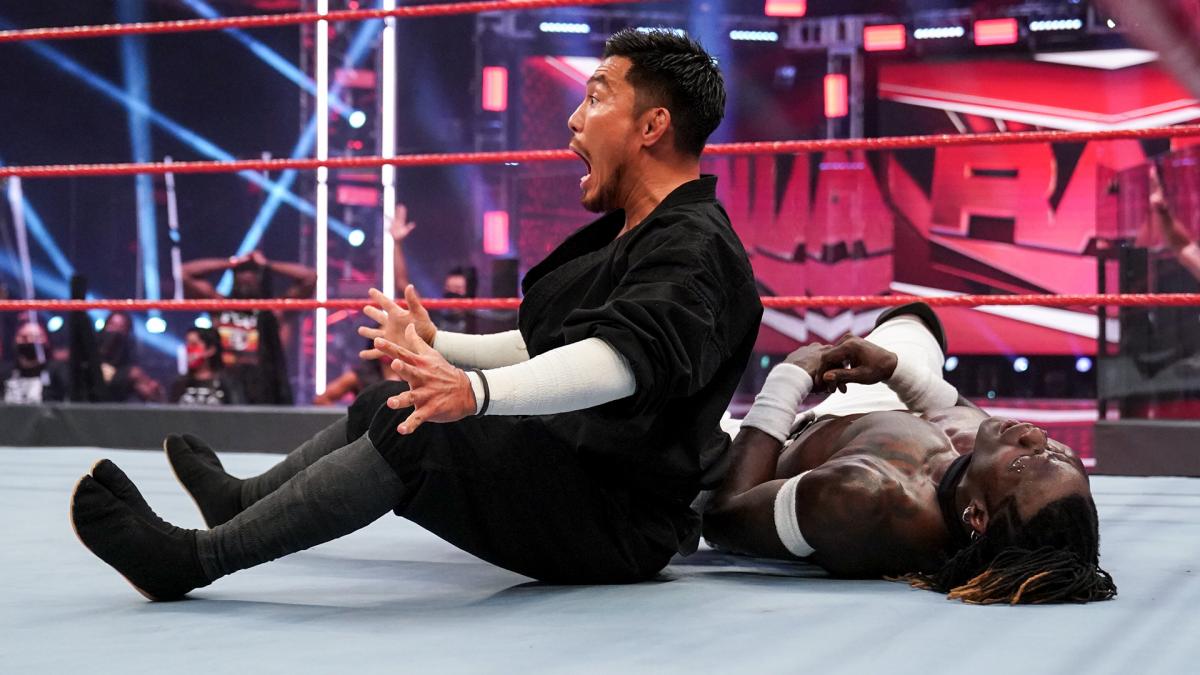 Though…why are we having 24/7 matches? That was the whole thing that belt was supposed to avoid, no?

This Tweet was far more attention grabbing for me though.

I know a thing or two about the underground.

I competed under similar rules previously against many savages.

So, is this just Kross having fun? Or could this be hints at him moving up quickly?

After all, there had been plenty of chatter about him coming right to the main roster…and he IS already getting an NXT Championship program.

I guess it’s part of the realism, but some spots during the “Underground” segments looked sloppy.

Also, probably tied to the aesthetic they wanted to present, but the camera cuts were bad. Twitter had fun ripping them for that.

This picture was timed just perfectly…

This post about RAW Underground was even better though…

Hopefully next week #RAWUnderground has RVD and Braun Strowman. Haven’t seen them since that Kumite in the 80’s.#WWERAW pic.twitter.com/ZcV1rraMRn

Samoa Joe has been stuck on the announce position for a while, due to health reasons. We’d been told it was basically a permanent thing now, and in the grand scheme…Joe’s been great. 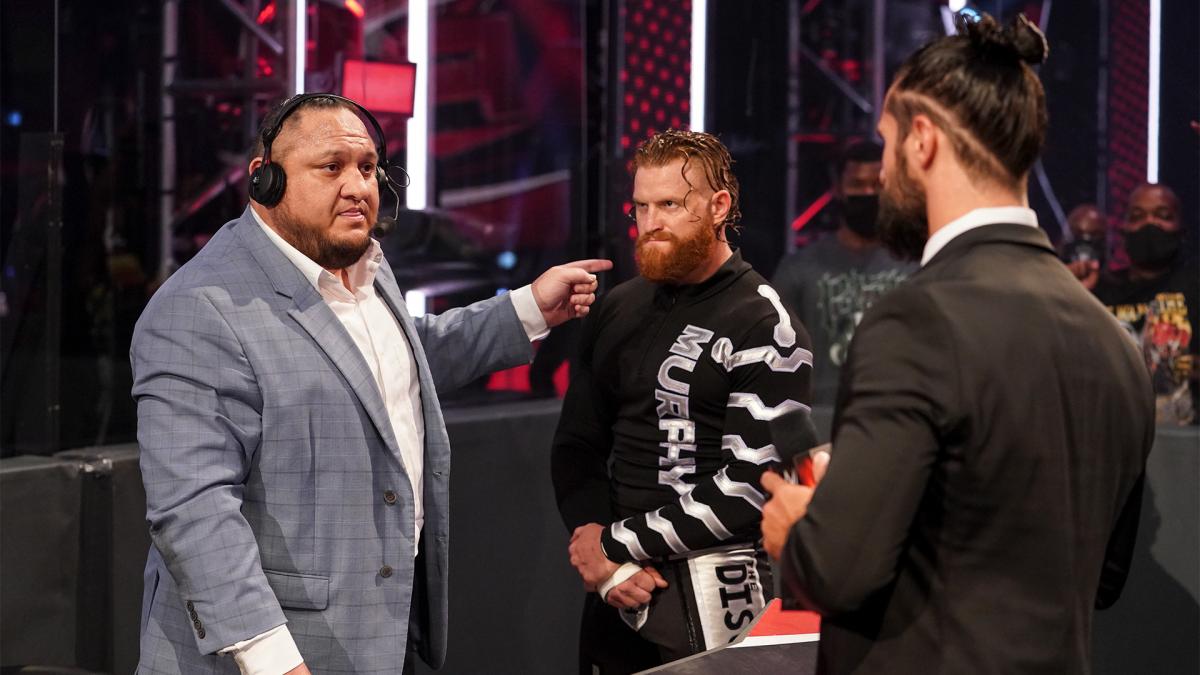 Tonight, we had Joe once again standing up for his colleagues, ironically (or maybe not?) once again to Seth Rollins.

Sadly, we did not get to see Joe getting physical. Instead, Samoa Joe provided the distraction for Dominick to once again attack Seth Rollins and Buddy Murphy from behind. 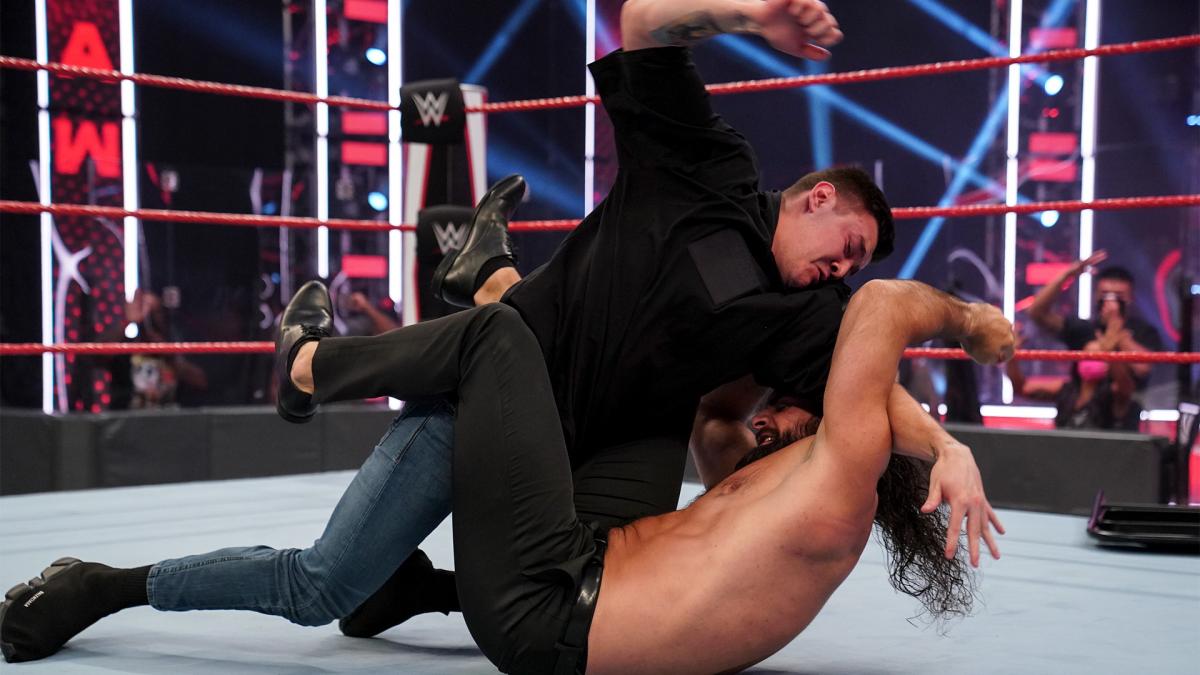 And, with that, we have Rollins versus Dominick lined up for SummerSlam. Here’s guessing that Rey’s shiny new contract is done soon.

WWE knows ratings are beyond sagging. Fans know it too.

Before RAW, the hints and teases about a new faction were dropped. During RAW, no new faction dropped…

WWE: “A new faction will show up tonight on RAW”

*No new faction shows up*

Either you loved RAW Underground, or you hated it. I really think there isn’t much room for a middle ground on this.

I was intrigued…but my early intrigue shifted to mostly lack of interest.

We did get a repackaged Babatunde (last seen in the Greatest Royal Rumble, I believe). Shane McMahon is now calling him Dabba-Kato

Well, like I said…you either loved RAW Underground or you didn’t.

I was initially intrigued, and that intrigue actually faded quite a bit.

As other noted on Twitter, the one possibility that could develop? Bobby Lashley and Brock Lesnar, with RAW Underground as the catalyst that gets us there.

However, considering we don’t expect Lesnar back any time soon (on account of no fans), this might not be worth getting our hopes up about.

It was a chaotic RAW, which we caught reports of in the lead-up to it. Apparently, Vince McMahon wasn’t in a great mood (perhaps the sale of the XFL didn’t make him happy?)

Some things worked better than others. Even a quick glance at social media tells me that fans seemed to stay tuned for it, good or bad.

I mean, we do love a good train wreck, right?

What I do wonder is if some of the glitches and things were meant to revive the hacker angle? Or something else…or nothing else.

I didn’t know what to make of those bits. That shot of four or five guys (was it the ninjas? I couldn’t tell) throwing molotov cocktails was just…odd?

That didn’t sit well with me, especially with what is going on in the world. Then we got the poisoning angle with Montez Ford? 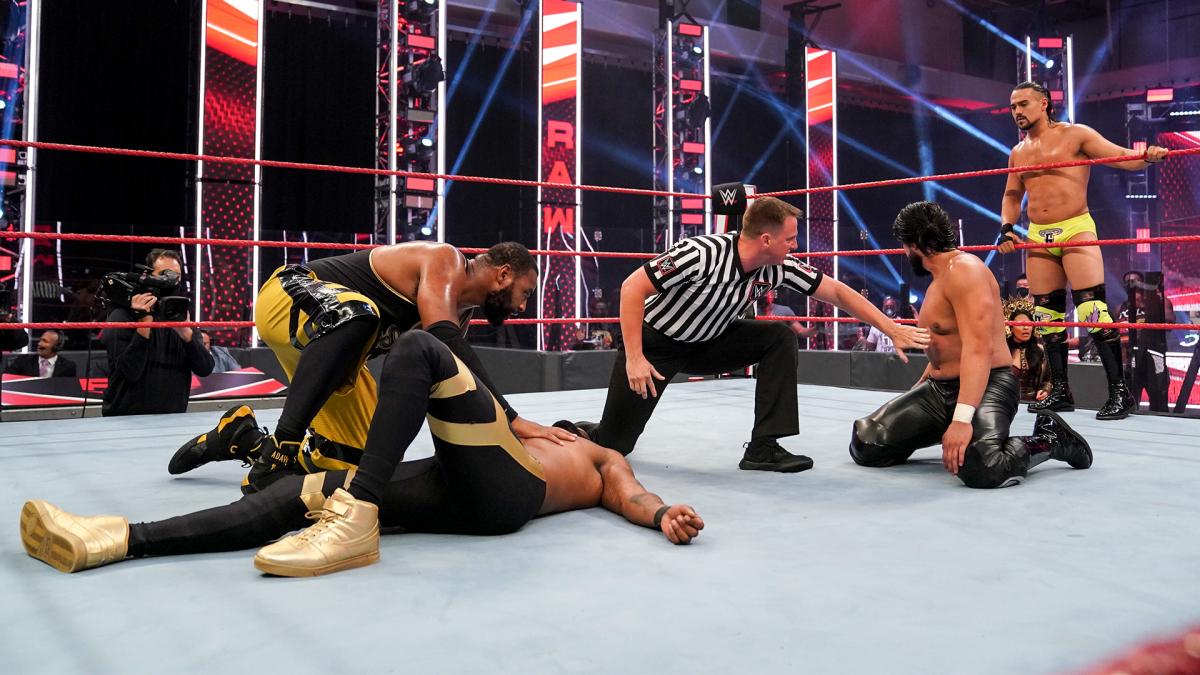 The only upside to that last groan? We finally got Bianca Belair back on WWE television.

It was a night of returns, if you think about it. Belair, Shane McMahon and Liv Morgan joined Apollo Crews (and I don’t know if I am skipping anyone else).

So, yes, the show was a bit all over, a mix of good, bad and train wreck. The payoff will be in the ratings, so it’s too soon to say if it all worked…but everyone will be watching.

Also, that lack of a new faction? Will it be a truly new faction, or is that the opening we need to get Undisputed Era showing up on RAW?

Gives us a reason to tune in again next week, that’s for sure.