The date for the next WWE draft continues to change, but the company is looking this year. And, a veteran wrestler has signed with AEW.

After several delays, there is a new date for the next WWE draft. Also, AEW has signed veteran wrestler Eddie Kingston following his performance from several weeks ago.

When the WWE brought back the brand extension a few years back, you knew other moments would follow. In particular, the draft, which takes places once or twice a year.

Apparently, WWE has tried several times this year. Originally, the date was June and that was pushed until August according to Fightful.

Obviously, with August here, nothing has happened and then September was discussed. Now, the estimated date is October and therefore cutting things close with Survivor Series.

There was no exact reason given for the date continuing to be pushed back. Ultimately, the decision falls on Vince McMahon and he continues to change his mind.

A selling point of the draft is to shake up the rosters and create new feuds. At the moment, several WWE superstars are not working due to COVID-19.

Therefore, WWE have not been able to run several feuds and many changes have been made. At the moment, there is no guarantee that a draft will take place in October.

Ratings continue to sink for WWE and they could see the draft as a way to boost numbers. But, the question then becomes how long the draft will help keep the viewership up. 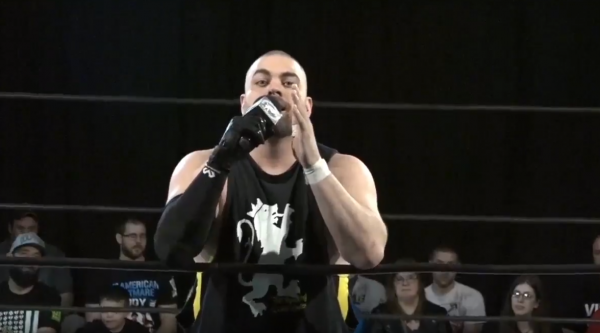 All Elite Wrestling (AEW) introduced the TNT Championship this summer with Cody Rhodes being the inaugural holder. The decision turned out for the best.

Since winning the belt, Cody has been defending it each week in an open challenge. Some AEW names have stepped up as well as outsiders looking to make a statement.

One of the first non AEW wrestlers to accept Cody’s challenge was Eddie Kingston. While Kingston fell short in capturing the belt, he impressed lots of fans.

This saw social media push for AEW to sign the veteran wrestler. The request was met as Kingston is officially part of the AEW roster.

Now with Kingston on the roster, it will be interesting how he gets booked as Dynamite is only two hours. He does have a past with Santana and Ortiz from Impact Wrestling, so that could be a direction.

Wherever he lands, AEW listened to their fans and now have a veteran of the business on the roster.

A great story in the world of wrestling. @MadKing1981 spent years learning and figuring out his craft…and now gets to apply it on @AEWonTNT.
Rewarded for years of work. https://t.co/YEYFI8coDh

We can run back Ottawa anytime old friend. https://t.co/RZY9iwCJRk

And my soul cries out YAAAASSSSSS

Even if you take the scenic route, hard work pays off.