Cody Rhodes has made a big impression as the AEW TNT Champion. In fact, the Open Challenge is bringing lots of exciting talent to the brand.

Since Cody Rhodes became the AEW TNT Champion, wonderful things have been happening for the brand. In fact, Cody’s Open Challenge is bringing in a lot of new potential challengers. 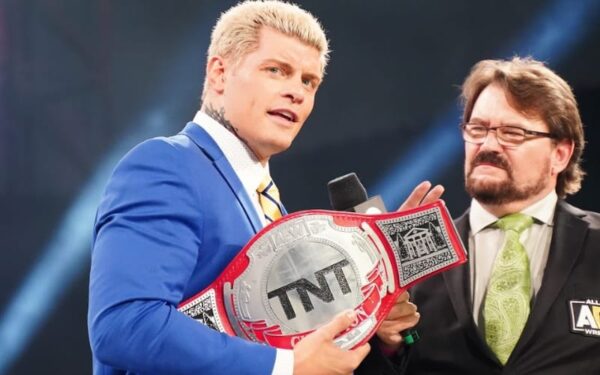 While there is an Open Challenge across different brands at the moment, Cody Rhodes’ title reign has only included defenses against AEW wrestlers at this time. Recently, he faced Jungle Boy, Marq Quen, and Sonny Kiss.

However, AEW decided to make Cody Rhodes Open Challenge count. After all, there is nobody who could realistically challenge Cody at the moment.

Cody’s current title reign is interesting to say the least. There are many free agents on the wrestling circuit today, and it is likely we will see a non-AEW wrestler in the future.

Really enjoying the weekly “open challenge” and helping produce these shows throughout this tumultuous period. https://t.co/DIMhnHbI46

The fact you never know who will face Cody Rhodes makes the championship all the more interesting. While the Open Challenge has been around for a couple of weeks, some big names are now being mentioned.

Some of the biggest names mentioned within the Challenge are Zack Ryder and Rey Mysterio. The latter is currently with the WWE, but not working under a contract.

In other words, Zack Ryder and Rey Mysterio could face Cody Rhodes for the title in the nearby future. Ryder also recorded his new entrance music recently, hinting at a potential AEW switch.

What Makes The Open Challenge Special 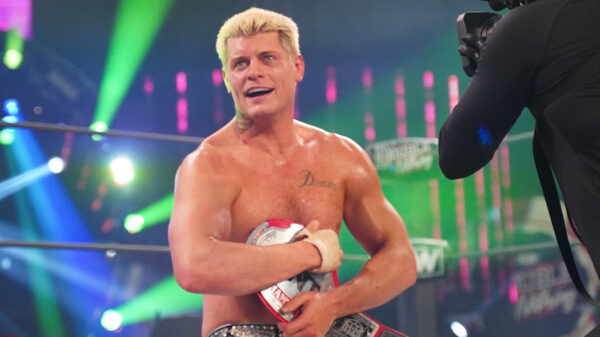 There are many reasons why the TNT Championship is special. Of course, the same applies to the accompanying Open Challenge.

Contrary to WWE, AEW has no problems acknowledging that great wrestling happens outside their brand. It also gives talent from other brands the opportunity to shine on a bigger platform.

Wrestlers who previously lost their passion for wrestling also find themselves reinvigorated on the AEW brand.

I made the switch to AEW in terms of support months ago, and I doubt I will ever switch back to WWE. After all, wrestling is much more enjoyable without all the drama that accompanies World Wrestling Entertainment. 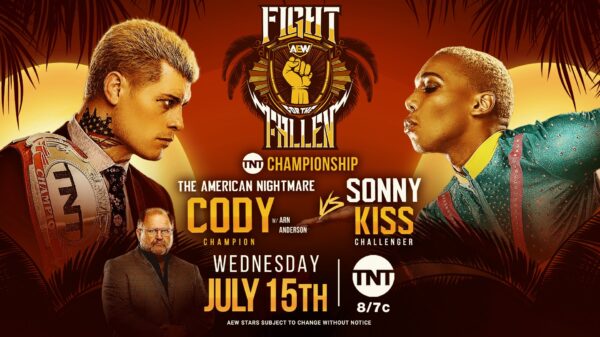 One of the matches that impressed heavily recently was  Cody’s match against Sonny Kiss. Unfortunately, the latter had to deal with some homophobic comments on social media.

In the wake of the comments, Cody came to Sonny Kiss’ defence. Once again, this makes us love Cody even more!

“This is terrible. And you’re not worth the signal boost. But I’ll make this clear to fans worldwide. If you have a problem with a gay man receiving a title shot, you can kiss my a**. I’m proud to share the ring with Sonny.”

We don’t have much to add to that, because Cody said it all. I have no doubt there is a huge career waiting for Sonny Kiss at AEW, especially given the last match against Cody.