Cody Rhodes has just upped the anty for AEW's TNT Championship, as he instates a new rule for all the contenders going after the prestigious title.

The journey towards the TNT championship will be interesting for all contenders, especially since AEW’s Cody Rhodes revealed a new rule. This new rule changes everything!

Contenders Won’t Be Limited To AEW 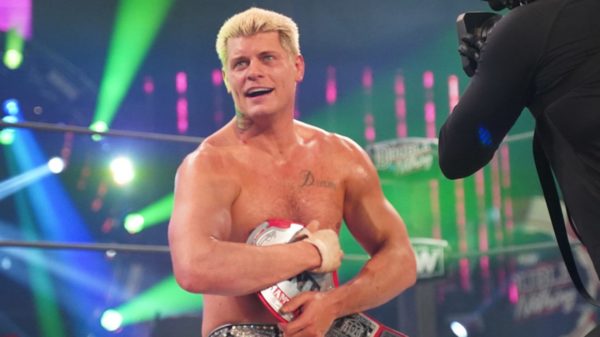 Cody Rhodes became the inaugural All Elite Wrestling TNT champion at the 2020 Double or Nothing pay-per-view. However, Cody becoming champion has far more consequences than anyone could imagine!

While on social media, Rhodes invited non-AEW wrestlers to challenge for the TNT championship. In other words, the competition for the title has just hit a whole new level.

How AEW Is Different From WWE 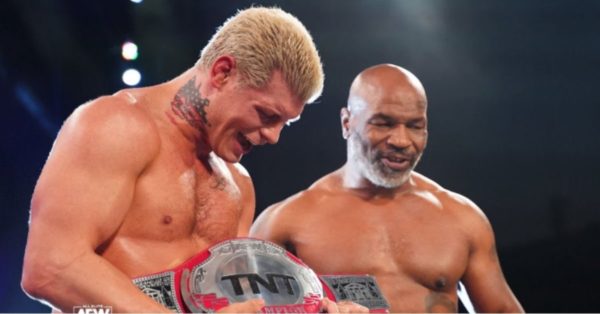 Contrary to the WWE, AEW has no problems letting its wrestlers go to other promotions while still wrestling for AEW. While it isn’t the most obvious choice from a business standpoint, it certainly puts the promotion in a better light than its rival WWE.

With the arrival of the TNT championship open challenge, contenders could come out of the woodwork from anywhere.

Can you imagine the potential contenders to challenge for this title? 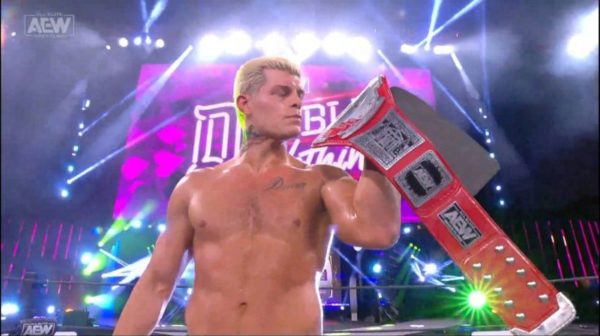 As you can imagine, fans have been going crazy speculating about potential contenders. Of course, one name seems to be more prominent than others at the moment.

Fans are loving the idea of Zack Ryder challenging Cody Rhodes for the TNT championship. Since Zack is not signed with the promotion at the moment, the new rule could open up the playing field.

Ryder was fired from the WWE on Black Wednesday, alongside a slew of other loyal WWE employees. While the company boasted huge profits during the coronavirus pandemic, released wrestlers were left in the cold.

AEW would be a brilliant new start for Matt Cardona (Zack Ryder). He currently promotes himself and sells his pro wrestling tees online.

Matt Cardona challenging for the TNT championship would pull a lot of attention to AEW. In fact, even those who remained loyal to WWE could be swayed to watch that match.

Cardona is currently still sticking to the 90-day non-compete clause and is expected to join the promotion once the clause is up.

Wrestlers From Other Promotions 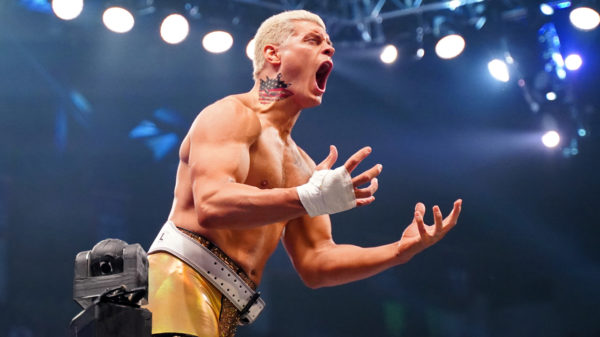 While Zack Ryder (Matt Cardona) is one of the most prominent names, other wrestlers could challenge for the title, too. After all, AEW has a relationship with other promotions such as AAA in Mexico and Oriental Wrestling Entertainment in China.

The fact that AEW has all these ties with other promotions leaves the field open for other contenders. Unlike WWE, the TNT championship can be held by someone who is not signed by the promotion.

Interestingly, it also means that the TNT championship could technically be fought for on other promotions. While it is likely the title remains on the promotion at all times, the fact remains that there is a world of possibilities out there.

At Ringside Intel, we are excited to see what will happen with the TNT Championship in the coming weeks. Will Zack Ryder challenge for the title, or will someone else jump out of the woodwork?