Shortly, AOP's WWE return will be here but be prepared for some dramatic changes. And, a RAW superstar has been sent back to the NXT brand.

AOP’s WWE return is getting closer, but they apparently will not be working with Seth Rollins. Also, Austin Theory has been sent back to NXT, after a short stint on RAW.

Missing from TV for months have been The Authors of Pain (AOP). Rezar & Akam were lasted spotted on TV in March, serving a part of Seth Rollins’ stable.

Then, they were forced to sit on the sides as Rezar suffered a bicep injury. Therefore, WWE decided both superstars would wait until they were healthy before returning inside the ring.

In the Wrestling Observer Newsletter, they noted how the plan is for them to not realign with Rollins. Of course, those plans are subject to change.

Fans should see AOP back on TV between late September to early December.

When Paul Heyman was still the Executive Director of RAW, he saw big things for AOP. Now, all that is up in the air with Heyman removed from a position of power.

AOP were impressive in NXT, but have struggled on the main roster. They briefly held gold, yet injuries have caused both to be removed from TV for long periods of time.

Also, do not look for Paul Ellering to return as their manager. He worked with the duo in NXT, but was quickly pushed to the side once they joined the main roster.

As noted earlier, Ellering was being discussed for a return before COVID-19. Due to his age and health, it was decided he stay at home.

Plus, there is speculation that Vince McMahon was not a fan of Ellering. That would explain why AOP separated from Ellering almost immediately upon joining RAW.

RAW Superstar Sent Back To NXT 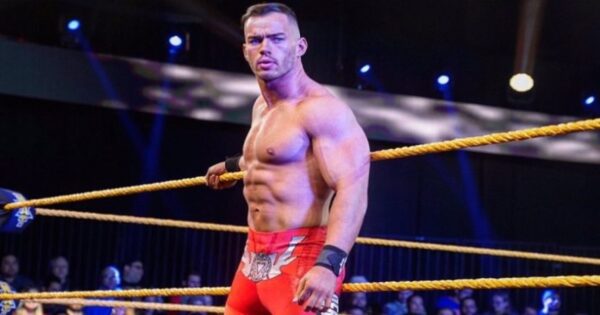 WWE is known for singing some of the top Indy stars and that includes Austin Theory. After only a few months in NXT, Theory was sent to the main roster.

Quickly, he was paired alongside Seth Rollins’ stable and was a main disciple alongside Murphy. Then, there was accusations made against Theory during the #SpeakingOut Movement.

WWE never publicly addressed Theory’s situation, with Rollins recently stating he had some personal business to handle. Some believe Theory was quietly suspended by WWE, but that was never confirmed.

On this past Wednesday’s NXT, Theory reappeared  on the yellow and black brand. He interrupted Bronson Reed, who smacked the former EVOLVE Champion.

Austin Theory looks like his future is BACK in #WWENXT. I still find him championship worthy. I’ll say it ALL DAY! 🚀 pic.twitter.com/wr6K1oj6bH

I guess Austin Theory is cleared of all accusations.

Theory’s profile has since been moved back to the NXT page. Thereby, signaling that he is no longer part of the RAW roster.

The #SpeakingOut Movement has seen names across many wrestling promotions face accusations. WWE released the likes of Jack Gallager and several names from NXT UK, while others were suspended.

Other praomtios like Impact Wrestling let talent such as Joey Ryan and Michael Elgin go. All Elite Wrestling (AEW) sent Jimmy Havoc to rehab and Sammy Guevara was suspended.