With Rey Mysterio's WWE future up in the air, we have some Rey Mysterio contract negotiation news to discuss. Also, could the brand split be ending?

Rey Mysterio was seemingly written off of WWE television indefinitely on Sunday, likely partly due to his lack of contract. Now, we have some Rey Mysterio contract negotiation news.

Also, could the WWE brand split be ending soon? According to a report, that arrangement could end at any time.

There has been a lot said about Rey Mysterio and his contract expiring. Now, we have some Rey Mysterio contract negotiation news to report on.

Specifically, while the Superstar worked Extreme Rules without a contract, all hope may not be lost. 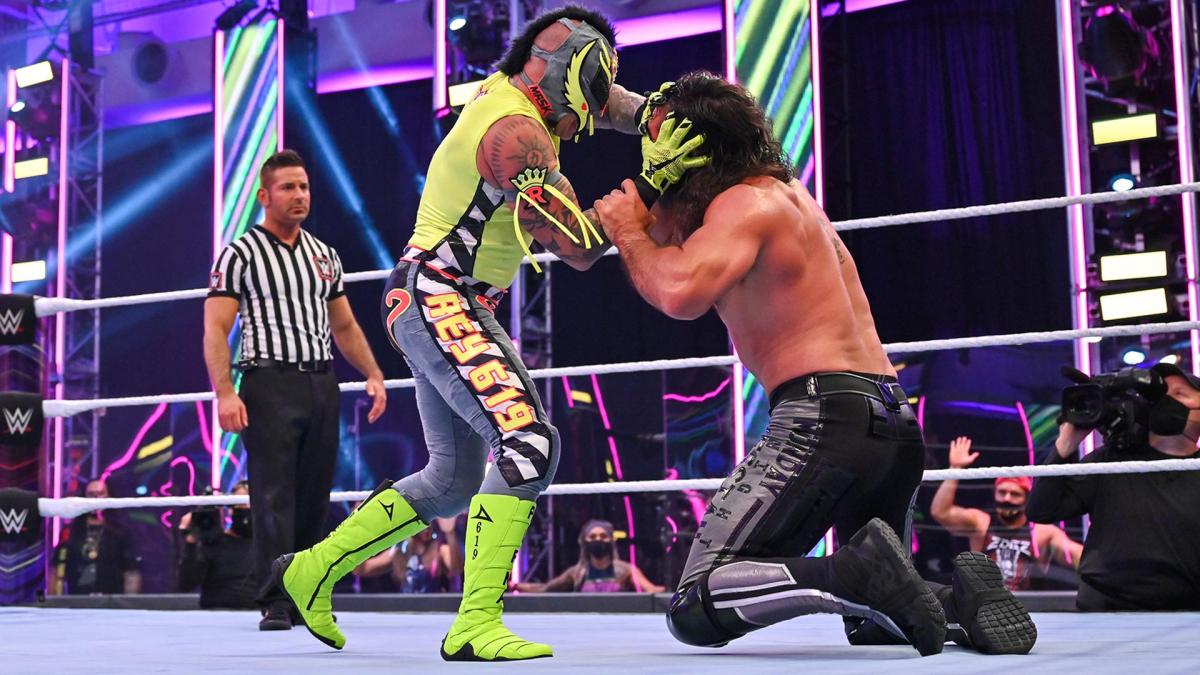 While the future Hall of Famer was effectively written off of television for a good chunk, thanks to his eye “being removed from its socket”, he may not be leaving WWE after all.

Of course, such a gruesome end to his Extreme Rules bout left many wondering.

Now, it’s being reported that Mysterio and WWE held contract negotiations on Tuesday. The mostly-masked Superstar met with WWE officials in Stamford.

It was also reported that, in spite of his lack of contract, Mysterio was actually at Monday’s RAW tapings at the Performance Center.

While nothing is assured, all signs seem to point to a mutual desire to continue the working relationship. There’s likely at least part of Rey that considers sticking with WWE to be best for Dominick, too.

There’s been no word on how those negotiations went yet. Some reports indicated that previous negotiations didn’t go so well, which opened the door for AEW to express a willingness to meet Mysterio’s requests.

We should know soon enough either way, especially if WWE continues to mention Rey Mysterio’s health on it’s shows.

It’s been no secret that WWE’s television ratings have been plummeting, something they’ve blamed at least partly on the pandemic. Now, it appears the WWE brand split could be ending soon, with the hopes of boosting ratings.

According to the Wrestling Observer, an end to the brand split may be closer than ever to becoming a reality. 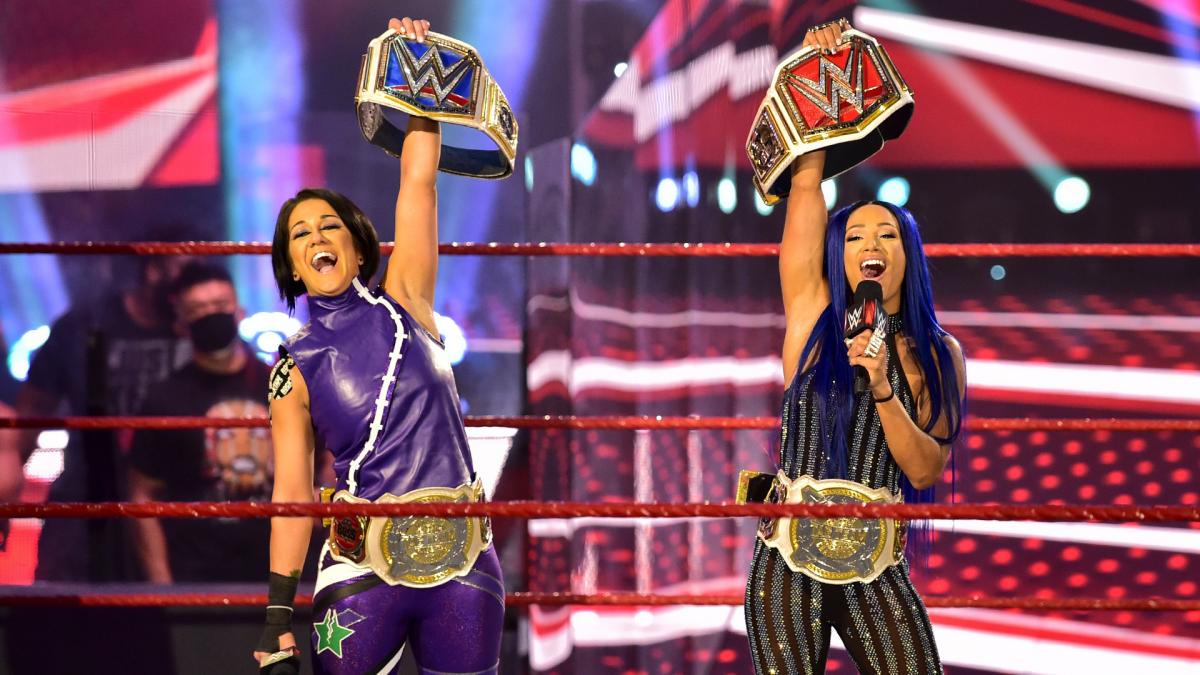 During these crazy times, an end makes a lot of sense.

Fans have noticed that certain Superstars are around, while others are not. Some have opted to stay away until things are much better.

Others have reduced their schedules, especially in light of a surge in positive cases within WWE ranks.

The limited roster has given us much less roster depth, and programs have been scuttled or altered left and right. For example, a rumored SummerSlam match featuring Brock Lesnar is likely not happening.

In the women’s ranks, we have two Superstars currently holding all the gold, though Sasha Banks doesn’t have the RAW Championship officially (yet).

With the rosters limited and ratings plummeting, it’s entirely possible that Vince McMahon pulls the plug on the split. This could be a permanent move, or it could just be a temporary one.

We could argue that the split has been shrinking more and more for a while now. We’ve seen things like the wildcard rule implemented, for instance.

Some Superstars have been free to move around brands (like Charlotte, the Women’s Tag Team Champions and the 24/7 Champion).

With the entire roster working out of the Performance Center, we’ve seen times where Superstars work special cross-branded matches…so the split is already blurred.

Where this might get interesting is with both USA and FOX. With the Superstar Draft, both networks made a big deal about that, and reports were each network fought to have certain Superstars.

Ending the brand split would strip the networks of most, if not all, exclusive Superstars. However, with ratings tanking so badly, they may be willing to forego the exclusivity as a trade off to boost the sagging ratings.