By the sounds of things, Velveteen Dream could be released by WWE in the very near future. And, Baron Corbin is upset about working with Matt Riddle.

The Velveteen Dream might not make it to the main roster as there are lots of rumors he will be shortly fired by WWE. Also, Baron Corbin is not happy about how his upcoming feud with Matt Riddle will get started.

When Velveteen Dream debuted in NXT, he certainly grabbed lots of attention. Many, compared his character to Goldust and there seemed to be money in the young man.

Unfortunately, there have been some troubling allegations against Velveteen Dream. These claims were made before and during the current #SpeakingOut movement.

He has been accused of sending inappropriate photos to children. Also, there are stories how he grooms young boys to take part in sex trafficking.

As of now, WWE only issued a statement that they are aware of the matter.

Now, there are reports the Velveteen Dream could be getting released shortly. Several media outlets made mention, with Sean Ross Sapp also conforming that rumor.

I’ve been hearing this, as well as some not so wonderful news about him that doesn’t have to do with any of the allegations. https://t.co/34168lwI5l

On top of everything, Velveteen Dream was involved in a car accident the other day. There are no details right now, outside of WWE stating that he was discharged from the hospital.

WWE has confirmed to me that Velveteen Dream was in a car accident today, and has been released from the hospital.

After dropping the North American Championship back in the fall of last year, Velveteen Dream took a hiatus to heal some injuries. Upon returning, he entered a feud with NXT Champion Adam Cole.

In both matches against Cole, the champion retained. The most recent match took place at NXT Takeover: In Your House the in form of a Backlot Brawl.

By losing, Velveteen Dream cannot challenge for the title again while Cole is champion. Meanwhile, fans have not seen Velveteen Dream since the loss earlier in the month. 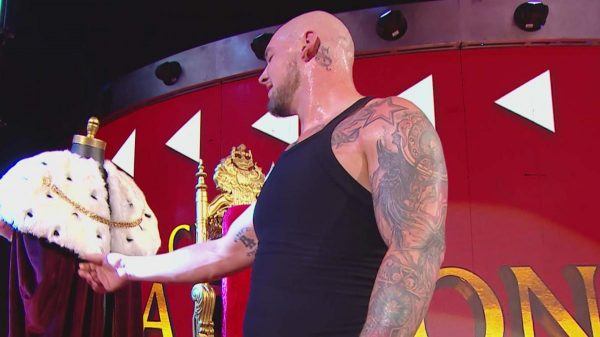 Matt Riddle joined the main roster with lots of hype and some wondering if he would last. In his short time, Riddle has already defeated AJ Styles.

That win was done to help quickly elevate Riddle on SmackDown. Next, the plan is for Riddle to work a program with King Baron Corbin.

Gary Cassidy from Sportskeeda noted how Corbin was not thrilled with Riddle jumping into a major program. Corbin felt Riddle needed to defeat at least “five enhancement talents” before working with him.

As for their upcoming feud, Riddle apparently knew about it for weeks. On the other side, Corbin only learned earlier in the week.

They already have a past, so it will not be difficult to pair them together. Corbin eliminated Riddled during Survivor Series and the Royal Rumble.

For now, Riddle remains on WWE TV, despite several accusations from the #SpeakingOut movement. He has denied all the claims and only commented via his lawyer.

Before joining the NXT brand, Riddle had an impressive MMA run in the UFC. He was cut after repeatedly failing drug tests for marijuana and negative comments about UFC President Dana White.

In NXT, he held the tag team titles and was frequently featured in the main event scene. If Riddle can get past these allegations and avoid angering WWE management, big things could happen.