NXT Takeover In Your House 2020 Report Card: Grades Are In!

In Your House made a return with the latest installment of Takeover. The NXT stars looked to steal the spotlight and here's a report on each match went.

NXT Takeover In Your House 2020 Report Card: Grades Are In!

After a 20 year hiatus, In Your House returned under the NXT name. It marks the first Takeover since Royal Rumble weekend back in January.

So, let us get to our report card as the grades are in. 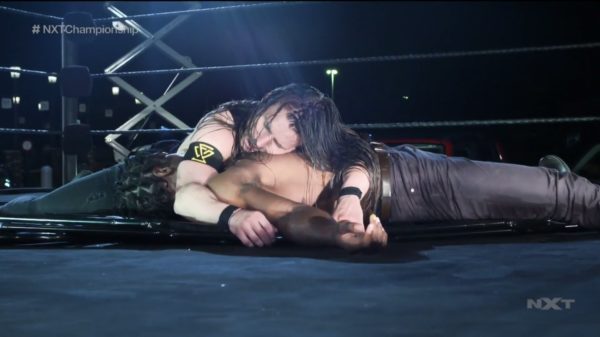 The placement of the NXT Championship match is interesting. That match would typically close the show and not be in the middle.

Maybe, WWE thought what they taped was junk. It could be that The Velveteen Dream’s past played a role

After surpassing one year as champion, Adam Cole’s spot on NXT has come into question. Meanwhile, The Velveteen Dream seemed poised for a major push.

NXT is about producing some of the best matches of the year. They do not need any of these cinematic matches.

Dexter Lumis has somehow been inserted into Undisputed Era’s life. It will be interesting where that is headed.

Smart to keep the belt on Cole. Grade: B- 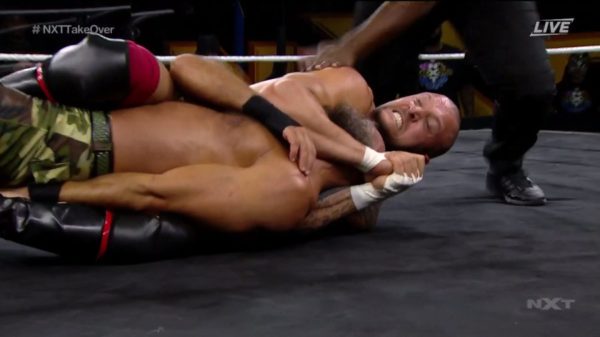 Karrion Kross with one of the biggest Takeover debuts as he battled former champion Tommaso Ciampa. Last time there was such a push out of the gate was for Kevin Owens.

WWE seems invested in Kross and Scarlett, so no selling moves was coming.

But, that was a one sided affair. Watch all of Ciampa’s Takeover matches and that has to be the shortest.

When you beat a former NXT Champion that fast, big things are coming. In a year, Kross could easily be champion or on the main roster. Grade: B 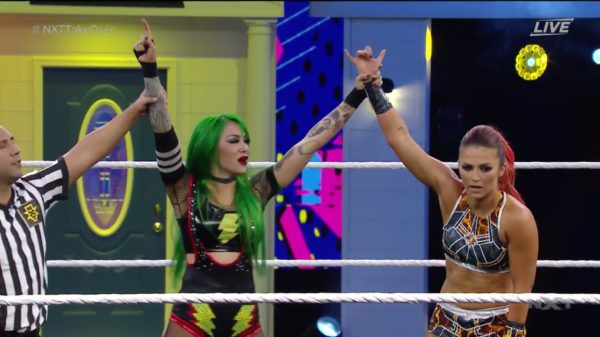 The women’s division is so deep in NXT that they got two matches on Takeover. The opener featured six women who will help define the brand for the next two years.

Out of the gate, Raquel Gonzalez was the one to watch. Not for any show stealing moments, but to evaluate if she is ready for TV time.

A takeaway was Gonzalez being pushed too quickly. It would not have been so obvious if she worked less of the match.

Nothing was really gained or lost here. The storylines seem to be in the same spot as a few weeks ago.

Takeover usually starts with a fire match, but not this time. Grade: B- 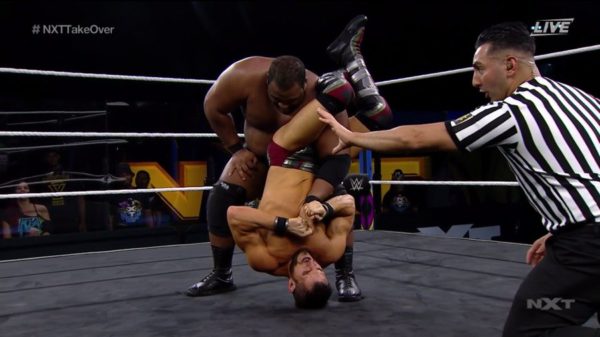 For the first time in two years, Johnny Gargano has nothing to do with Tommaso Ciampa. In ending their feud, Gargano entered a North American Championship match.

Unlike some recent matches, Gargano acknowledged the crowd. Working with them helped elevate his heel status.

When Gargano came out and put a key in his tights, you knew that would play a role. Still, Gargano kept his focus on the eye and hand of his opponent.

Lee relied on his strength, which brought him to the dance. Lucky for him, champion’s advantage saved the title.

Personally, on paper, I figured the match would steal the show. That was not the case as the match seemed to decline as we got deeper. Grade: B

.@JohnnyGargano can knock at the 🚪 all he wants… There’s no escaping @RealKeithLee! 🏠#NXTTakeOver: In Your House pic.twitter.com/1jg99JvF1T 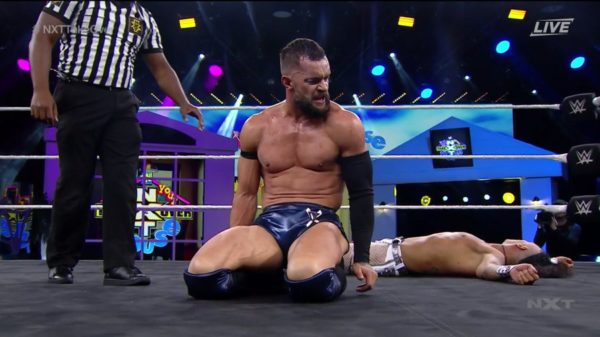 Finn Balor returned to NXT to lots of hype. Then, he was quickly made a heel to keeps things interesting.

It marked the first time Balor was a heel in WWE, but it is already over. The Walter feud had to be stopped due to travel bans.

Hitting the Razors Edge should have been enough to get the win. At one time, that spot would bring home gold.

.@ArcherOfInfamy wants to #LiveForever. This is a dangerous start. #NXTTakeOver @FinnBalor pic.twitter.com/2BFVOcJuxA

.@ArcherOfInfamy and @FinnBalor are laying it all on the line in a SLUGFEST at #NXTTakeOver: In Your House! pic.twitter.com/6IATMKi0Z9

Charlotte Flair won the NXT Women’s Championship at the first Takeover card. Since then, the brand has undergone some major developments.

It took five years, but the women once again were in the main event spot of Takeover. These three women proved how NXT elevates the game.

I was waiting for someone to rip apart the In Your House setting. It brings back some fun childhood memories.

Io Shirai has no fear by leaping off the house. Although, I thought she would go for the moonsault.

Either Shirai or Rhea Ripley needed to leave as champion. Charlotte was not working.

The ending might have been botched. Tough to tell. Grade: B+