Dax Harwood Says AEW Is A Dream Compared To WWE

In a recent interview, Dax Harwood said that working for AEW is a dream compared to the WWE. And it is clear when just looking at FTR.

Dax Harwood and Cash Wheeler made their AEW debut a couple of weeks ago, and they are making some big waves. It is clear both men are having the time of their life in AEW, especially since Dax called working for the promotion a “dream.” 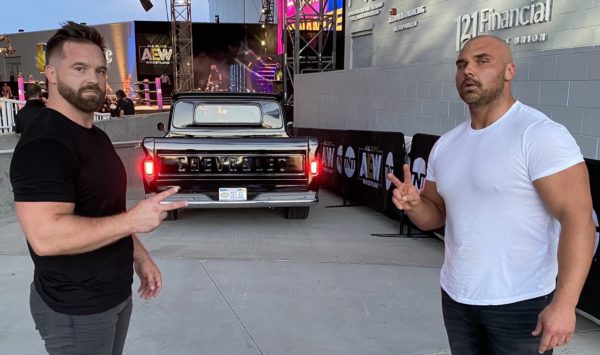 After their amazing appearance at AEW Dynamite on Wednesday, Dax Harwood took to twitter to celebrate with everyone. In the online statement, he mentioned how working at AEW has been a dream.

Finally getting to reflect on Wednesday’s #AEWDynamite. Jim Ross & Tony Schiavone on the call. Arn Anderson & Tully Blanchard watching OUR match from the crowd. What a dream. Thank you all for joining us on this wild ride. You never left us. We won’t let y’all down!#FTR✌🏼

The move to AEW certainly reinvigorated the popular tag team. You could see it all over their faces after their first official “fight.”

Now they are out from under the WWE’s thumb, there are some exciting feuds in the works that go beyond the Young Bucks!

Feuding With The Young Bucks 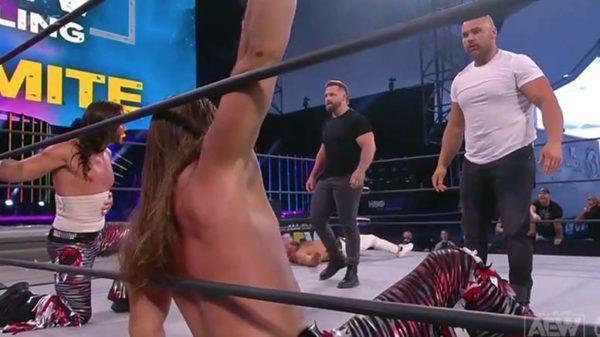 If you missed the debut of Harwood and Wheeler, it is certainly time to tune into AEW Dynamite. After all, both men are scheduled to take on the Young Bucks in an excellent feud.

Harwood and Wheeler started things right on AEW Dynamite. At the moment, it seems the pair are going in as faces, which makes the coming matchup against The Young Buck interesting.

Even though Harwood and Wheeler had the opportunity to get one over on the Young Bucks, it seems they are going about it fair and square.

Still, I expect this feud to last for a while. 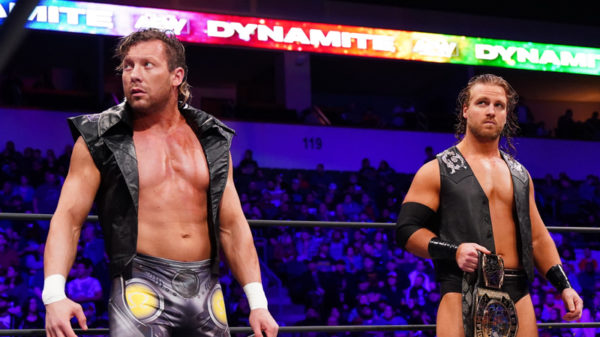 The Young Bucks may pride themselves on building the tag team division, but Kenny Omega and Hangman Adam Page are the current champions. Does this mean FTR goes against this team next?

Omega and Hangman Adam Page are exciting to watch to say the least. While they could not be more different, they have a dynamic and chemistry nobody can deny.

Once the feud with The Young Bucks is over, I believe Omega and Page will be on the FTR’s list. It is only a matter of time before they hold the championships, but it remains to be seen who they will beat.

Omega and Page are currently the longest reigning tag champions. Taking the belts will not be easy, but it delivers some exciting television.

Other Stars Who Would Thrive At AEW 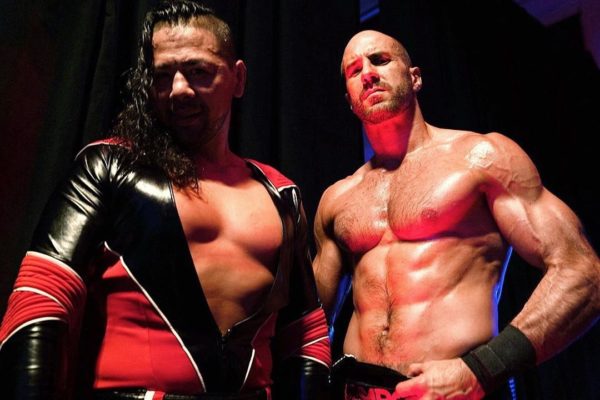 There are so many wrestlers at WWE who would thrive at AEW. Some of the first names that spring to mind are Cesaro, Shinsuke Nakamura, and Sami Zayn.

Given the recent problems between Sami Zayn and WWE, I would not rule out a move in the future. At least he would get the attention he deserves.

Of course, AEW’s Arn Anderson and Sami Zayn do not have the best relationship. In fact, Anderson admitted he and Zayn clashed many times while he worked for WWE.

Zayn has a reputation of being a perfectionist, and many admit that he is tough to work with. Ignoring the latter, it does not take away from the amazing wrestler he is.

These three wrestlers should consider moving to AEW though, because FTR proves that greener pastures are waiting!