While still in WWE, Arn Anderson would apparently clash with Sami Zayn. Also, MVP debuted a new t-shirt for the late Shad Gaspard.

Arn Anderson worked backstage for almost two decades, so he was bound to clash with people. In this case, it happened to be Sami Zayn. Also, there is a Shad Gaspard tribute shirt available with proceeds going to his family.

Arn Anderson had a lengthy run in WWE as a producer. After so many years working with the talent, he was bound to have problems.

During the latest episode of ARN with Arn Anderson and Conrad Thompson, Sami Zayn’s name was mentioned. As the story is told, Anderson and Zayn had clashed before.

Anderson would call Zayne “headstrong” and mentioned how he would believe his ideas were best.

“Sami and I clashed quite a few times over what he perceived to be small things,” said Anderson. “But, I always believed the small things are the big things. When you have to help a kid who is fresh from NXT or from somewhere else that comes on the roster, and you are faced with ‘X’ number of minutes in this position on RAW or SmackDown.”

“As the agent, it is your responsibility to make sure that match is good and it reflects all the rules put in place by the boss, known or not known. You have to be involved in every little aspect of things that in the storytelling process makes sense.”

“In the course of that, you make it to gorilla, and your six minutes went to three. Are you qualified to tell the talent, you just lost three minutes. Here is what you have to take out.”

“There is a lot more than just looking at a guy and saying thumbs up or thumbs down, six minutes. That’s the way it used to be when I wrestled there; thumbs up, thumbs down, and how long you have.”

“There is a lot more involved now. I just don’t think Sami is going to be patient enough or creative enough to be able to come up with a story that is completely different from the one you’ve been talking about all day.”

Up until now, there were never any known problems between the two. But, there have been plenty of reports about Zayn not being the easiest person to work with.

For now, it does not matter as both work for different companies.

Anderson was fired by WWE after an intoxicated Alicia Fox was allowed to perform. Although, there have been reports that Anderson should not have been blamed.

In his WWE career, Zayn briefly held the NXT Championship and recently the Intercontinental Championship. Due to not wanting to wrestle during COVID-19, he was stripped of the title. 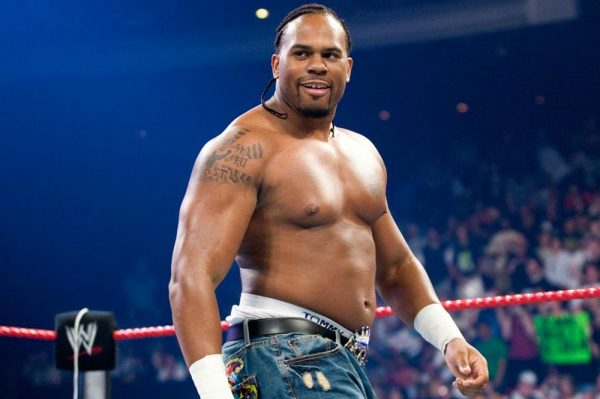 During a trip to the beach, Gaspard and his son got caught in several waves. Despite saving the son, Gaspard did not survive.

On RAW, MVP was seen wearing a t-shirt in memory of his late friend. The t-shirt can be purchased from Pro Wrestling Tees with all proceeds going to Shad’s wife and son.

I wanted to say THANK YOU to @robertspearson ! I called him for a big favor and in less than 48 he had the art for this t-shirt done!!! He’s a great guy and multi talented! Please give him a follow and a 👊🏽 for coming through on such short notice to help Shad’s family! Also, @prowrestlingtees has these shirts in stock. Order now. All proceeds go to Shad’s wife and son. I appreciate all of you.