While away from TV, Becky Lynch made a drastic change with her new look. Plus, the latest on Shayna Baszler's WWE status.

Becky Lynch is now a blonde and here is her new look. On top of that, Shayna Baszler’s WWE status does not seem great.

Becky Lynch opened RAW last month and had a very special announcement. She was vacating the RAW Women’s Championship as she is pregnant.

The news was met with mostly positive reactions from coworkers and fans. Although were a few negative comments, such as the one from Jim Cornette.

In the coming months, fans will obviously notice some changes as Lynch embraces motherhood. Meanwhile, she already underwent a major.

In a post to honor George Floyd, Lynch is no longer sporting the red hair. Now, she is representing a blonde look.

Me when I saw Becky Lynch with the dirty blonde look pic.twitter.com/aSu0xn8JuB

If people don’t know, orange hair dye does not fade into a dirty/sandy blonde. You have to dye your hair that way.

Also for people who don’t know, there are hair dyes without harsh chemicals. #BeckyLynch #WWE pic.twitter.com/SyKGA0J89e

Love her so much pic.twitter.com/IAtNdrZ2ZK

Blonde Becky Lynch 😭😩😩 I Think I Like It More Than The Orange 😭🔥 pic.twitter.com/4eFiSCBB9L

Along with Lynch for this ride is her fiancé and fellow WWE superstar Seth Rollins. Their baby is due around December or January.

As for Lynch’s wrestling future, that is up in the air. She left at the top of her career and WWE will gladly welcome her back.

But, that decision all depends on Lynch. She could always decide that her time inside the ring is over as she focuses on a family.

At the same time, there are numerous female superstars that have juggled motherhood and being a wrestler. Examples include Asuka, Mickie James and Lacey Evans. 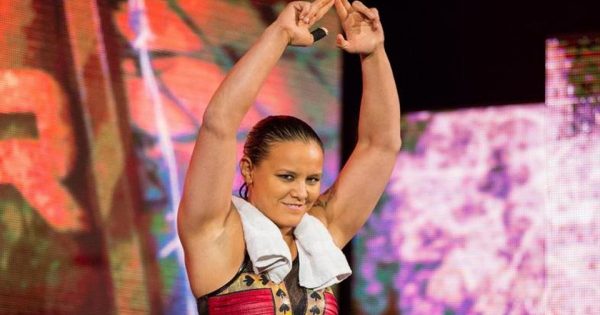 While on the topic of Becky Lynch, her last major feud was against Shayna Baszler. Many thought Baszler would capture the title from Lynch and become a major star, but that things have not gone smoothly.

Baszler is still on the RAW roster, but has not been seen in weeks. According to Fightful, Baszler is fine and WWE simply has nothing for the former MMA fighter at the moment.

In NXT, Baszler was built as nearly unstoppable. She won the NXT Women’s Championship on two occasions and rarely lost.

There was talk for about a year of Baszler debuting on the main roster. When it officially happened, she quickly was elevated into the title picture.

Some thought she would defeat Lynch as retribution for Ronda Rosuey at WrestleMania 36. That never happened and Rousey is yet to return to WWE.

The last major appearance for Baszler was last month at Money In The Bank (MITB). She took part in the Women’s MITB Match, only to lose to Asuka.

Of course, the next night, everyone learned the women were not fighting for a title shot. Instead, the winner would be the new RAW Women’s Champion.