Becky Lynch opened up RAW in a big away. She is pregnant and therefore relinquished her title. Here's the last backstage news and her future with WWE.

Becky Lynch’s WWE future is on hold right now because of her pregnancy.

Monday’s RAW was filled with emotion. There was some sadness and plenty of joy.

Becky Lynch opened the show and announced that she was pregnant. Therefore, she relinquished the RAW Women’s Championship to Asuka.

While details are still coming in, we are starting to hear some backstage news on what went down yesterday.

Lynch last competed at WrestleMania 36, where she defeated Shayna Baszler. Since then, she had been missing from WWE TV. 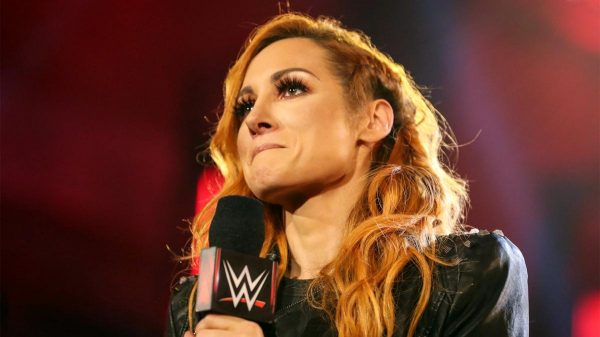 During PWInsider Elite, Mike Johnson speculated their encounter was not too physical because WWE knew about the pregnancy. Although, if WWE were aware of Lynch’s situation, it seems hard to believe they would let her compete.

“Obviously, the finish there was a little safe and a little weird,” said Johnson. “And that match did not live up to what a lot of people think it should have been. But in hindsight, that makes a lot more sense and kudos to everybody involved.”

As for Lynch’s future, that is uncertain. If she opts to return, that is something WWE will not seriously consider until early 2021.

Considering the timing, Lynch could possibly return to WWE in time for WrestleMania 37. But again, there are many obstacle that can occur.

Working on the road 300 days a year with a newborn is seemingly impossible. Plus, we have no idea how long it will take Lynch to get back into ring shape. 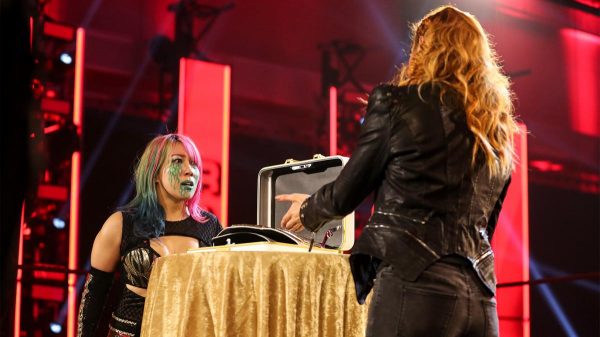 As for Asuka being crowned the new champion, that was a surprise. At Sunday’s Money in the Bank, Asuka won the briefcase and the belief was she would successfully cash-in.

Instead of winning a briefcase, Asuka was actually being groomed  as the next title holder. Although, she did not know until sometime Monday.

“She was not aware that was happening until yesterday when she got to the taping,” said Johnson. “So her reaction, while she knew what was going to happen in the segment, was legitimately shocked and excitement we were told.”

A few hours before RAW started, WWE stated “The Man” would make a shocking announcement. Soon after, people started suggesting that she was pregnant.

It seems like very few people knew about Lynch’s big surprise. Besides Seth Rollins, the McMahon family and some top executives, the information was kept quiet.

“She wasn’t beaming about the news to those in the company until after the segment was taped. So, there were a lot of people who were not aware all this time that she and Seth were expecting a child until the announcement was made.”

Throughout the show, plenty of people sent their best wishes while even breaking kayfabe. Yet, Baszler did not have the kindest of remarks.

We’ll miss you, too, @BeckyLynchWWE … but we couldn’t be happier for you! #WWERaw pic.twitter.com/iZteMLNXlN

In conclusion, this is wonderful news for Lynch as she starts the next chapter of her life. She was a dominant champion and will do the same as a mother.

Congratulations to Lynch and Rollins from everyone at Wrestle Newz!