Sad WWE news this week as it has been revealed Rey Mysterio is retiring from professional wrestling. His departure will be marked by a special event.

As a lifelong Rey Mysterio fan, it is difficult to write up this news today. Unfortunately, the WWE’s prime Luchador is about to retire from professional wrestling.

Ready To Step Away From Professional Wrestling 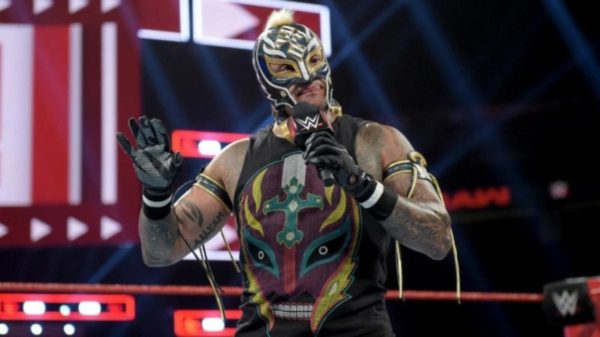 The announcement about Rey’s retirement came during Monday Night Raw this week. As the Luchador gets ready to start life outside of professional wrestling, the WWE prepares to give him a remarkable send-off during next week’s episode of Monday Night Raw.

There were significant rumors about Rey’s retirement over the past couple of years. Now, it seems those rumors were accurate.

Fan Response To The Retirement 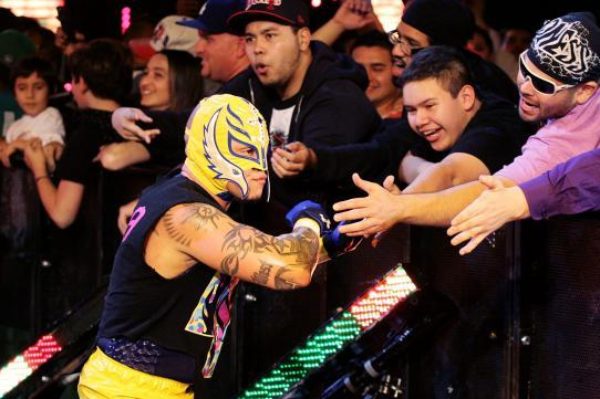 Since Rey Mysterio is a fan favorite, it is no surprise that fans took to social media to honor the Luchador.

What a career. He’s pretty much done it all. Won the rumble, be world heavyweight champion. What an insane career. He wrestled in all sorts of companies. He even got tossed off a roof. 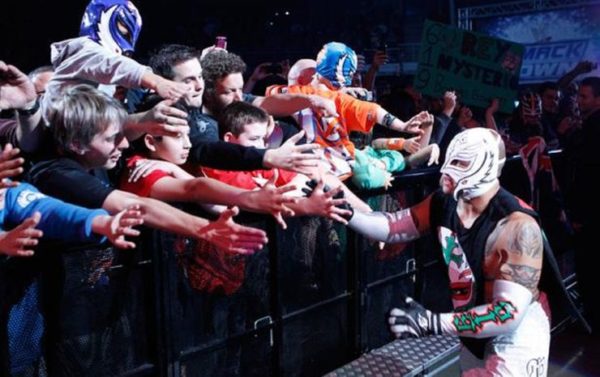 One thing I am puzzled about is the timing of the retirement. After all, Rey’s contract does not expire until September and no crowd will be present.

One fan actually had a really good theory about this. The retirement may be a storyline, leading up to his actual retirement further down the line.

@TheBlueTeMpAh Yeah because Rey is going to retire in front of no one… This ain’t happening, might be the start of his retirement story which eventually ends when the crowds are back but definitely not next week!

As a Rey Mysterio fan, I would love to witness his actual retirement. If it were to take place without fans, it would be devastating for many people out there, myself included.

And there are more indicators that it might be a storyline, as the host of the ceremony is none other than Seth Rollins. The Monday Night Messiah is the perfect farewell feud for Rey, so I am quietly hoping this is set to happen.

Seth and Rey have a feud going on at the moment, so chances are that this is a part of the storyline, too. Both men are heading to Backlash for an epic match.

In my opinion, September is the month to keep in mind. When his contract expires and is not renewed, then this might be the real date where Rey laces up his boots for the last time. 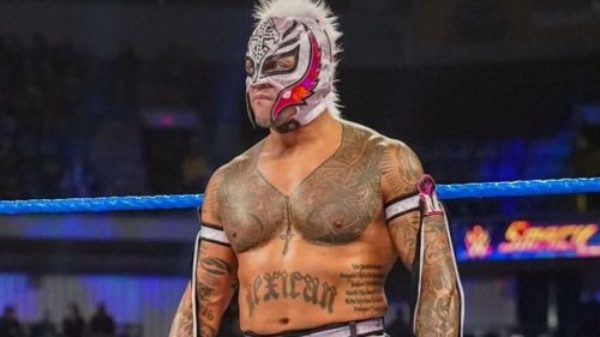 Despite the obvious storyline angle, I do wonder if Rey’s actual retirement could come this year. He mentioned retirement during a number of interviews over the past couple of years, so I would not rule it out completely.

But for now, I am hoping his retirement is a storyline with Seth Rollins. It will be weird to think about the wrestling landscape without Rey Mysterio, even though he is 45 yearsold now (46 in December).

Also, Rey retiring from WWE does not necessarily mean he won’t be in wrestling at all. After all, Rey spent some time at Lucha Underground, and was involved in some really good storylines.

In conclusion, while I hope Rey’s retirement is a work, you never know with the WWE. Several superstars retired in the past because of injuries or personal reasons, so I won’t rule it out completely at this point.

If Rey is genuinely retiring, I want to thank the Luchador for all the amazing moments. After all, he is the man who got me into wrestling in the first place.

So, good luck Rey and we look forward to more amazing moments, whether they take place in the wrestling ring or not. Gracias Rey.

Honoring The Great One 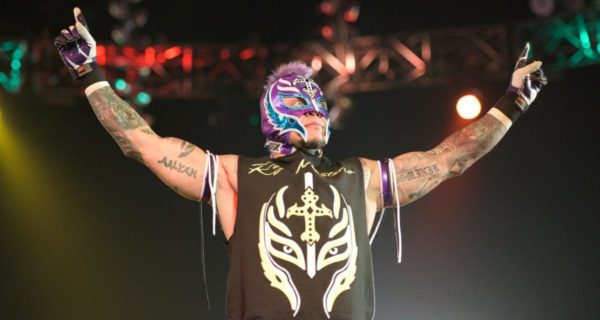 Since the retirement is still on the table and not a confirmed storyline yet, I would like to highlight some of Rey’s most memorable moments. Here are some of my personal favorites.

This is one of my top moments for the Luchador. After a couple of years on the indies, he finally made his return at the 2018 Royal Rumble.

When this happened, I actually jumped on my coffee table. Big mistake of course, as a glass coffee table does not react that great to jumping on it.

The crowd reaction, the energy of Rey Mysterio and his amazing physique coming back, there are so many things to love about this timeless moment. Keep in mind the man was 43 years old at the time!

This is the moment that got me into wrestling. Growing up in Belgium, I never got much exposure to the pro wrestling circuit, until my other half showed me this moment.

The underdog Rey Mysterio winning the Royal Rumble had it all. The underdog going up against the odds and taking the win with full fan support.

It is difficult to find a moment that shows Rey Mysterio’s underdog persona better than this one.

The ladder match between Eddie and Rey at Summerslam 2005 was another moment that will go down in history. The storyline was epic, but so was the wrestling match.

Eddie and Rey were good friends, and it certainly shows in the ring. Both men had a spark when they were in the ring together, which is difficult to rival by any other wrestler today.

Of course, the men weren’t always rivals in the ring. They also were a tag team at one point. There are hundreds of Eddie – Rey moments to choose from.

The Man Behind The Mask

A year after his death in 2005, Eddie Guerrero was inducted into the Hall of Fame. He was inducted by his best friends in the wrestling industry, which included Chris Benoit, Chavo, Rey Mysterio and Eddie’s wife Vickie Guerrero.

This moment in WWE history makes me break down in tears to this day. Not only did it show the man behind Rey Mysterio, it also showed the family behind pro wrestling.

While the WWE no longer shows this moment because of the presence of Chris Benoit and the controversy surrounding him, Rey Mysterio, Vickie, Chavo, and even Chris Benoit honored Eddie in the best way possible.

At WrestleMania 22, underdog Rey Mysterio fought Kurt Angle for the World Heavyweight Championship. Of course, this was not just any match in professional wrestling history, because Rey won for none other than Eddie Guerrero.

Obviously, Rey enjoyed tremendous fan support during this match. And even though the odds were stacked against him, the underdog was victorious once again.