Paul Heyman has been helping one of WWE's top stars get over. Also, Mick Foley wants to see Nancy Benoit join the Hall of Fame.

Becky Lynch has been getting some extra help thanks to Paul Heyman. Plus, could Nancy Benoit join the WWE Hall of Fame?

Paul Heyman has an eye for talent. Partnering with Brock Lesnar over 15 years ago was one of the best decisions.

Now, Heyman serves as the Executive Producer of RAW and also assists talent get over. In the past, he has worked with Ronda Rousey and other promising stars.

At the moment, he is working with Becky Lynch. According to Wrestling News, the idea is to bring more mainstream attention to the RAW Women’s Champion.

“I was told that her Twitter presence has helped her a lot,” the source noted. “One source told me that at certain times during feuds, Paul Heyman has suggested things for her to tweet. And her Twitter strategy appears to be working.”

Social media has changed the landscape of wrestling. Before social media, wrestlers would have to sell their angles based off TV time.

Now, they have such a large platform that is not completely monitored by WWE. While wrestlers do have lots of freedom on social media, there are some rules in place.

As for Lynch, she has been on a roll the past 18 months. WWE tried to turn her heel and instead she became “The Man.”

Right now, Lynch is arguably one of the biggest stars in the company. When WWE released the salaries for their top 10 wrestlers, she was the only female.

Over a year ago, at WrestleMania 35, Lynch won the main event to become a double champion. Although, her reign with the SmackDown Women’s Championship was not long.

In comparison, she has held the RAW Women’s Championship longer than anyone. Currently, the reign has nearly surpassed 13 months.

With Heyman’s wrestling knowledge and Lynch’s status with fans, she could become an even bigger star. WWE does want to be careful they do not lose Lynch to Hollywood. 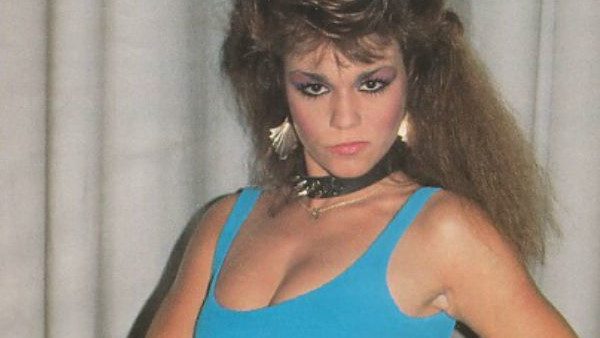 During the current season of Dark Side of the Ring, the Chris Benoit murder-suicide was featured. The retelling of the story was broken into two episodes and scored the best viewership to date.

One person watching was WWE Hall of Famer Mick Foley.

The two were taking and Foley now wants to see Nancy join the WWE Hall of Fame. He posted the following message on his Facebook account.

This June, will be 13 years since one of the most tragic events in pro wrestling. Chris Benoit killed his wife on a Friday, son on a Saturday and then committed suicide Sunday.

The three days drastically changed the WWE landscape. Drug testing was enforced and Chris Benoit was wiped from WWE history.

Foley worked with Nancy during their times in ECW and WWE. While Chris Benoit will never get inducted, Nancy has a chance.

The problem would be the big elephant in the room as everyone would have to recall what happened 13 years ago. But, at the same time, they would not be able to utter the name Chris Benoit.