The Lynch-Rollins wedding has been postponed. The Superstars had to adjust plans due to the global pandemic. Also, a WWE announcer has tested positive. 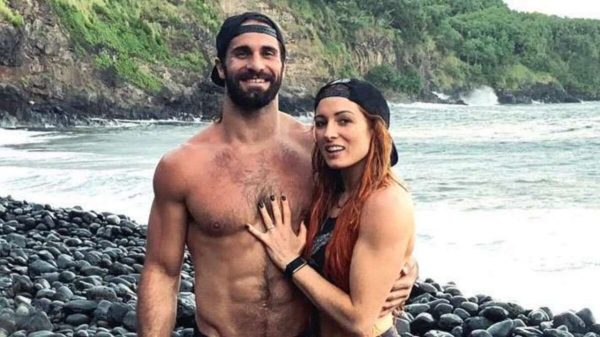 Much of the world is shut down or in chaos thanks to the ongoing global pandemic. Covid-19 has now claimed another event.

For the WWE, the Lynch-Rollins wedding has been postponed.

Becky Lynch and Seth Rollins were engaged last year. Apparently, their wedding was set for 2020.

That has now changed, though no new date has been announced. Becky Lynch recently discussed things with the Irish version of Extra.

She confirmed some things, but was coy with other details:

‘Yeah it has, that’s going to to get pushed back, obviously. Look, at the end of the day, I’m going to be with him forever,’ she says.

So it doesn’t matter if we get married next month or next year or two days from now, it’s all the same, but it would be better if my family and friends could be there.’

She would not divulge where the wedding would take place, other than it wouldn’t be in Ireland.

‘It’ll be somewhere over this side of the pond,’ she responded followed by a clear silence.

Lynch also took the time to tease a bit on what she has planned for life outside of, or even after, WWE.

‘You’re just going to have to stay tuned for them, but very, very good things on the horizon.’

Sounds like Becky Lynch is keeping busy, and has big plans outside of just being The Man in WWE. 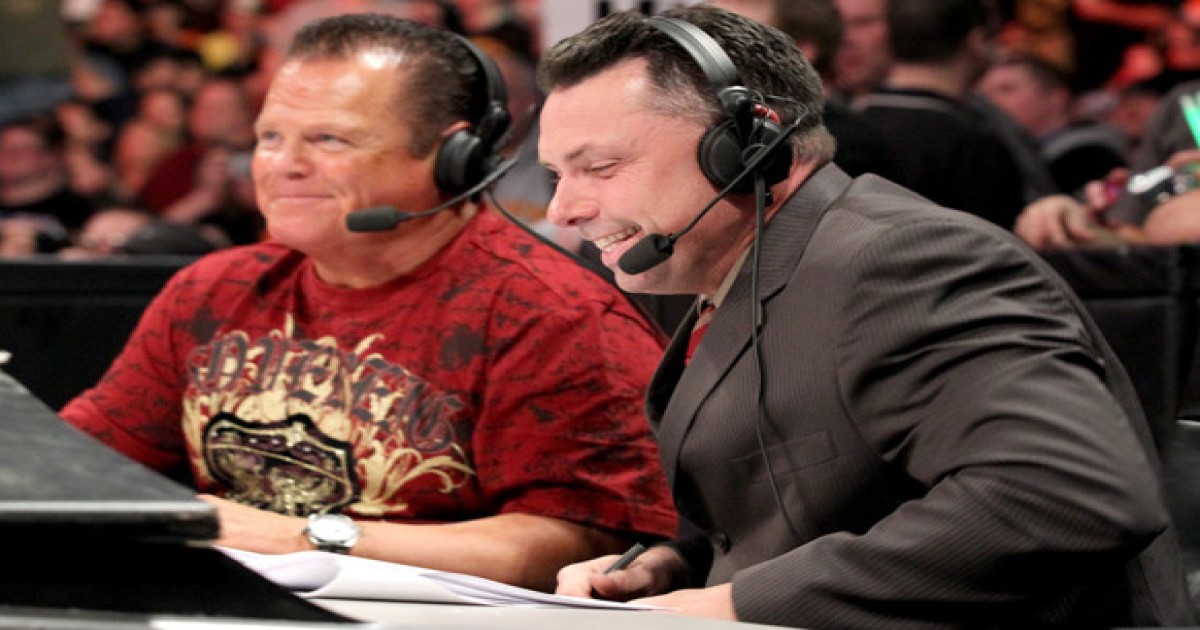 Every day we are seeing more and more people who have tested positive for coronavirus. The world is taking great precautions to slow the spread, but the virus is popping up everywhere.

In spite of social distancing and the impressive level of cleaning at the Performance Center, we are now learning that a member of the WWE Announcing team has tested positive for the virus.

That news was recently revealed to us by way of the Wrestling Observer.

Naturally, WWE has not confirmed who the employee is. We don’t expect them to, out of respect for privacy.

Knowing how things work, I’d bet it’s simply a matter of time before a name pops up, especially considering the announce team is a rather small group within WWE.

This news will likely bring more scrutiny to WWE’s decision, announced this weekend, to resume live broadcasts of matches starting tonight on RAW.

WWE has had some issues related to life in the age of the coronavirus. Most notably. Roman Reigns bailed out of his championship match, at least partially out of health concerns.

WWE may still be ticked at Reigns for the decision. However, considering how dangerous this virus is proving to be, it seems to make more sense to be cautious than not.

At the end of the day, it may be better for WWE to shut things down for a bit to play it safe. Especially considering they aren’t essential, and may be in violation of stay at home orders.

This fan may have said it best: