Some of the worst matches have taken place at WrestleMania in the past. But which wrestlers and accompanying WWE matches made our list of shame?

5. Hulk Hogan Versus Yokozuna At WrestleMania 9 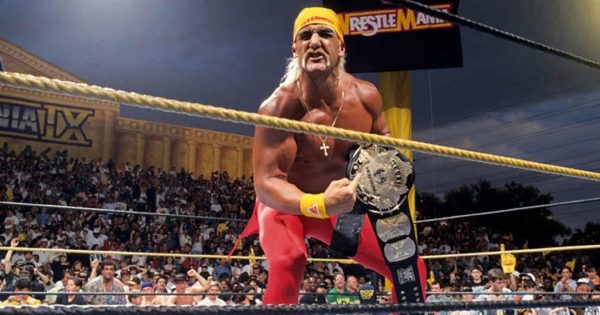 This match took place when Hulk Hogan was on the verge of retirement. The company desperately needed some new blood to take over the torch and this would happen shortly after this match. However, the way it was set up wasn’t the best.

Yokozuna managed to defeat Bret Hart for the championship with just a little help from Mr Fuji. Cue Hulk Hogan, who received an instant challenge to face Yokozuna. Evidently, Hogan won, but it wasn’t much of a match overall. A fluke win due to a salt misfire on Mr Fuji’s part and it was all over.

Now, it is important to mention that not everyone thought poorly about this match. In fact, some believed it laid the groundwork for other WWE superstars (WWF at the time). One thing is certain though, it was anything but a main-event worthy match. It was just a gimmick.

On a side-note, this is the match that caused severe problems between Hulk Hogan and Bret Hart over the years. Hulk Hogan told Bret that if he dropped the title, he would return the favor. But this never happened. Since then, there has been a lot of bad blood between both men.

4. The Rock Versus Eric Rowan At WrestleMania 32 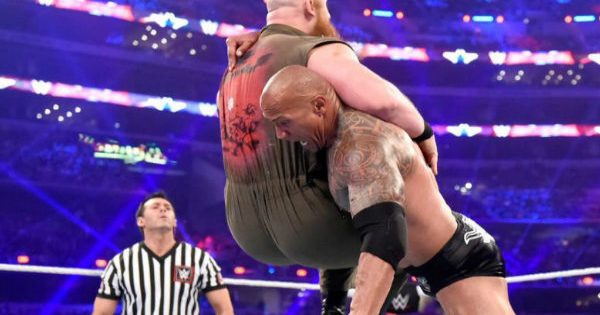 It pains me to put The Rock on this list. However, this match at WrestleMania is arguably one of the most forgettable in the company’s history.

While most of us remember The Rock coming out with a flamethrower and putting his name on fire, the match that followed afterwards nobody remembers.

When it comes down to entertainment, The Rock did deliver. The crowd loved seeing the Rock doing a Rock Bottom and there was an amazing crowd reaction. Unfortunately, the match was so short, it made the WWE’s top ten of fastest one-on-one matches. Also, when The Rock at WrestleMania 32 is mentioned, all people really remember is the flamethrower. 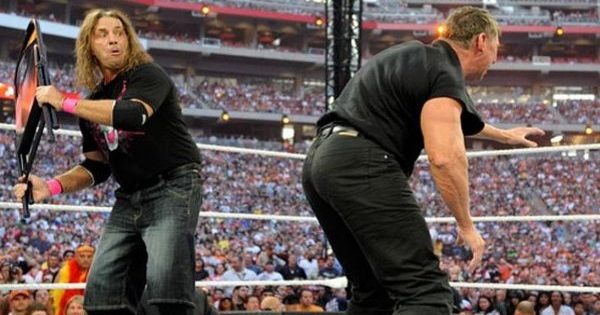 Yes, the WWE chairman and CEO has made it on our list of worst Wrestlemania matches! Unfortunately, this match was done a few years too late and that was the cause of the problem.

Bret is arguably one of the best in-ring technicians of all time. However, when Wrestlemania 26 came around, Bret was in no shape to have a match with Vince Mcmahon. The same applied to Vince Mcmahon, who could not carry Bret Hart or vice versa.

While there was much history between Hart and McMahon, the story should have been done ten years before the Wrestlemania 26 match. Unfortunately, the WWE has not learned their lesson with this match, as they repeated this mistake with the Goldberg versus The Undertaker match in Saudi Arabia. 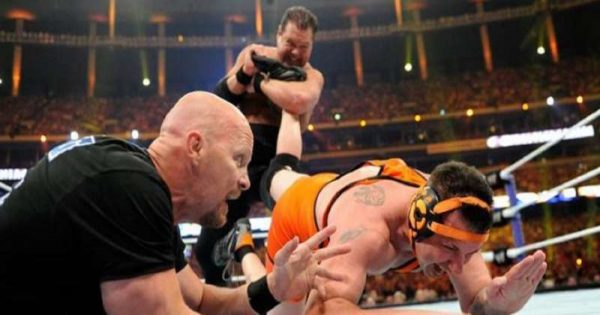 Gimmick matches sometimes turn out to be the worst WrestleMania matches of them all. This is certainly the case for the match between Michael Cole and Jerry Lawler at WrestleMania 27. In fact, Vince McMahon called it ‘the worst thing he’s seen in 60 years’.

The storyline behind the match was very basic. Two commentators who could not stand each other. In other words, every commentator pair that has ever existed in the WWE. Michael Cole was the commentator who claimed he was the greatest of all time, while Jerry Lawler was the defending his position as one of the greatest wrestlers to ever live.

Many people believed that this was going to be a quick match, with Lawler taking the win rather quickly. Things turned sour pretty quickly though. The match ended up being fifteen minutes and Cole even won with some help from Jack Swagger. Let’s not repeat this ever again, at least not at WrestleMania.

1. The Undertaker Versus Giant Gonzalez at Wrestlemania 9 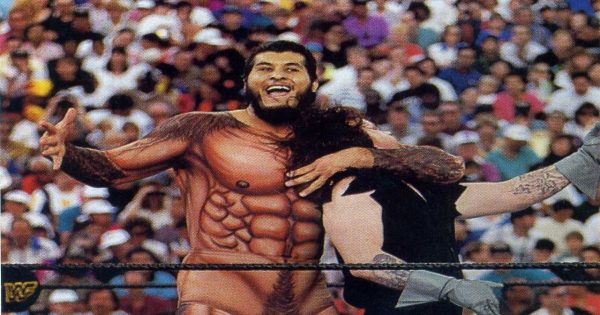 It is hard to imagine The Undertaker is on this list, but let’s just say he is not the reason why this match is on the list. Wrestlemania 9 is arguably one of the worst wrestlemania’s in history, and this match certainly contributed to that.

Giant Gonzalez had quite the interesting physique, so many were looking forward seeing him face off against The Undertaker at Wrestlemania 9. Unfortunately, the match would turn out horribly, mainly due to the inexperience of Giant Gonzalez at the time.

Even though Giant Gonzalez improved over time, he was anything but an experienced wrestler at the time when this match took place. It showed in the ring as well, despite the best efforts of The Undertaker to carry the giant during the match. Everything was very blocky and there was zero flow during this match. Gonzalez’ acting and in-ring storytelling was horrible as well, which made the entire thing very boring to watch. Still, if it weren’t for The Undertaker, it could have been even worse. Although, it is difficult to imagine how this match could have been worse than it was. 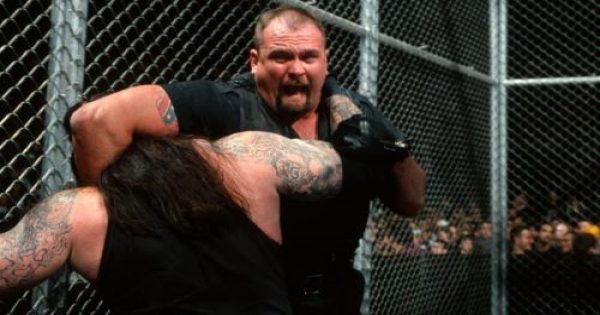 Let’s face it, there were quite a few stinkers to choose from. In addition to the matches we already mentioned, we could have added The Undertaker versus Big Boss Man at WrestleMania 15. Or maybe Triple H versus Randy Orton at WrestleMania 25?

Despite the many bad wrestling matches that have taken place at WrestleMania, it is clear that the reasons for a bad match can be many. It could be down to the inexperience of a wrestler, but also due to the fact that a wrestler has become too old.

Even though there are many reasons why matches can fail, it does show that bookings are very important. While you may argue that wrestlers should always be able to perform, no matter who they are against, the reality is very different. Even the most iconic wrestlers can have bad matches due to poor bookings.