In honor of Simone Johnson joining the WWE, we take a closer look at some of WWE's multiple wrestling generations. Some may surprise you!

Many wrestlers in the WWE today are the son, daughter, or even grandson and granddaughter of a famous wrestler. With Simone Johnson joining the company recently, The Rock’s legacy continues. In honor of another daughter of wrestling royalty joining the company, we take a look at the most memorable of WWE’s multiple wrestling generations. 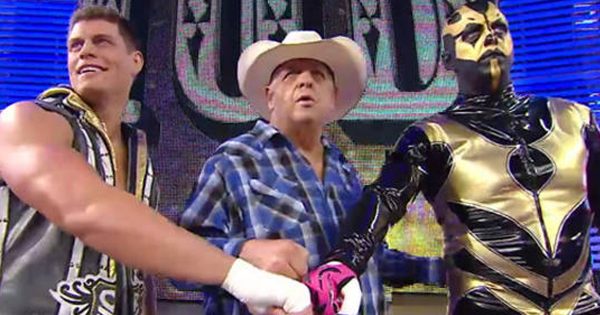 Now, this one was a tough call, as both Cody Rhodes and Dustin Rhodes are wrestling under the AEW banner now. That being said,  both men are the son of the American Dream Dusty Rhodes, who has a tag team tournament under his name in NXT. Dustin Rhodes also had a lengthy career in the WWE before he made the switch to AEW. The same applied to Cody Rhodes, although he is still very much in the peak of his athletic ability and could continue for many years yet. Cody Rhodes is also one of the posterboys for the new promotion as well as one of the founders. Therefore, the chances we will ever see Cody Rhodes in the WWE again are very slim indeed.

Cody Rhodes continues honoring his father in AEW, as he adopted the nickname “The American Nightmare”. 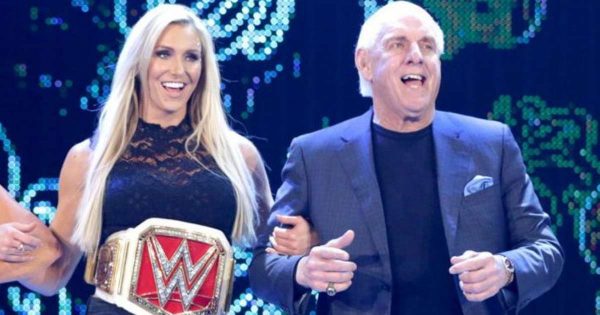 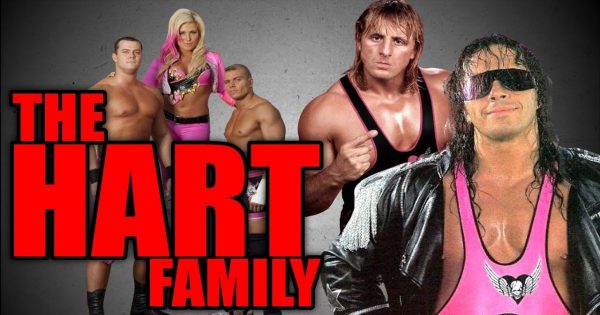 There are more women in wrestling today that stem from WWE’s multiple wrestling generations. In addition to Charlotte, another well-known wrestler with an extensive wrestling family behind her is Natalya Neidhart. As you may know already, Natalya is a member of the Hart family. Her uncle is none other than Bret “The Hitman” Hart and her father was Jim “The Anvil” Neidhart.

Despite being a famous wrestling family, the Hart family had to deal with a lot of tragedy. Owen Hart died during a WWE show due to a failing safety harness, Bret Hart has recently been diagnosed with skin cancer, and Natalya’s father died just last year.

While the family has encountered a lot of misfortune recently, they have left an incredible legacy nonetheless. Owen, Bret, Jim, and Davey Boy Smith Jr. are all well-known names in the industry. The Hart dungeon has also trained numerous famous wrestling stars, including Chris Jericho – who currently works for AEW – Edge, and Christian. 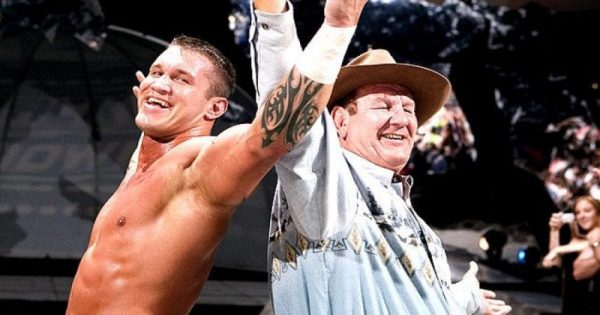 Randy Orton is the son of “Cowboy” Bob Orton. In turn, Bob Orton is the son of Bob Orton Sr., also a professional wrestler. Like Randy Orton, who is currently embroiled in a feud with Edge, Bob had quite the extensive career. He wrestled for the WWE between 1984 and 1990, as well as countless indie promotions. He would make more returns to the WWE, including in 2010, 2012 and 2017.

Rikishi And The Usos 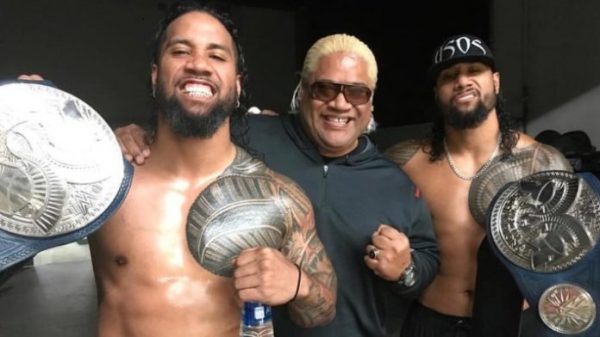 The Usos are the twin sons of former WWE wrestler Rikishi. With an aptly named move called the “stinkface”, Rikishi made a lasting impression on the wrestling universe and his sons The Usos. His sons are doing the same now though, as they are multiple time tag team champions and favored by fans.

Now, we need to mention there is more to this particular connection between Rikishi and The Usos. In fact, the WWE is filled with family for the Usos. Their cousin is Roman Reigns, whose father was also a WWE superstar called Sika. Then, you also have Nia Jax, which is also a cousin. And to top it all of, The Rock is also related to them. In other words, the WWE has become a family affair for this Samoan family. To explain The Usos’ family tree in detail, we would need more than one website! 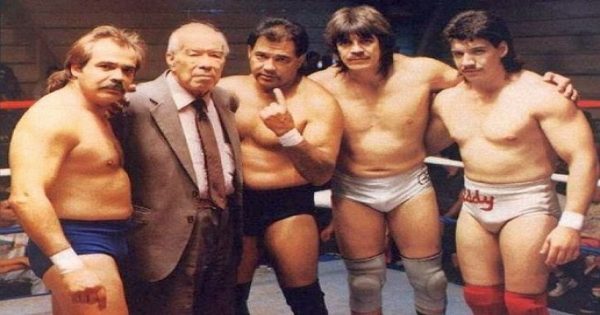 Everyone who loves wrestling knows the name Eddie Guerrero. Guerrero was a once-in-a-lifetime Luchador that will be remembered forever. Unfortunately, he died really young at the age of 38 following heart failure.

While Eddie’s career and story is well-known, not everyone knows that he comes from a wrestling family too. Eddie was the son of Gory Guerrero, one of the pioneers of the Lucha Libre scene. Gory married a woman called Herlinda, which was ironically the sister of wrestler Enrique Llanes. After their marriage in 1947, they had six children: Chavo, Mando, Hector, Eddie, Maria and Linda. Evidently, some of their children went on to become big names in the world of sports entertainment. 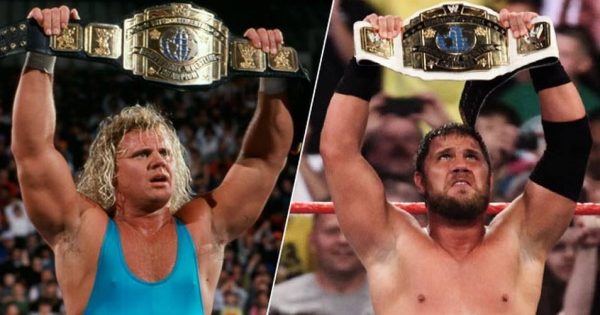 Even though we have not seen Curtis Axel a lot lately, he’s already enjoyed quite the extensive career in the WWE. His father did the same before him, as Curtis Axel is the son of none other than Mr. Perfect.

Mr. Perfect, real name Curtis Michael Hennig, was a professional wrestler, manager and even commentator. He worked for the WWE when they were still known as the World Wrestling Federation, but also other promotions such as World Championship Wrestling, Total Nonstop Action Wrestling (Impact Wrestling) and the American Wrestling Association.

Unfortunately, Mr. Perfect’s death came rather unexpected in 2003. He was found in his hotel room in Tampa, Florida and was only 44 years old. The autopsy revealed later that he had died of cocaine intoxication. The medical examiner would later state that steroids and painkillers could have been contributors to his death as well.

At the time of his death, Mr. Perfect was the FOW Heavyweight Champion. Evidently, the title was vacated and was never the same again. Mr. Perfect’s son Joseph would eventually take the ring name Curtis Axel in honor of his father and grandfather. He would later win the Intercontinental Championship in 2013, which took place on Father’s Day. He also dedicated his win to his father. Interestingly, this makes Mr. Perfect and Curtis Axel the first father and son who have both held the Intercontinental Championship. And, it seems that record is here to stay.

A Batman: The Animated Series Tie-In Comic Hits Shelves and Digital Next Month