Charlotte Flair and Andrade shared on social media shorlty after midnight that they are engaged. Also, two superstars reached an impressive RAW statistic. 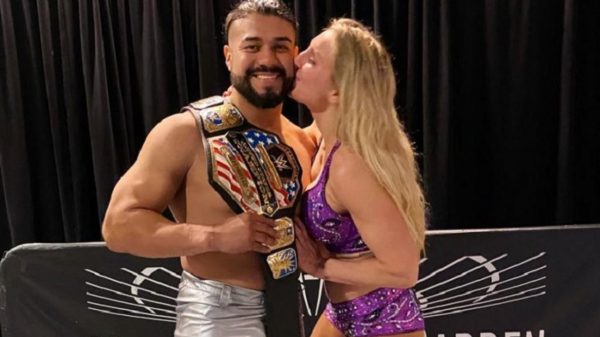 People love to drink and party on New Year’s Eve into New Year’s Day, while they reflect on the past 12 months. Some like to make major life decisions and that is exactly what one WWE couple did.

Charlotte Flair and Andrade are officially engaged. It seems like the question was popped shortly after 2020 arrived. The couple took to social media to share the great news.

The couple have been going out for maybe a year. Unlike some couples, they never hid their status. They we’re frequently spotted together and always sharing pictures on themselves together on social media. There were rumors months ago that they were engaged due a ring spotted on Charlotte’s hand, but she denied those reports.

As 0f now, there is no information about when the wedding will place. Hopefully, it does not air on WWE TV like Lana and Bobby Lashley. It will interesting if Charlotte drops her famous last name ‘Flair.’

There seems like no better way to start 2020 than with the news of an engagement. From everyone at Wrestle Newz, congrats to Charlotte and Andrade on their engagement.

Fans React To The Happy News

Becky Lynch & Charlotte Flair single beginning 2019 and both engaged by end of 2019!

This gotta be the best week of Andrade’s life.

Won the US Title
Gets engaged to Charlotte Flair

Can’t wait for that wedding on RAW 🤣 #wwe #raw pic.twitter.com/ZI5QElGAKb

Congratulations! 2020 has already started off great for you and @MsCharlotteWWE (Charlotte Flair-Cien Alma’s!)Where does that leave Zelina Vega?…🤔

I’m obsessed with Charlotte Flair & Andrade & I wake up to news that they’re now engaged. I love them sm omg I’m so happy for them 😭😍 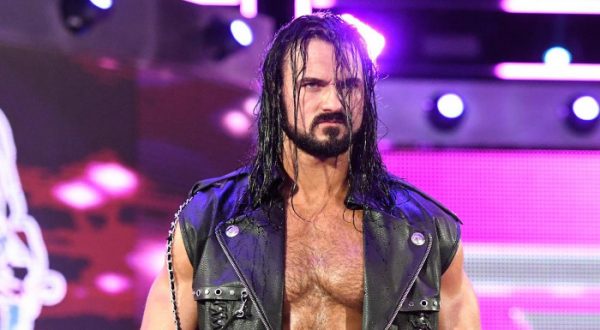 In WWE, few people can last a decade. Although, that trend seems to have changed with All Elite Wrestling.

Apparently, Luke Gallows and McIntyre are the only RAW superstars to have WWE programs in 2010 and (going into) 2020. Of course, both did leave WWE for an extended period of time before returning.

Way back, Gallows started on the main roster as the Fake Kane and then Festus. Eventually, he joined CM Punk’s Straight Edge Society before getting kicked out of the group and released. Then, in 2016, he returned and brought Karl Anderson along. Now, they are part of The OC with AJ Styles.

For McIntyre, he was given lots of attention by Vince McMahon when he debuted. Although, the push would end and he became a jobber as part of 3MB. In 2017, he returned as part of NXT and eventually headed to the main roster. Despite being in some top feuds, McIntyre mostly floated around last year.