The Revival are filing trademarks for their post-WWE future, hiring a lawyer who has worked with several AEW superstars in doing the exact same. 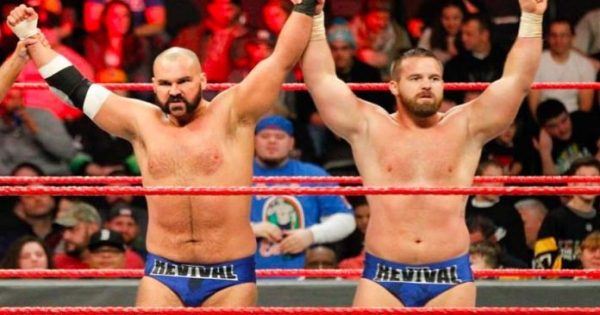 As rumors of Scott Dawson and Dash Wilder – better known as The Revival – leaving the WWE heat up, the two are throwing fuel to the fire.

Dawson and Wilder have filed a trademark for the name Top Guys, which they have used while competing in NXT. The pair have also filed trademarks for “Say Yeah” and “No Flips, Just Fists” while using the same lawyer as current All Elite Wrestling superstars Cody Rhodes, Jon Moxley and Lance Archer to do so.

The two are the only team to win WWE’s main three tag team titles, capturing the Raw, SmackDown and NXT titles a combined five times. They have been a tag team together since 2014, most recently helping King Corbin in his feud with Roman Reigns. 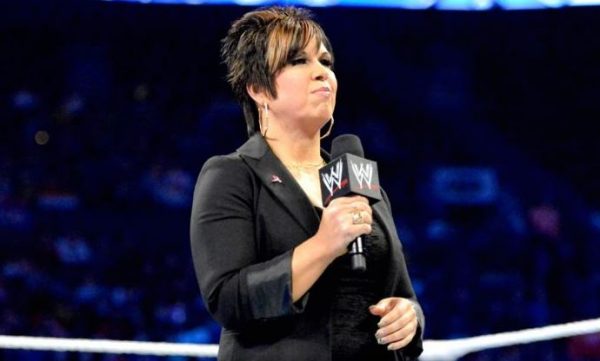 Superstar Billy Graham and Vince McMahon have had nothing short of a turbulent relationship over the years. Now, Graham is going after McMahon for his handling of Vickie Guerrero and her podcast.

According to Graham’s Facebook page, he is less-than-pleased that McMahon and the WWE are no longer working with Guerrero to bring superstars on her podcast. The reason being that Guerrero appeared on the All Elite Wrestling Dark December 11 episode as a special guest on Chris Jericho’s cruise.

What’s the REAL story between @VickieGuerrero & #wwe? You’ve read bits & pieces all over the ‘net, now hear the comments that started it all on the most recent NEW #ExcuseMePod, also featuring @realdavidbenoit and @AliciaAtout! https://t.co/g720S4Y0Iw pic.twitter.com/HLLzIDYMS1

“This scumbag bastard Vince McMahon has blocked Vickie Guerrero from using any of his so called ‘superstars’ on her Podcast because she went on a AEW Chris Jericho Cruise Ship Tour,” Graham posted. “This man has to be the single most evil human being walking the face of the earth. To deny a woman’s right to make a living when her husband gave his life for this unworthy pile of dung. He won’t let her have any of his talent to simply sit and talk on a Podcast, while this coming Thursday, Febuary 27 he will be putting on a show in Saudi Arabia with his partner the Saudi Crown Prince, Mohamed bin Salam who will be paying 50 million dollars for this one night show and oh yes, personally ordered the murder and dismemberment of American journalist Jamal Khashoggi.

“The ever greedy Vince will take 50 million dollars soaked in Khashoggi’s blood, but won’t let Vickie Guerrero make some nickles and dimes doing a Podcast. What a two face, selfish bastard that will burn in Hell.”

Graham noted a previous report from Guerrero in which she discussed the matter in question.

EXCUSE ME! Thursday, download and listen on how Vickie will not sit in the corner and not be heard! Vickie discusses her love for @aew & not apologizing for what she stands for! Apple: https://t.co/1y0VtW0t6R
Spotify: https://t.co/uoSzEAjvOv. pic.twitter.com/IFO5Jp25dN