Randy Orton and The Revival Still Looking To Go To AEW?

Randy Orton may be considered as a loyal WWE employee, but he may jump ship alongside The Revival in the nearby future. Here's the story!

Recent reports seem to indicate that backstage morale in the WWE is as bad as it has ever been. It may even be so bad that loyal company employee Randy Orton is still looking to join AEW alongside The Revival. Orton has been quite open about his intentions. At the moment, he seems to be keeping his options open.

Randy Orton Continues To Tease A Move To AEW 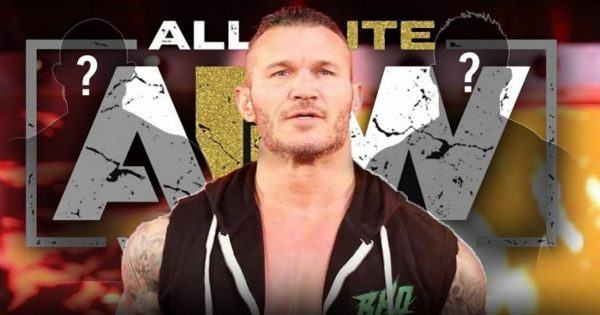 Chris Jericho and Randy Orton are good friends in real life, which could explain Orton’s alleged intentions to join AEW. Jericho left the WWE some time ago after becoming disgruntled with his treatment within the company. Now, it would seem like Randy Orton is heading in the same direction.

A report recently revealed on Fightful.com states that the Viper continues to tease a move to AEW on social media. While some have seen this as Orton being his usual jokey self, others are not as certain.

Recently, Orton tagged himself in a photograph that featured the word elite. While this may not mean so much at first glance, he also tagged several superstars in the post, including Chris Jericho and Cody Rhodes. He also tagged The Revival, Luke Harper and Elias, causing even more speculation about more departures in the nearby future.

Unhappy With The WWE Not Taking His Suggestions

What WILL be. Eventually. https://t.co/Mz5vgccB2k

According to eWrestling, the negotiations between The Viper and the WWE are not going smoothly. In fact, it is believed that Randy Orton wanted to form a faction with The Revival, but Vince McMahon was not up for the idea. To make matters worse, The Revival and The Viper were placed on different brands.

Reporters now believe that there may be an AEW alliance backstage in the WWE, which has been fueled even more by the photograph above posted by Dash Wilder.

The Revival are believed to be under contract with the WWE until 2020, so it could be that Randy Orton moves with The Revival to AEW when he gets the opportunity. The Viper even posted a tweet saying “2020,” which almost makes it too obvious.

A Work or Serious Consideration?

Of course, we will not know what is in Orton’s head until The Revival’s contract expires. It could be a case of these men trying to raise their stock in the WWE to get a better deal during contract negotiations. Nevertheless, Orton has been laying it on thick lately, which makes it more difficult to determine whether it is a work or a serious consideration on his end.

We all know Randy Orton has a tendency not to take things too seriously. He also has a bit of a reputation when it comes down to trolling the WWE Universe. At this point, I’m not taking things too seriously on social media. However, if he were to move to AEW, it would be some of the biggest news in the wrestling world. Orton has been with the WWE for a very long time and it is difficult to imagine him anywhere else.