It's time to kick off WWE's week, and that means our RAW In A Nutshell! This week is all about setting up for the ShowDown on Thursday!

Hopefully everyone’s week is off to a wonderfully good start. This week starts, as every WWE week does, with RAW In A Nutshell. How much fun can this RAW In A Nutshell be? Lots of fun, especially if you are buying in to the Super ShowDown hype. This show is all about setting up the ShowDown. Of course, life isn’t just the Saudi Arabia show. This week’s RAW, and its companion Nutshell, should also cover the impending Elimination Chamber. On this week’s RAW In A Nutshell, we can dive into the women’s contract signing, because those always go off without a hitch! Without any further delays, let’s crack open this Nutshell! 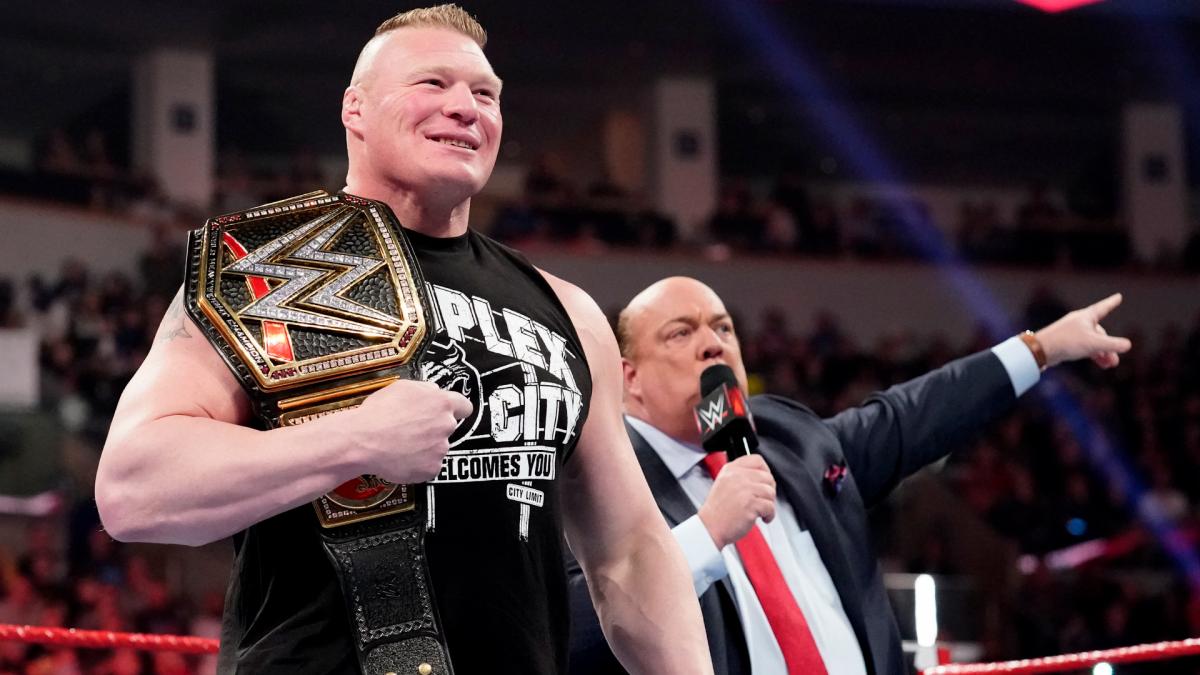 I give you two options.

Angel Garza and Humberto Carillo. That match was just fun to watch, and you can really see why both men are getting exposure on RAW. It’s not just a whim, they are truly deserving. 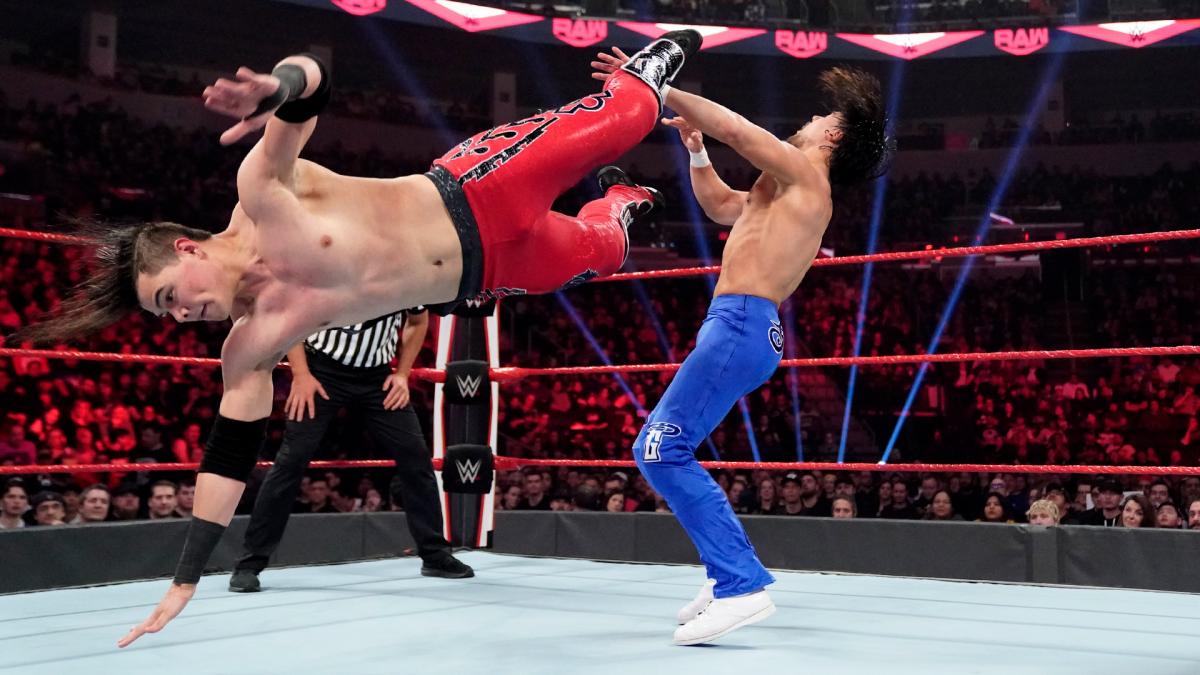 Rollins and Montez Ford would be my second choice. You see Ford (and Dawkins) perform and you wonder why WWE had them just talk backstage for months. The one thing I hate to say is, the Street Profits do feel like a team destined to split, as one or both men may end up having brighter singles careers when it is all said and done. Maybe. 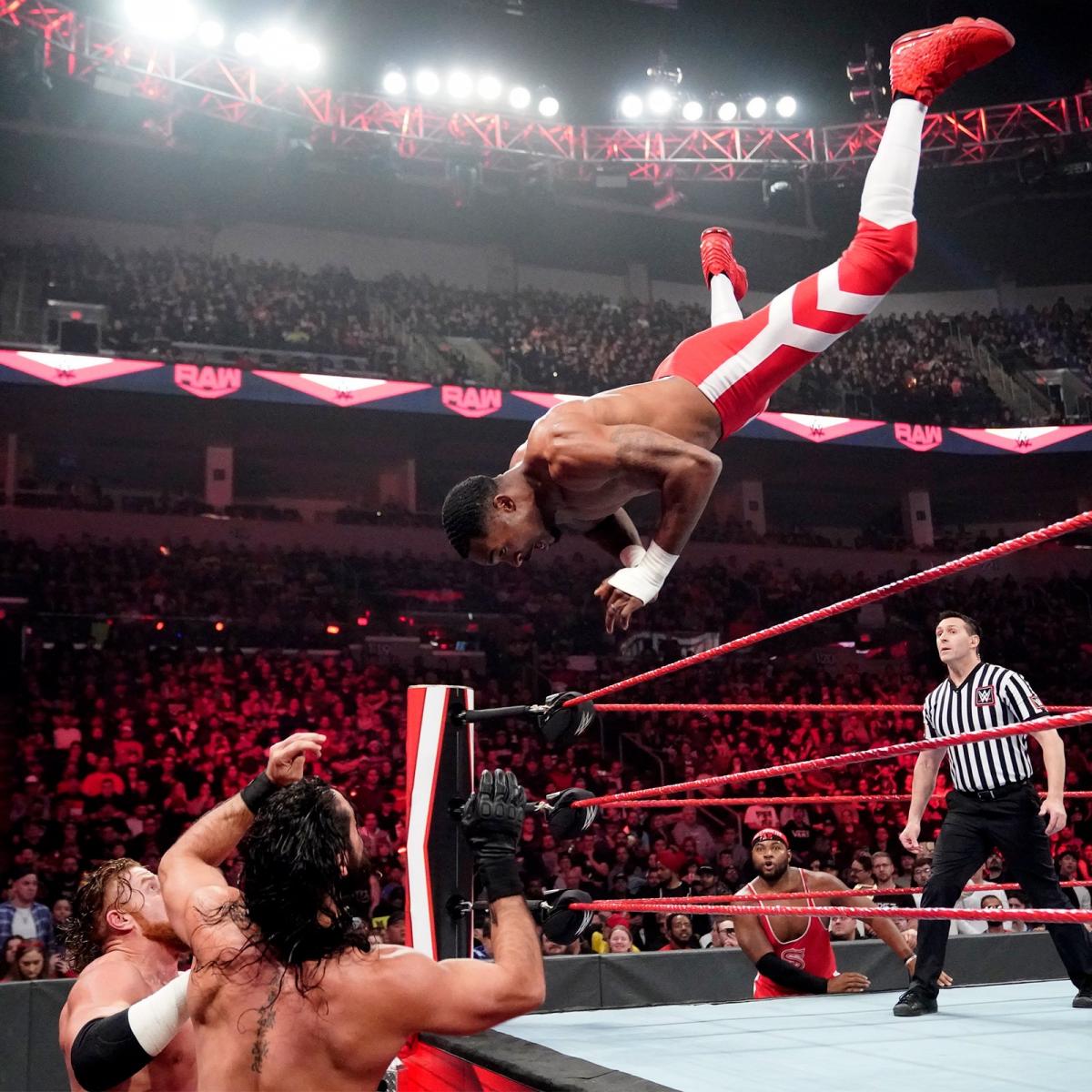 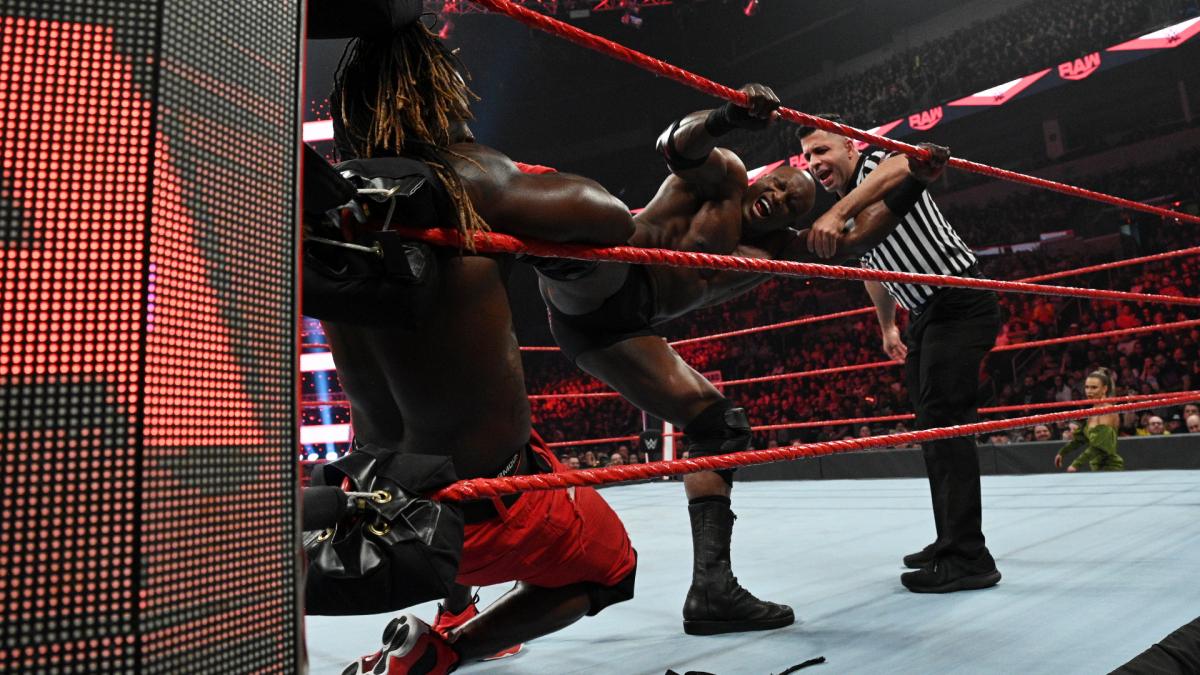 R-Truth and Bobby Lashley. Truth is funny, don’t get me wrong…but he’s otherwise best in the 24-7 mix. Lashley isn’t wowing me, but if he’s working with someone who can carry him to a good match, he can pull off a good match. This wasn’t good, because the two involved just weren’t up to snuff.

Tonight? I don’t know that I have one.

I did like Shayna with the cerebral move to enrage all her fellow Chamber combatants, only to not be involved in the melee. 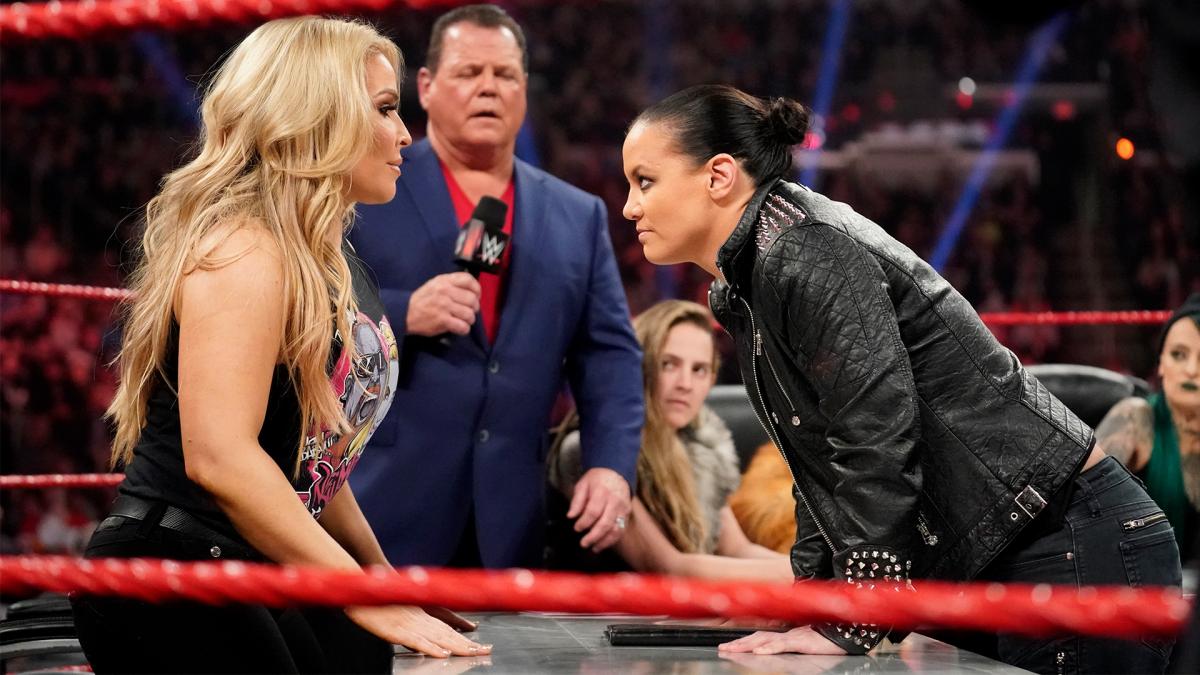 Drew McIntyre had a nice, sit down interview. Building him up in a good way. I said it before, while he played/plays a good heel, I was invested in babyface NXT Drew McIntyre and I think that will play well.

This dive from Liv Morgan was straight out of Real Housewives of New Jersey or something like that. 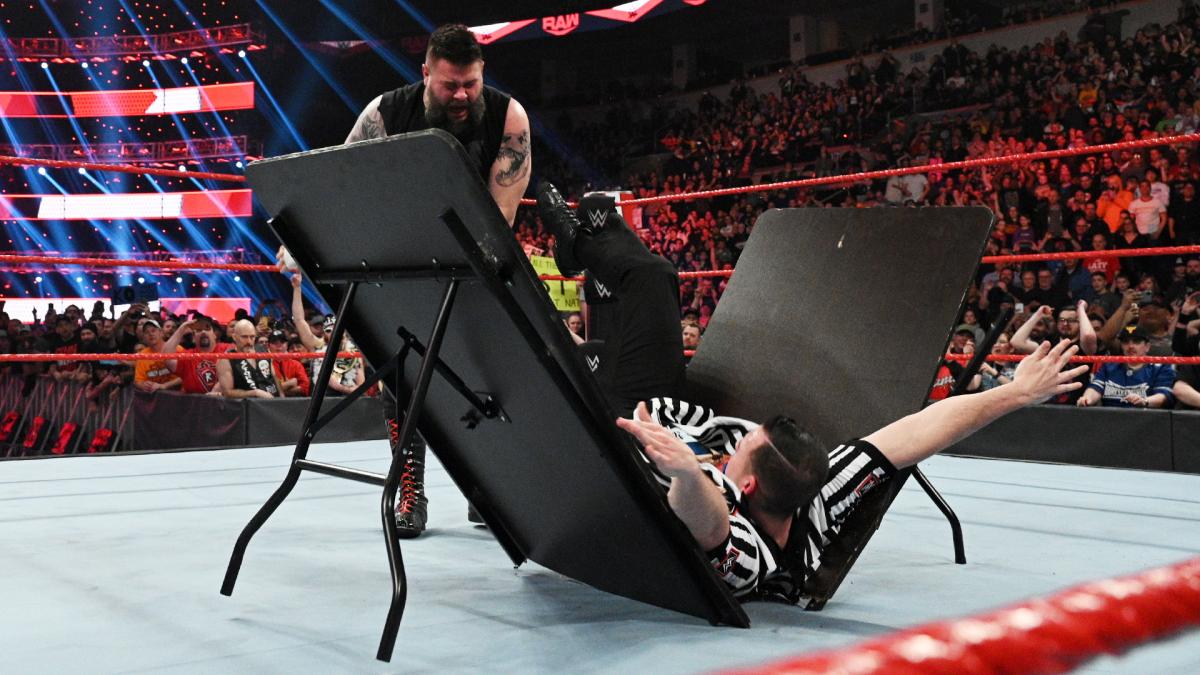 R-Truth perhaps? Or the Rollins-loving ref who gave us a fast count, and in return was put through a table. 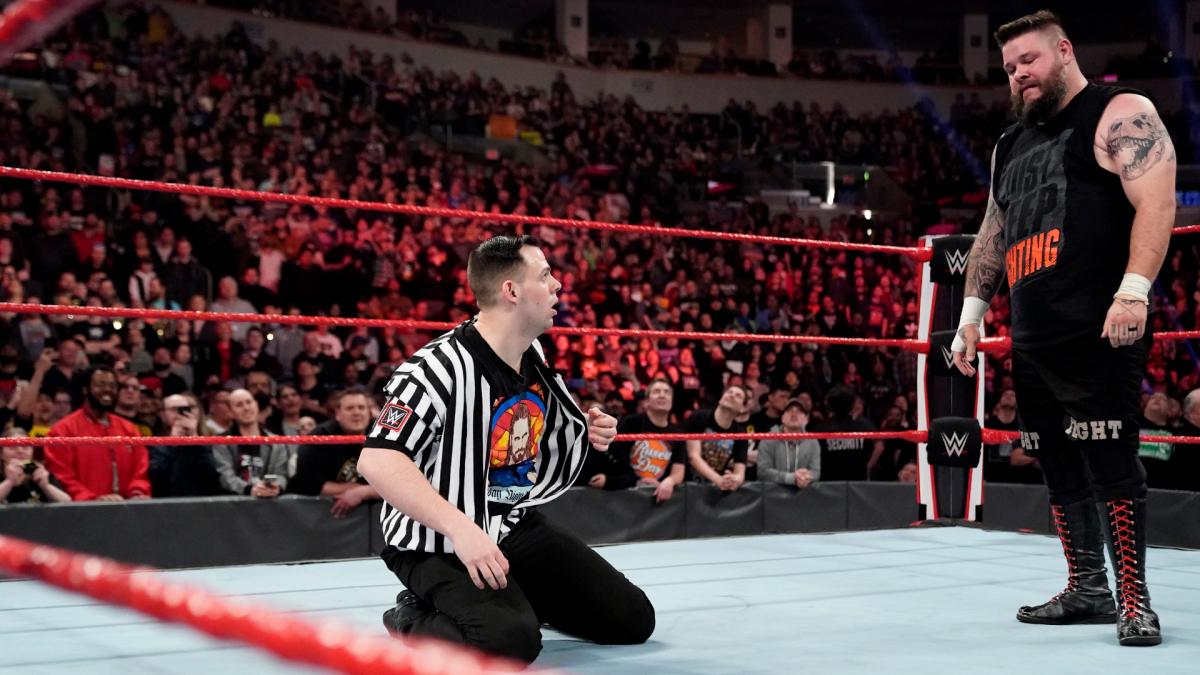 Flip a coin,  I am good with either 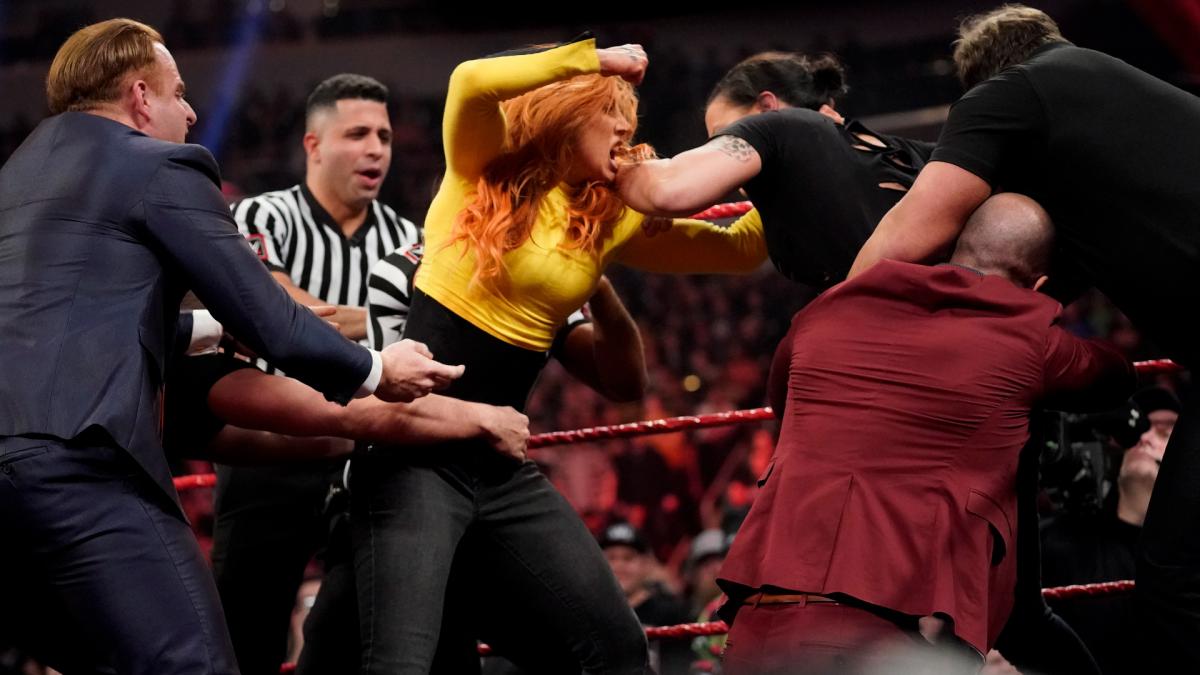 Montez Ford delivered a very passionate promo about the Street Profits upcoming match for the RAW tag titles on Thursday. Except his first time saying it, that wasn’t anything close to what came out.

I can’t fault the guy for the passion….but a botch is a botch.

He did, however, make up for it…

Montez Ford to Murphy: “Last week, Dawkins hit you so hard, you lost your first name”. I mean, I think Buddy has been gone for a couple weeks now…but it was still funny.

Also, how about R-Truth to Lashley, before getting destroyed: “Have you seen the Sonic the Hedgehog movie?”

Shayna and Asuka had a nice stare down.

Shayna and Becky got after it. I’m sorry, but unless WWE pulls a MASSIVE swerve on us, they are so clearly telegraphing this match for ‘Mania. Which means it will probably get swerved, but it shouldn’t.

Interesting with WWE getting a referee in on the Rollins/Messiah bit. Not sure where that one goes.

Will they try to have Orton go over as a disciple? I can’t see that one… 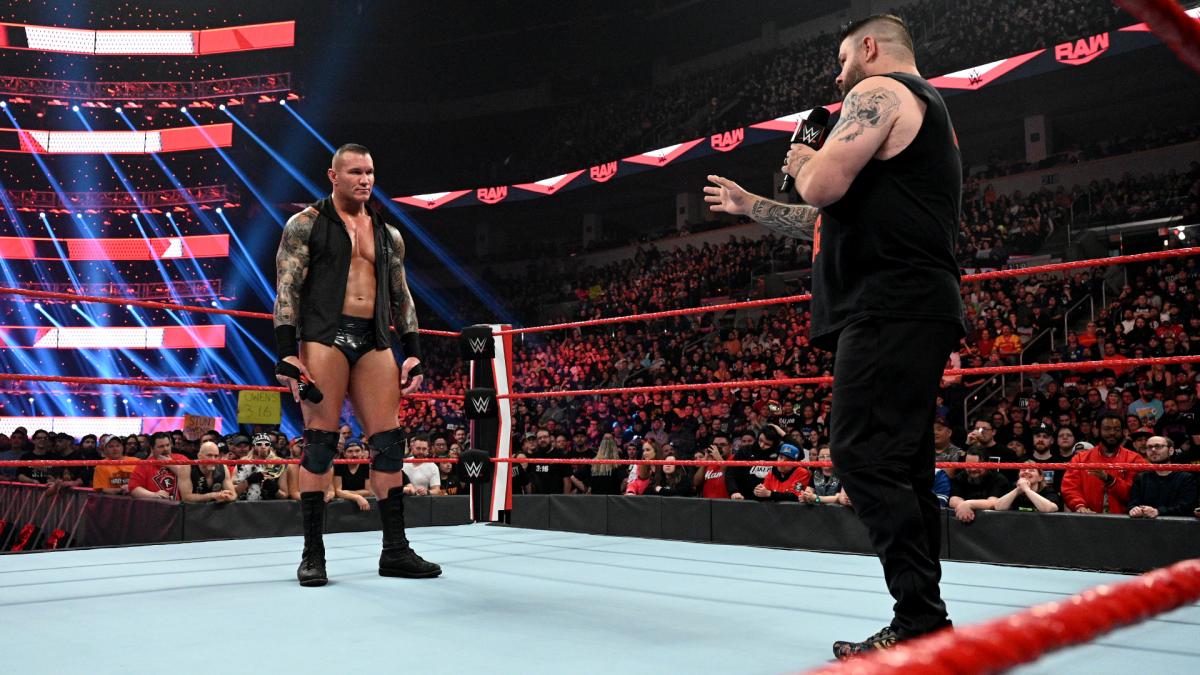 A general comment here, nothing specific…but the show felt a bit all over the place, perhaps scatterbrained? And it didn’t feel like the best go-home show. Like, I was sort of bothered that we had Ricochet on the show, followed pretty much immediately by Brock Lesnar and Paul Heyman…yet no interaction between the two. I mean, they only fight in a few days…

Unless there was an explanation to that, and I just missed it? 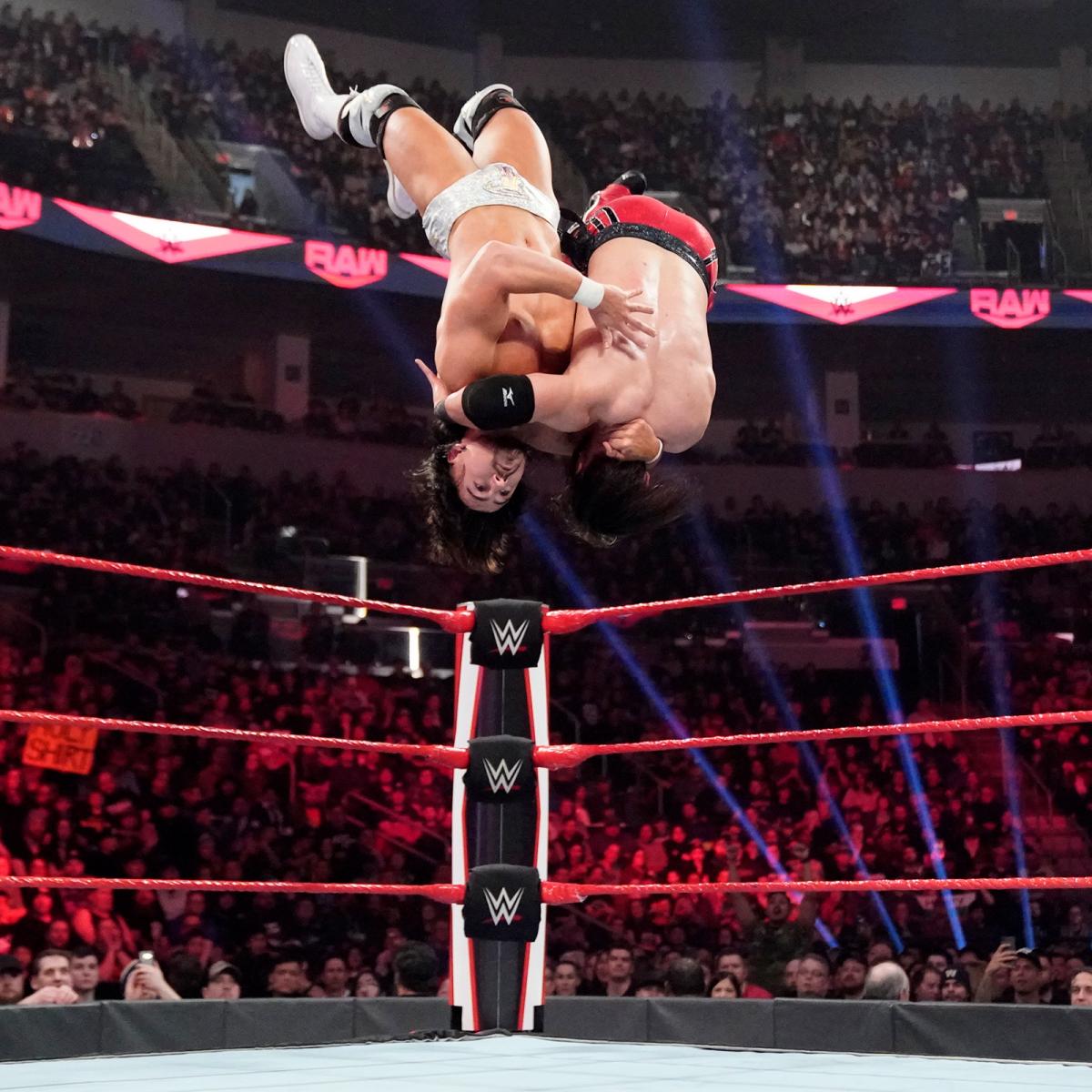 Aleister Black looked good, took a beating, and is gunning for AJ Styles next week. Will be interested to see where that one goes.

Not a terrible show, but it felt way too busy at times. This is, I think, the downside of pushing two shows at once. ShowDown needs hype-it happens Thursday, after all. But Elimination Chamber is rapidly approaching, with WrestleMania not far behind. We had a contract signing for one, some teasers for the other two…just rather see things be a bit more focused, I think.