Triple H has issued an official apology to WWE superstar Paige. The apology came after he made a horrible sex joke about the former Diva's champion.

WWE’s Vice President Triple H found himself in hot water this week. During a media interview, he made a joke about Paige that was not well-received by the wrestling community. Even though we all make inappropriate jokes without thinking sometimes, this one had some backlash for the NXT boss.

Now, Triple H has made a formal apology to Paige.

The Joke In Question (Video 2)

“More importantly than that, though, I would like to see them live long, healthy lives. You know, Edge has kids. Paige, maybe, she probably has some she doesn’t know of.”

While the joke seemed rather innocent at the time, we have to remember that Paige has struggled heavily with her mental health when private photographs and a video were leaked to the media. So, while it is clear Triple H (Paul Levesque) did not mean any harm by making the statement, it did have an effect on the former Diva’s Champion. An unfortunate choice of words on Paul’s part.

Coming To The Defence Of Paul Levesque 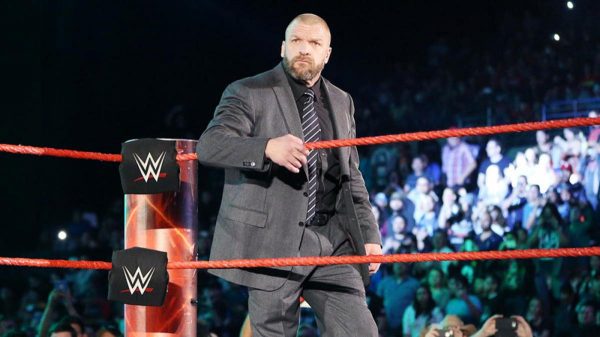 While I totally understand and confirm that the statements made by the NXT boss were inappropriate, I honestly believe that he did not mean to cause Paige any harm or distress. If reports are to be believed, Triple H and the former Diva’s Champion have a good relationship, so there would be no reason for HHH to lash out at this point in time.

We also need to look back a little. When Paige left the WWE to undergo surgery, her former boyfriend Alberto Del Rio would constantly attack Paul Levesque on social media. Del Rio would later throw Paige under the bus and claim that she was the one who instigated the statements. Of course, nobody really believed him and the former Diva’s Champion was welcomed back in the WWE with open arms.

Now, the reason why I am reminding you of this story is to show you how Paul is. He could have retaliated in a million different ways for the comments about his big nose or the comment that he “just married well.” He never did and always remained professional. Paul is a professional and you hardly ever hear anything bad about him. It was just an unfortunate joke that got blown out of proportion.

Paul Levesque Has Apologized To Paige Personally And Publicly

I’ve reached out to @RealPaigeWWE to apologize. I made a terrible joke and I’m sorry if it offended her or anyone else.

Triple H has already contacted Paige in person and apologized for the unfortunate statements. He also put out a tweet to apologize to the WWE Universe.

I was surprised to see how many fans actually agree with me about the joke, mainly that is was blown out of proportion. Even though I live in England and I love Paige – I still wear her hoodie on a weekly basis – I do think it was made out to be more than it was. Here are some of the reactions from fans.

Don’t worry Boss. We know it was just a little joke. We come from a different era. Not this strawberry world we live in today.

Honestly, it wasn't that bad. Some people probably said "real" bad things about her. Plus she knows you and without you she wouldn't be where she is now.
But very nice of you for apologizing anyway. Class Act ! 🙏🙌 pic.twitter.com/X45NcugMjZ

Either way, we can put this story to rest. The situation has been worked out without further fall out. Let’s now to the Royal Rumble and the hope that we might see the Norwich beauty in the women’s line-up!