The WWE production team has messed up big time during the Royal Rumble, and Dolph Ziggler is not happy about it. We can't believe it ourselves!

The WWE production team has been called out by none other than WWE superstar Dolph Ziggler. According to Ziggler – and most of the company’s fanbase – the production team failed to capture one of the most epic moments of the decade.

The emotional return of Edge is a moment we all will remember for the rest of our lives. Unfortunately, the production team did not manage to capture the moment properly. In fact, they failed to catch his first return spear on camera, which saw Dolph Ziggler rolling out of the ring.

Now, it is worth noting that the WWE has edited the footage on YouTube. The first spear was on Dolph Ziggler, but YouTube footage now shows it to be Karl Anderson. You could see Edge running towards Ziggler just before the footage flips to the Anderson spear.

However, lots of people noticed, especially my other half. Since Edge is his favorite superstar of all time, he hates that he missed that moment. 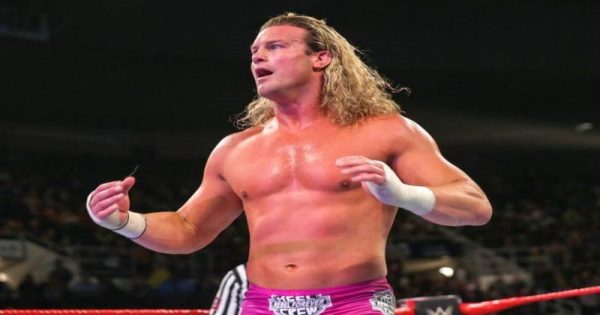 It is no surprise that Dolph Ziggler is disappointed, especially when you consider that Edge’s first spear was not aired during the Royal Rumble. Ziggler would later take to Twitter. He would first air his frustration asking why they cut away from an official in-ring return. He would later post a more understanding message, asking for cell phone footage.

people make mistakes, we all do & I have made tons. That being said; a very special moment was inexplicably missed. anyone got cell phone footage?

Fortunately, the WWE’s use of countless cameras and camera switches actually benefited this case. While the overall production was not on point, one of the cameras managed to capture the moment from a different angle. So, we can see this brilliant moment. However, it is classified as “unseen footage.”

Everyone knows that I have a real dislike of WWE’s constant camera switches. They genuinely can make you feel nauseous during a wrestling match. But in this case, I’m actually happy all those cameras were around.

I am going on a bit here but there were no fewer than 25 camera changes between Edge's music hitting and the first spear. Less than 50% of those contained Edge in the picture. 9 years out. It was a complete shambles.

As you can imagine, Ziggler was not the only one who was upset with the Royal Rumble production team. Fans had some choice reactions as well, many pointing to the fact that the production team made more than just the single mistake when Edge made his way out to the ring.

As someone that has both run camera and directed live events that's all on Kevin Dunn. The Director calls out and then switches to the camera shots. It's extremely frustrating as a camera operator when you have THE shot and the Director flat out misses it.

Of course, there was a also a good amount of helpful fans, journalists, and celebrities. They were more than happy to share their cell phone footage with Ziggler. So, for those of you who missed this special moment on Sunday, here are some additional angles for you to enjoy.

So, despite missing that epic moment on Sunday, we can now enjoy it through the “unseen footage” and some lovely cell phone captures from the WWE Universe. I would like to point out though, the quality on those cell phones is pretty amazing!

As for whose responsible, I don’t really know because I know very little about production. Nevertheless, no real harm was done since we do have the footage of that Royal Rumble moment now.