SmackDown In A Nutshell: Blue Brand Rumblin’ Along

It's time for another SmackDown In A Nutshell. The Rumble is rapidly approaching, John Morrison is back and so are The Usos.

It’s the weekend, and for WWE that means one thing. It’s time for another SmackDown, which of course means another SmackDown in a Nutshell! So what’s coming at us this week on SmackDown? Well, the blue brand is Rumblin‘ along-as in the Royal Rumble, of course. We have but a few weeks between now and the first big show of 2020. Will any new SmackDown names be added to the Rumble? Will we get any new matches added to the card at all? We will also get the latest chapter in the Bryan versus Fiend festivities. That’s about it in a Nutshell, right? Maybe, maybe not. It is SmackDown, after all. So let us not delay any further. Let’s crack open this SmackDown In A Nutshell!

I just can’t decide. Mostly because nothing stood out, but also because we really didn’t have a lot to choose from. Perhaps a segment instead? I think for this SmackDown In A Nutshell, I shall allow it… 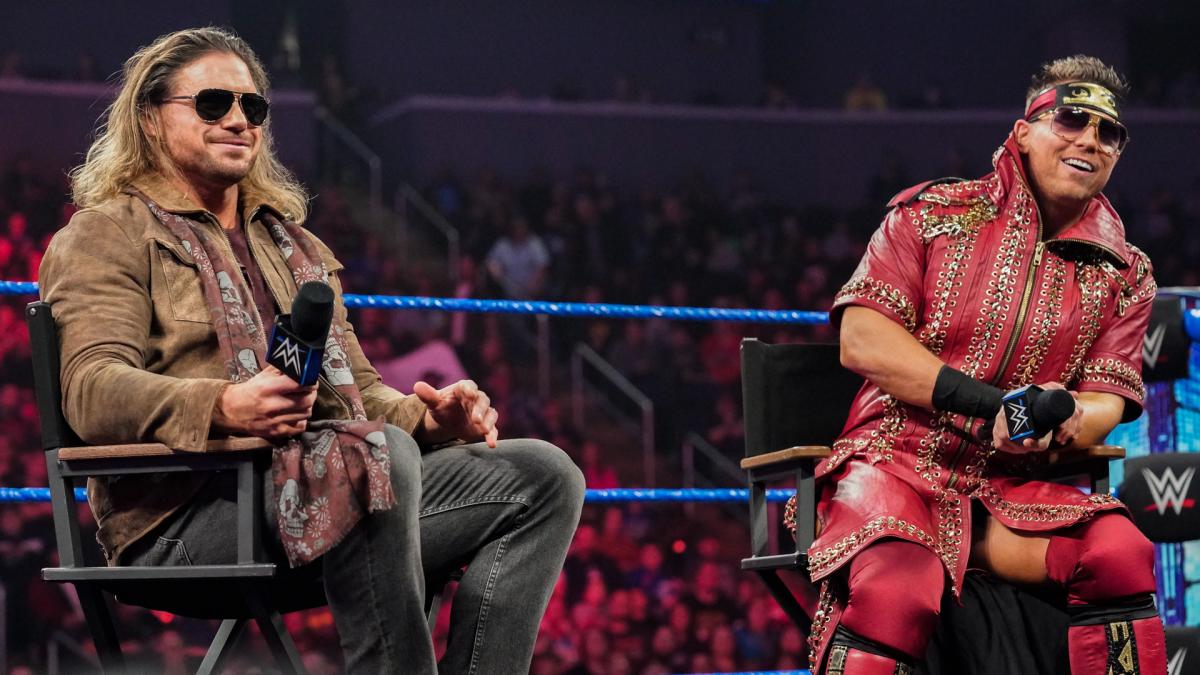 On the flip side, not having a lot to choose from also means…not many options for worst of the night, either.

If anything, I would say tonight was pretty much average and even.

Well, this is a tough one. I feel like splitting this one up and sharing it. 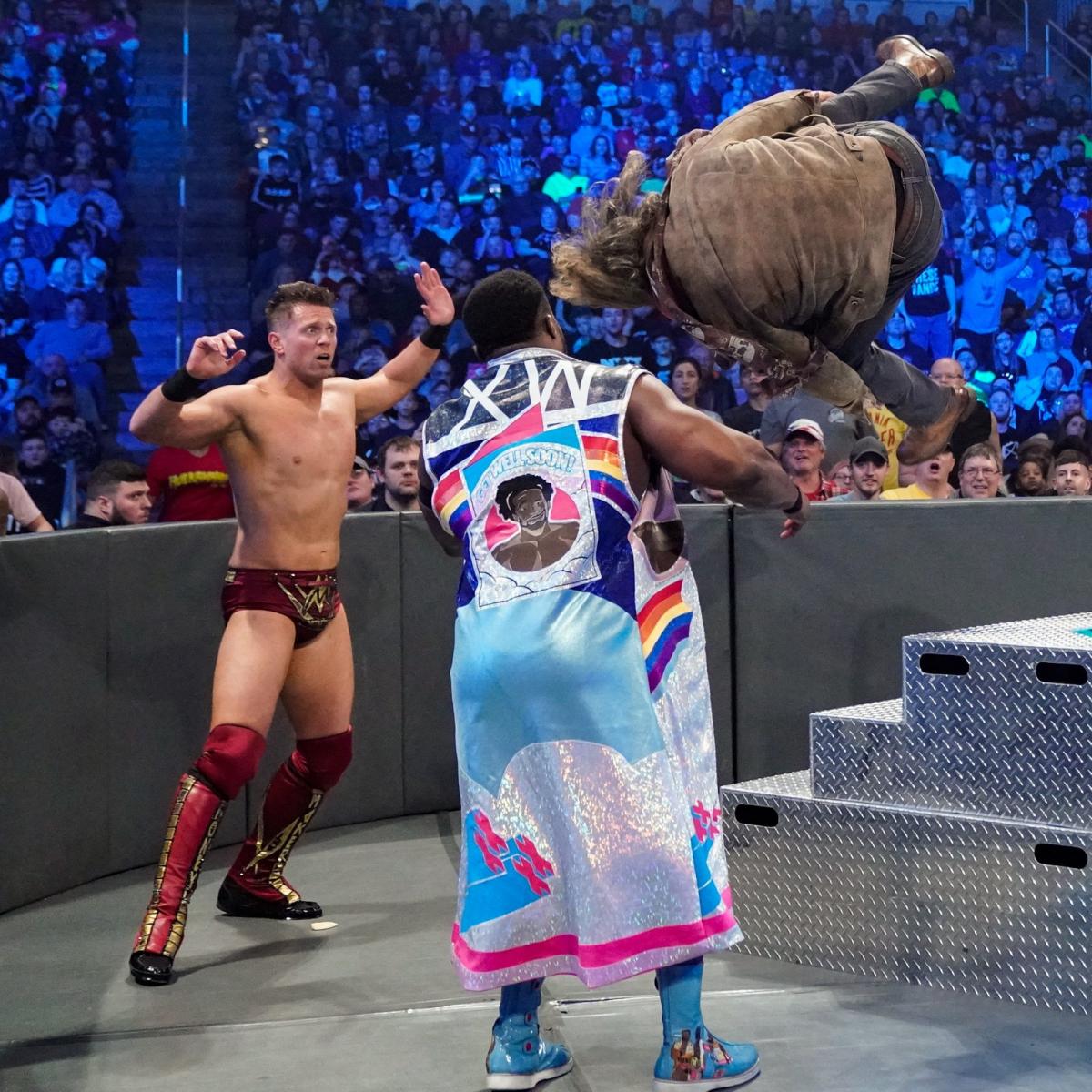 To John Morrison, who only officially returned last week. He got mixed in quickly tonight, and will be in for a bigger spot next week.

The Usos for making their in ring return in the main event. 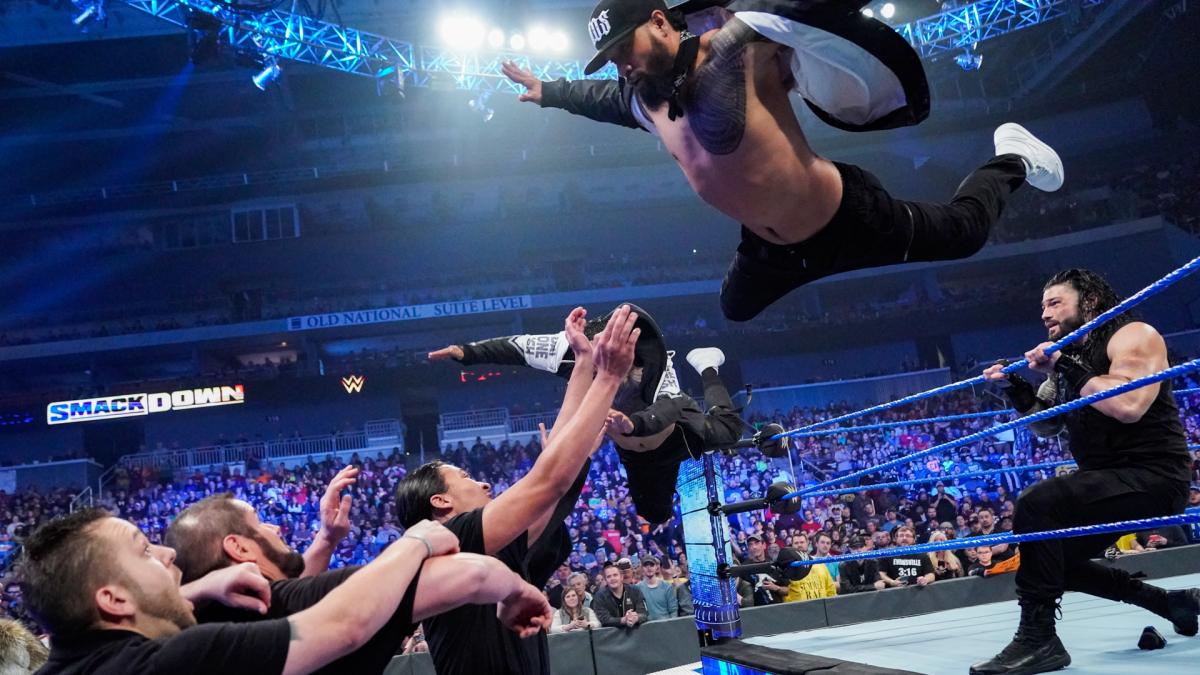 And since we are on the returns topic, a nod to Robert Roode, returning after his Wellness bust.

I quite enjoy seeing John Morrison back in action. 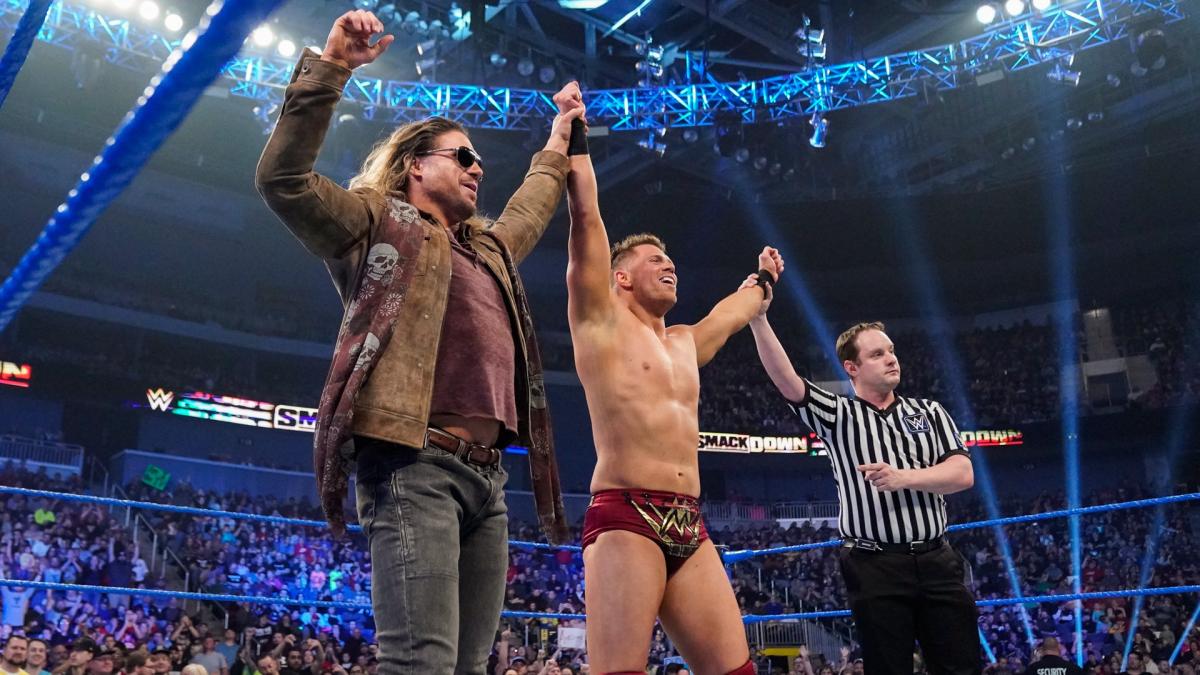 Well, I certainly didn’t expect Ramblin’ Rabbit to apparently be the one possibly slipping Daniel Bryan some hints and weaknesses. Color me intrigued by how this one goes. 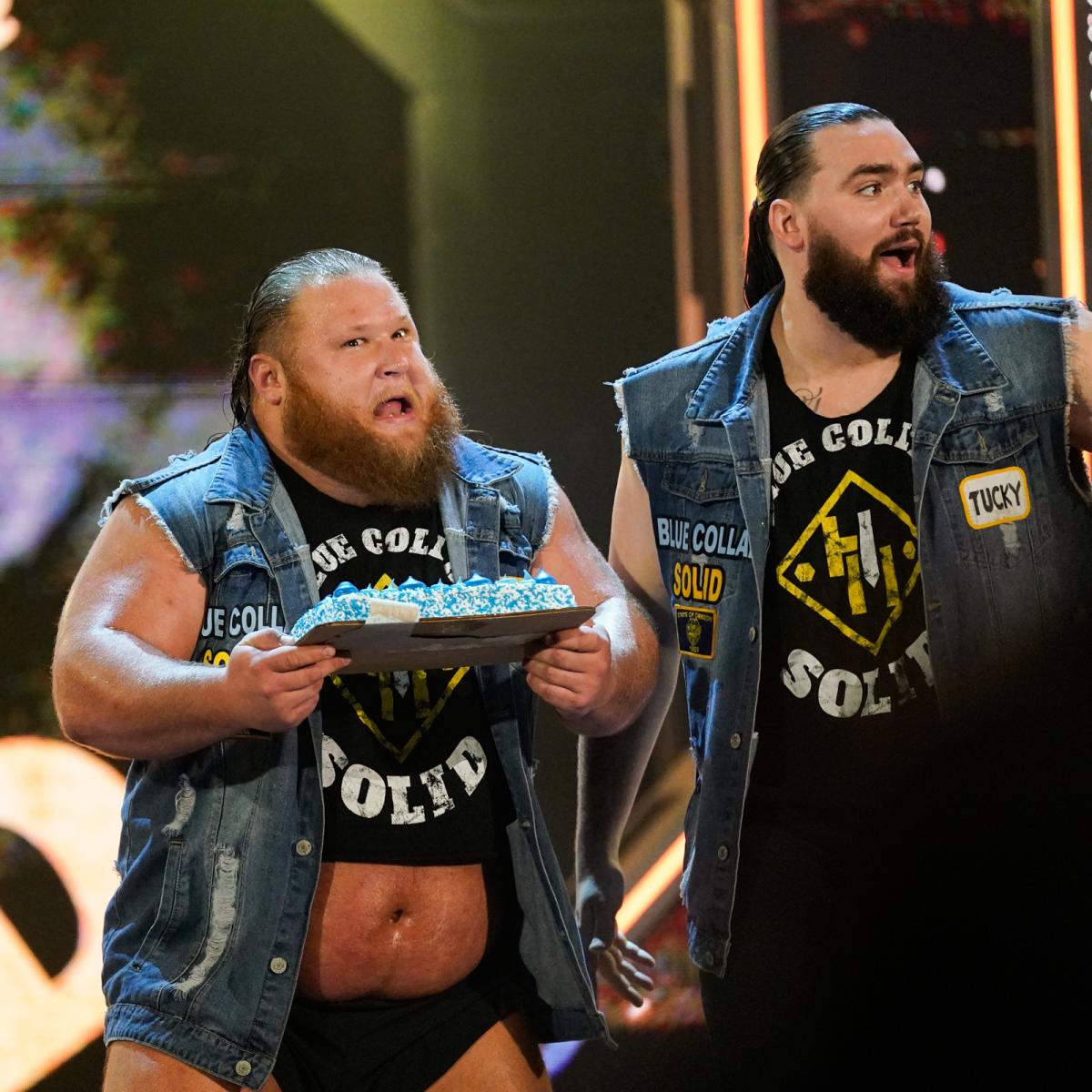 It’s hard to not enjoy Otis and Mandy and whatever you’d call it between them. It’s just really entertaining.

The little bulldozer for @otiswwe is a lovely touch. Good job, @WWE_MandyRose! pic.twitter.com/7nuhRZ64D8

Miz and Morrison reunited. We kinda expected that, but it was officially confirmed basically.

Morrison returns to action next week against Big E.

Robert Roode returned, and in the process he ensured that Ziggler and Corbin would get the last word in.

Also, Reigns we already knew would be in the Rumble. He is also going to face Baron Corbin ahead of the match.

Jobbers of the Night: 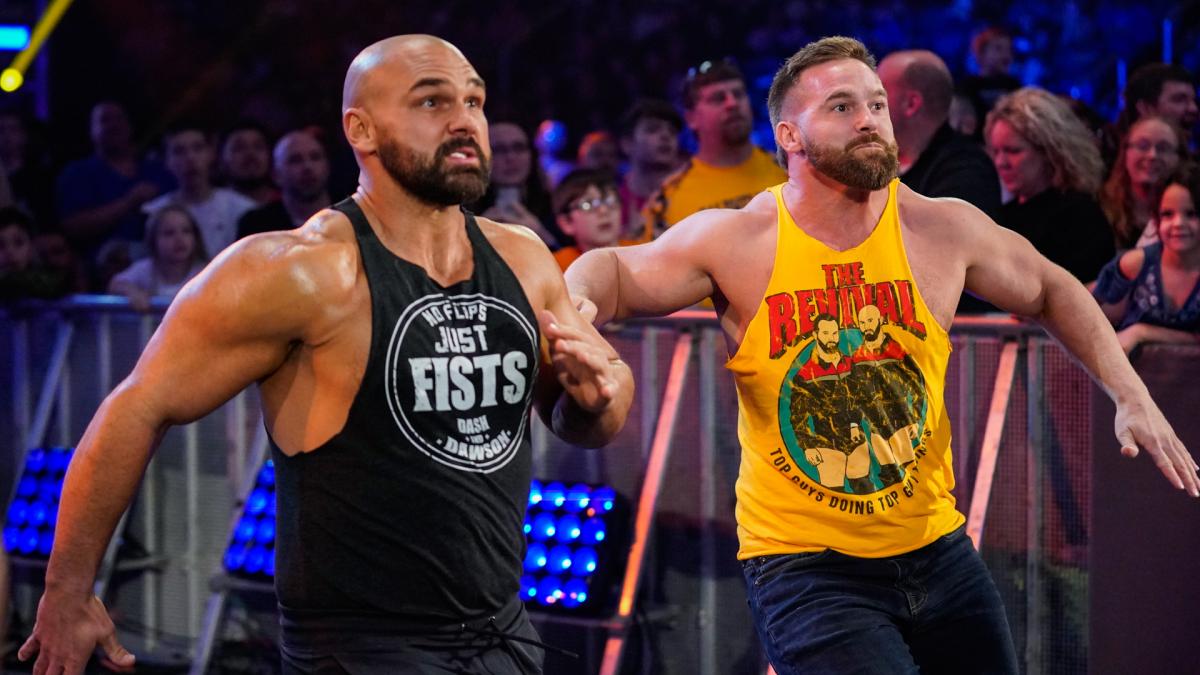 Maybe a reach, maybe not…but I am not the only one wondering what is going on with WWE and The Revival…

Week on week I can’t tell if wwe are trying to bury the revival or build them up? Last week they beat up shorty g and this week they randomly get beaten up by Roman? What’s da point?#SmackDownOnFox #SmackDown

I think my big complaint would have been how average the show mostly felt. Sure, some nice moments, but outside of those, it was a low key and kind of boring two hours.

Morrison is back, and with he and Miz aligned, the blue brand tag division just got even better.

The Fiend and Daniel Bryan give us good segments, that is for sure. 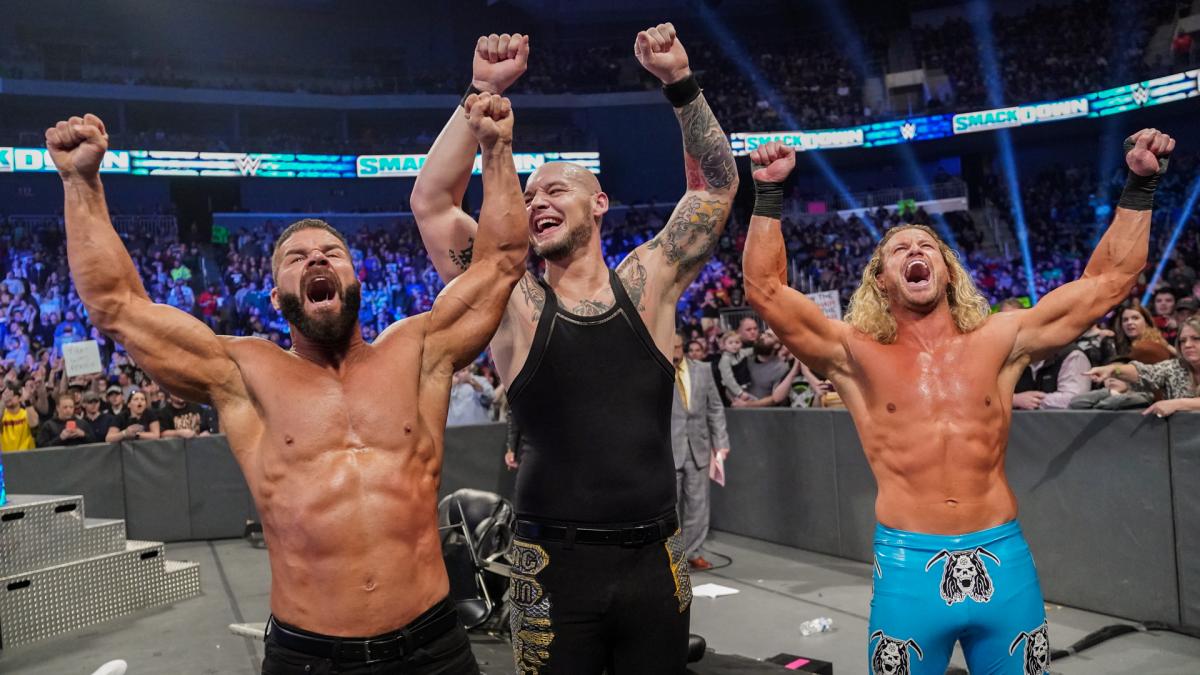 Roode had himself a nice return too…

Not a great show, just a show, Lots of moving pieces but the blue brand part of the Rumble card is slowly coming into focus.

Most folks seemed to like the show, too, which is a plus…

Obviously it wasnt going to live up to the mammoth of last week.

Some bad segments, more good than bad though.