WWE fans love a good love story, so details about the love between Becky Lynch and Seth Rollins are always good. Seth has now provided us with details.

Here at Ringside Intel, we love a good love story. One of the WWE’s new couples this year is none other than Seth Rollins and Becky Lynch, who’ve also become engaged. While speaking with WWE 365 documentary, Rollins reveals when he kissed Becky Lynch for the first time. 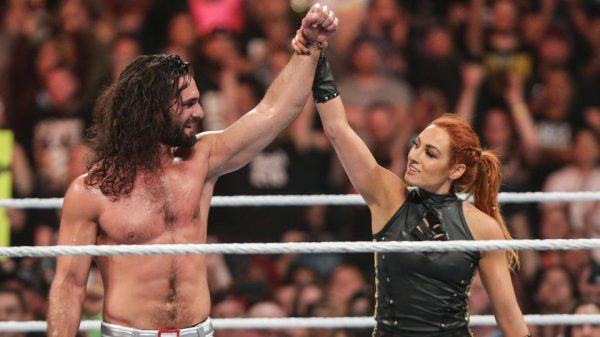 Seth Rollins reveals that he and Becky Lynch had their first kiss during Royal Rumble weekend.

“The first time we kissed was Royal Rumble weekend. That was interesting, because I’ve known her for such a long time, never really thought about the other one in that way. So even when we started hanging out as more than just friends, it felt really nice, but was also like, ‘ah, maybe we shouldn’t do this.'”

Fortunately, the romance held for Becky and Seth. The pair got engaged this year and seem stronger than ever. We do love a good love story with a happy ending.

Other Couples We Absolutely Adore! 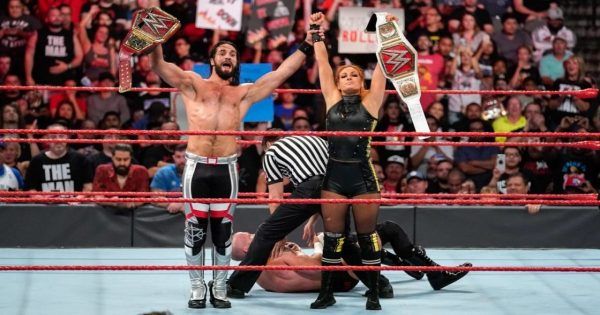 Becky and Seth are not the only couple in the WWE. There are some other couples that we absolutely adore. Some are new, while others have been together for a long time. Here are some of our personal favorites.

The Miz and Maryse 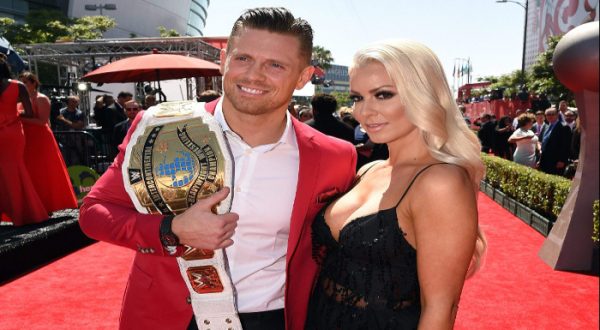 If I would have to choose a favorite couple, it would have to be Miz and Maryse. Surprisingly, this has little to do with their reality series, even though it did allow us to get to know them even better. No, Miz and Maryse have been a couple for years and are just plain adorable.

Despite the fact they always look flawless, there are many things to love about Miz and Maryse. They are genuine, down to earth people, even though they enjoy some of the finer things in life. Evidently, this is why we love The Miz and Maryse.

Even though they do not receive as much exposure as The Miz and Maryse or Becky Lynch and Seth Rollins, Johnny and Candice are certainly on our favorite list. Both Candice and Johnny are extremely likeable and they share a passion for wrestling that is difficult to miss. Of course, you can’t overlook their sweet posts on Instagram either! So, they are in the running for couple of the year.

“Oh I’ve got plenty to be thankful for.” 💛🧡🍁🍂 Happy Thanksgiving! #tbt

That sexy feeling when he grips your hand!🕴🏼💃🏼 @andradealmas

When Charlotte Flair started dating Andrade Cien Almas, a lot of people were critical about Andrade’s intentions. After all, he was just coming from NXT and dating one of the greatest female wrestlers of all time. Some people doubted their romance, believing that Cien Almas was using Charlotte to get ahead.

Those who were a little more familiar with Cien Almas already knew that he is not that kind of guy. I’m glad to see that the couple proved everybody wrong this year. There were even some rumors about an engagement. Still, no matter what the truth is about their current relationship status, nobody can deny they look so cute together.