WWE is looking towards WrestleMania 36 & they have two possibilities for Becky Lynch's opponent. Also, the Royal Rumble could see a major changes this year. 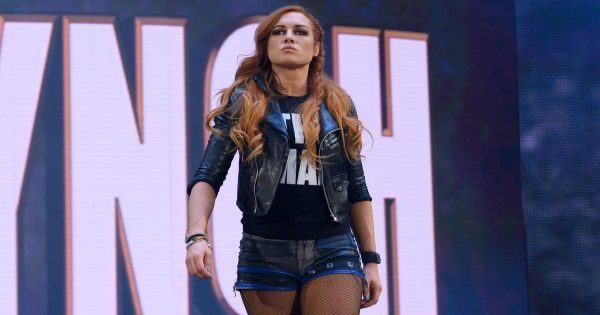 At WrestleMania 36, WWE made history has women were in the main event. Becky Lynch ended up defeating Ronda Rousey and Charlotte Flair to win the RAW and SmackDown Women’s Championships.

About eight months later and Lynch still holds gold on the RAW brand. At this rate, there is decent chance that she will enter WrestleMania 36 as the champion.

As for opponents at the grand show, there are currently two leading candidates. Ronda Rousey and Shayna Baszler are currently being discussed according to Wrestling News.

Having Rousey or Baszler win the Royal Rumble Match is an easy way to jumpstart the program. As of now, many betting sites also have the former MMA fighters as leading candidates to win the big match next month.

Also, Rousey and Baszler already have a past with Lynch. At last year’s WrestleMania, Lynch handed Rousey her first pinfall loss. Since then, we have not seen Rousey on WWE TV, but rumors have been going up in recent months that she will return.

If Rousey does not return to WWE, then Baszler would be the next option. At Survivor Series, Baszler won a triple threat in a main event that also featured Bayley. Lynch attacked Baszler after the match and WWE has not followed-up with that angle.

This could also mean that Baszler drops the NXT Women’s Championship before WrestleMania 36. Rhea Ripley has received a major push the past two months in NXT and seems on track to being champion.

Whatever WWE decides, the title picture for WrestleMania 36 should be clear come the Royal Rumble. 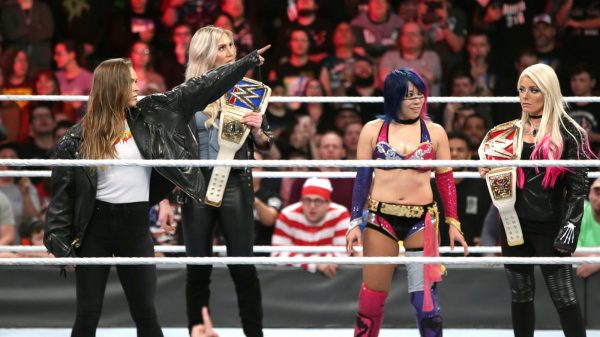 Speaking of the Royal Rumble Match, WWE might be slightly changing the format for the upcoming event. The idea is for the NXT brand to get more attention than in the past.

On Wrestling Observer Live, Bryan Alvarez suggested a change to both the men and women’s matches. The match will still have 30 entrants but RAW, SmackDown and NXT will each have 10 superstars representing their brand.

With the World Collide event returning the night before the Royal Rumble, WWE will have talent from all their brands present. This includes NXT UK, where several of the entrants for the Royal Rumble could come from.

Last year, fans saw NXT superstars appear during the men and women’s Royal Rumble Matches. The men’s side has plenty of names, but there are not as many female wrestlers on WWE’s roster. So, WWE needed to bring in talent from NXT to fill the 30 spots or have names from the past appear.

Ever since All Elite Wrestling (AEW) was founded, WWE has been trying to counter their product. When we learned AEW would air on Wednesday nights, NXT switched from the WWE Network to the USA Network. Both shows have been battling over ratings, with AEW getting the better most of the time.

The Royal Rumble is January 26 and comes form the Minute Maid Park in Houston, Texas. It is considered where the Road to WrestleMania begins.