The former WWE champion shocked viewers when he made an appearance for the first time in almost six years on WWE television. 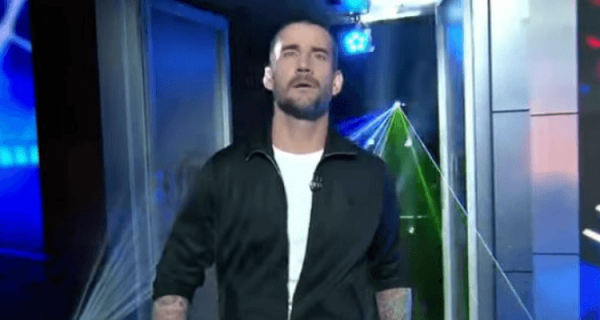 Former WWE champion CM Punk appeared in the closing minute of the show, offering up a simple statement while joining the cast on FOX Sports 1.

“It’s as simple as this,” he said, staring into the camera. “Just when they think they’ve got the answers, I change the culture. I’ll see you here next week.”

WWE Backstage airs weekly on FS1 each Tuesday night at 11 p.m. ET. Punk is expected to make periodic appearances on the show, but that does not mean he has signed a new contract with the WWE.

And we can go live now to the WWE fans’ reaction to CM Punk’s return… pic.twitter.com/my6mb1XJ0B

Instead, multiple reports have stated that Punk has a deal with FOX Sports to appear on programming. According to PW Insider, Punk’s deal could change if he wanted it to, opening the door to a return to in-ring action.

After leaving the WWE, Punk turned to mixed martial arts, joining the UFC.

He has also been working on comic books for Marvel, appeared in the film “Girl on the Third Floor,” and served as an MMA announcer.

Punk’s WWE career was highlighted by a 434-day run as the WWE champion.

The return of Punk caught the attention of several WWE superstars, including current Universal champion Bray Wyatt. “The Fiend” acknowledged some past meetings with Punk inside the WWE ring.

The 41-year-old Punk had one of is final feuds in the WWE with The Wyatt Family, forming an alliance with Daniel Bryan.

Seth Rollins is also interested in Punk, looking to have a face-to-face in the near future.

Glad to do it. Book me a flight. https://t.co/EVzGaRfoQl

Punk’s final WWE appearance was in 2014 at the Royal Rumble when he was eliminated by Kane. He was scheduled to appear at both Raw and SmackDown following Royal Rumble, but he declined and eventually left the promotion entirely.

Both of Punk’s UFC fights resulted in defeats, falling to Mickey Gall and Mike Jackson. He joined Cage Fury Fighting Championship as a commentator in 2018.