It's the first night for SmackDown on Fox. The blue brand is doing debuts right, as we are set to get Lesnar versus Kingston!

Well folks, it is finally here. Tonight is the debut of SmackDown on Fox. The blue brand has a new home, and with it will come numerous changes-not just the night and channel. We’ve been promised a new set, new graphics and music to show off the change. Along with the cosmetic changes, tonight’s big night gives us a few big matches-most notably, Shane McMahon and Kevin Owens in a ladder match to determine who keeps his job; if that isn’t a big enough match, we have Brock Lesnar challenging Kofi Kingston for the WWE Championship. So…new night, new home, new champ? Let’s crack open this Nutshell to find out! 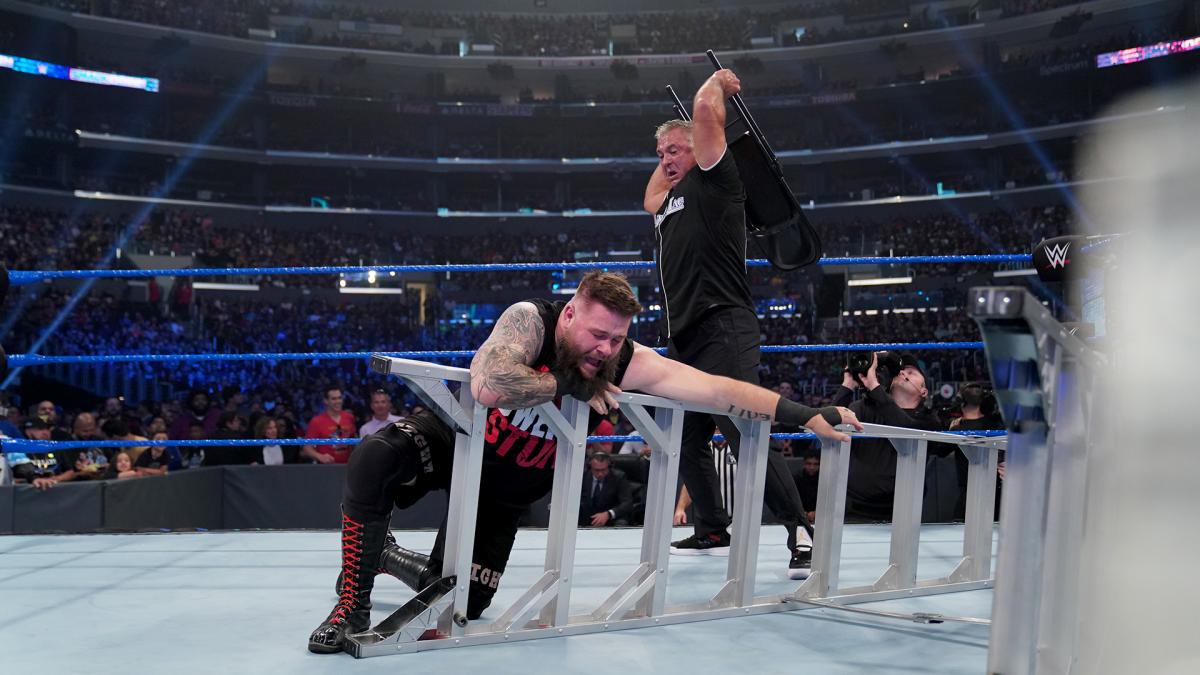 I will take Kevin Owens and Shane McMahon for the win here.

Worst Match of the Night: 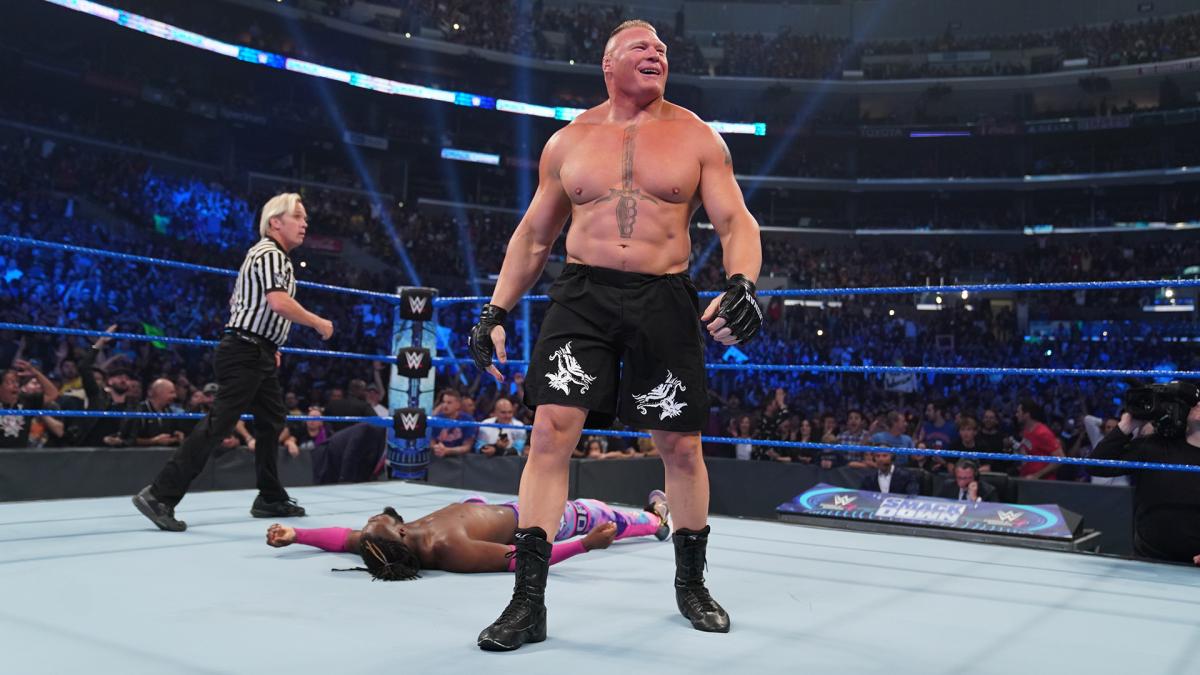 WWE Championship match. The pay-off for the match was, of course, the surprise debut of Cain Velasquez

Take your pick, there were a few options. 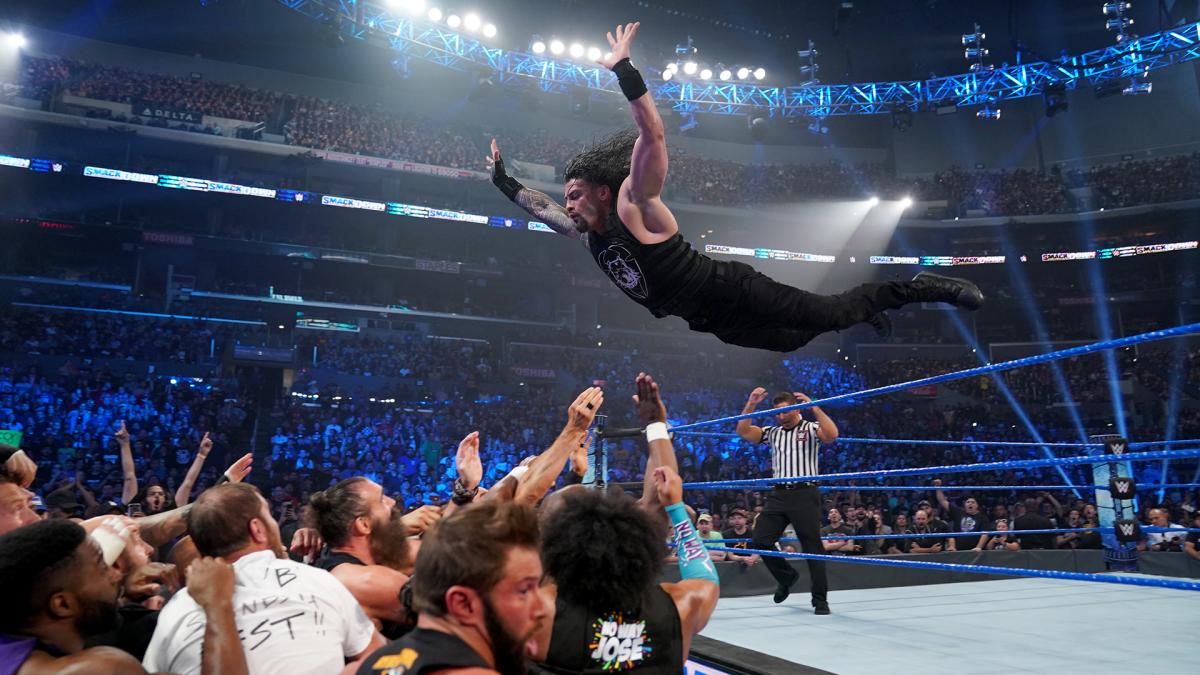 Hard not to marvel at Reigns and his over the top rope leap on the majority of the lumberjacks, though the ladder match provided some good spots too. 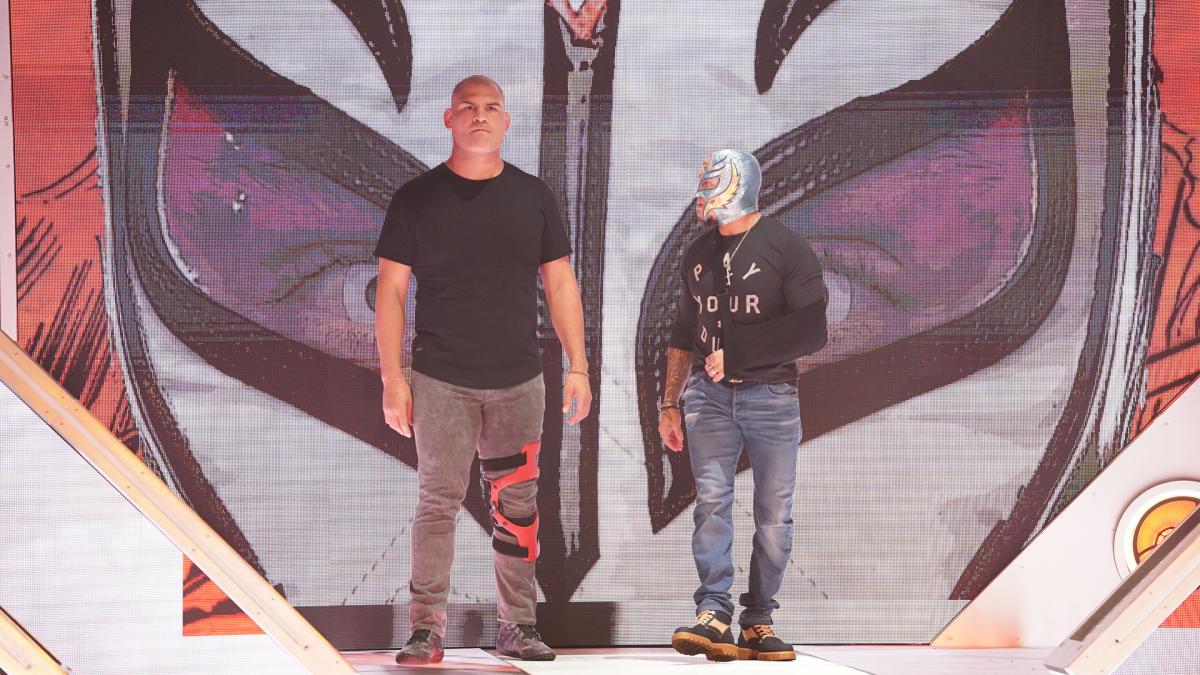 We’ve had plenty of rumors leading up to this night, that we might eventually see Cain Velasquez in WWE. Some were suggesting that the Lesnar beating of Rey Mysterio and Domenick on RAW was a prelude to a Cain debut…but nothing else was concrete.

Friday night, things certainly snapped into focus at the end of the first show on Fox.

Lesnar, after a way too short squash, looked like he saw a ghost. Specifically, the ghost of UFC title losses past. 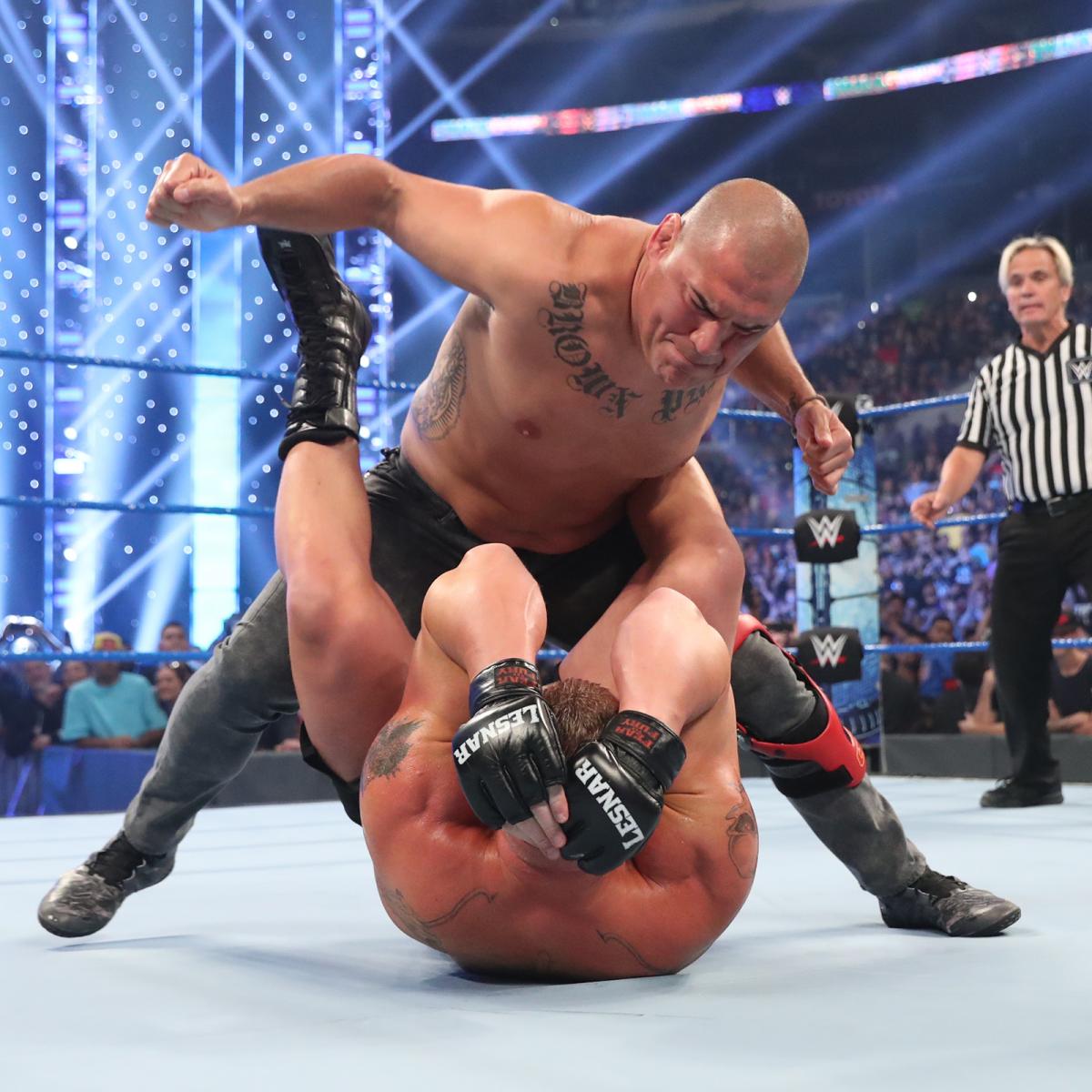 Rey Mysterio wore a shirt that said “pay your dues”.

As he walked next to a guy who is a pro wrestling nephyte.

The Rock came back.

Rock and Becky ensured the opening was decidedly much more like the Attitude Era.

Could we be seeing Braun Strowman battling Tyson Fury? 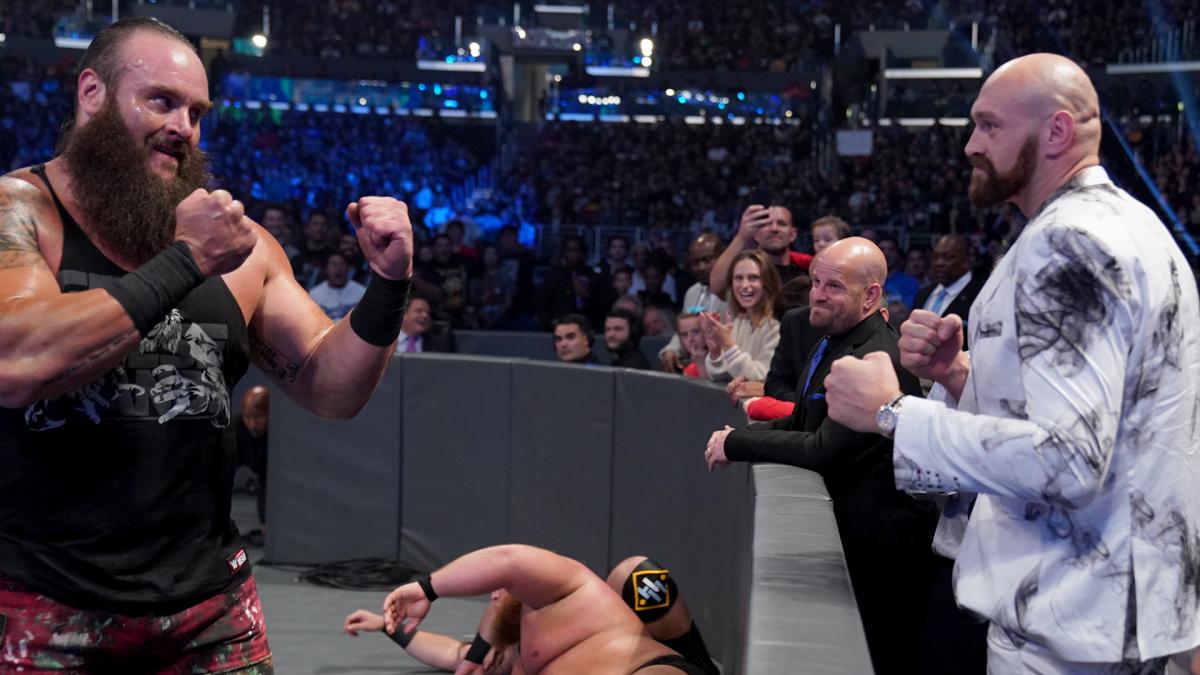 We have a new WWE Champion

And that champion has a new threat.

Well, the show was good…but how many people tuned in wanting to see Steve Austin or The Undertaker…only to not see them on SmackDown?

The Rock killed it. The opening segment was great fun.

The big matches were mostly as promised.

Not a bad debut on Fox, though I would understand if folks felt a bit deceived in some senses-no Austin, no Undertaker etc, on the main card. The appearances were either during the pre-show, in the audience, or during the main show via taped scenes as they arrived.

Production seemed good, the crowd was hot and I’d say it’s generally off to a good start.

It will be very interesting to see how the draft shakes out, beginning next Friday.