Ronda has been in a lot of harrowing situations but this one was very close to being life-changing.

Ronda Rousey has found herself in some dangerous situations in the past. After all, she’s dabbled in judo, mixed martial arts, and wrestling entertainment. Still, she would not encounter any dangerous injuries until a job on a TV show recently, which almost saw her lose a finger. 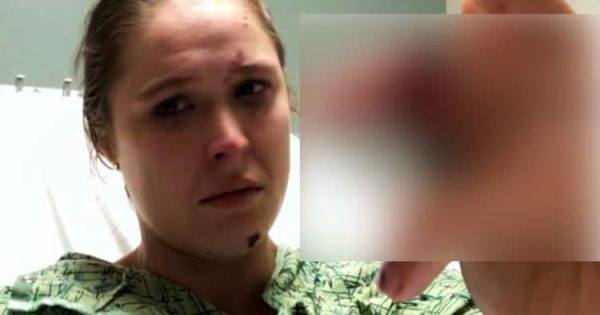 Ironically, the accident happened during a taping of a Fox television show called “9-1-1”. During the taping, she had an unfortunate encounter with a boat door, which nearly severed her finger. In true Ronda style, it took a little while for Ronda to admit that her injury was serious.

“Freak accident, first take of the day a boat door fell on my hand. I thought I just jammed my fingers so I finished the take before looking (I know it sounds crazy, but I’m used to live audiences and never showing pain unless I’m supposed to).” – Ronda Rousey

Shortly after the take ended, Ronda was rushed to the hospital in an ambulance. Upon arrival at the hospital, surgeons had to reattach the bone and tendons together with a plate and some screws.

Once again, in true Ronda Style, she would return to tape the rest of the episode the very next day. After three days, she already had more than 50% of her motion back. 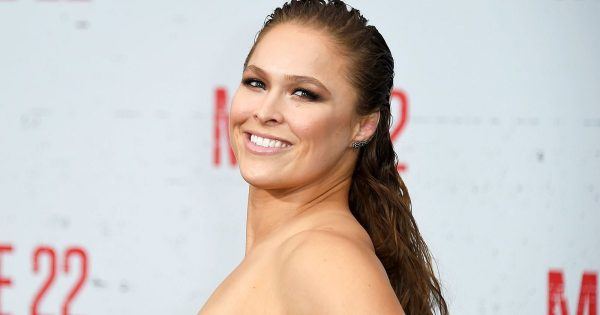 While some might argue that Ronda received so much attention because of being an MMA superstar, I beg to differ. She could have come in and rested on her fame laurels, but she didn’t do that. She proved to be an amazing competitor with a passion for the business. Evidently, she could count on the appreciation of many WWE fans.

The rumors about Ronda’s return have been quite persistent. Even though she stated she wanted to start a family with her husband, she did admit she is missing the wrestling business.

If Ronda were to return sometime soon, I do not expect her to stay for a long period of time. After all, there is only so much time to have a baby and start a family. Still, even if Ronda Rousey only stays for a short period, I will be very excited to watch it all.

Going back to the unfortunate accident Ronda suffered recently, we, at Ringside Intel, wish Ronda a speedy recovery. We also hope to see her in the wrestling ring again soon, as the women’s division is no longer the same without her.