Even though Ronda Rousey left the WWE to start a family, it would seem Ronda is not done with wrestling. In fact, her return could be imminent!

It is no secret that the women’s division has suffered since Ronda Rousey left after her loss at WrestleMania 35. Ronda did a lot for the women’s division, including getting that valuable main event spot at WrestleMania. While nobody expected Ronda to come back anytime soon – mainly because she wanted to start a family with her other half – it seems Ronda Rousey may be returning sooner than anticipated. Here’s the story! 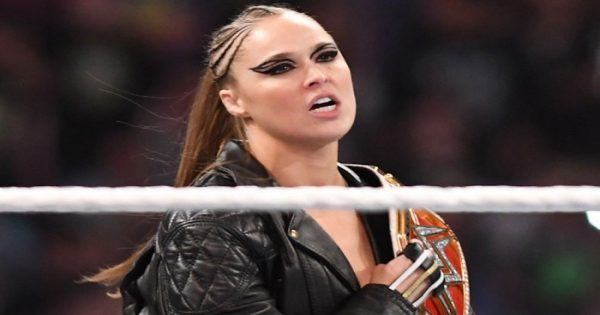 Ronda Rousey misses wrestling. This much was clear from the YouTube video she posted. But does she miss it enough to return to the WWE? According to Brad Shepard, the answer to that question is yes. Wrestling reporter Brad Shepard claims that Ronda’s return is imminent. After speaking with one of his inside sources, Ronda could be appearing on our wrestling television screens shortly.

“I asked a source in #WWE about Ronda Rousey potentially returning to the company. I was told very soon, and “imminent” is probably an appropriate word for it.”

Of course, all rumors should be taken with a grain of salt. Nevertheless, this is certainly an exciting one. Women’s wrestling has been put on the backburner since Ronda left, so her return could do some wonders for the ailing women’s division.

Do not get me wrong. The women’s division has a lot of talent that could shine brightly. Yet, the WWE seems uninterested unless they have a major commercial star to pull the crowd. Despite the success of Becky Lynch and Charlotte, Ronda Rousey appeared to be the golden child in the eyes of the WWE brass.

Becky Looks Forward To A One-On-One Match With Rousey 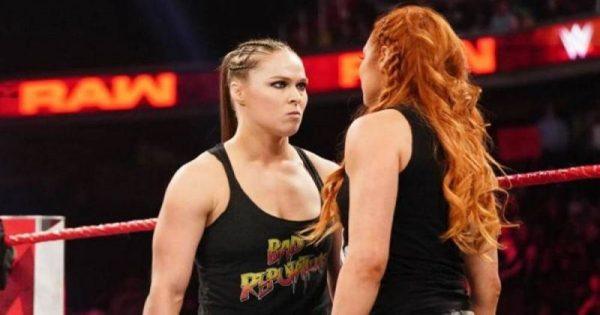 The main event at WrestleMania involved Charlotte, Becky Lynch, and Ronda Rousey. However, there was supposed to be a singles match between Becky and Rousey some time before that, but this match never happened due to Becky breaking her nose at the hands of Nia Jax. While the main event was certainly one for the history books, there is certainly some room for a rematch between Becky and Ronda.

Speaking about a match between Becky and Ronda, Lynch did have some choice words when asked about a possible rematch with The Baddest Woman on the Planet. Here is what she had to say:

“That’s what Ronnie does, she hides when she loses. We’ll see if she comes back. I still want that one-on-one match with her. The way to beat Ronda is not to beat her body cause she is tough. It’s to beat her mind and that’s what I went after constantly, constantly mind games.”

When Ronda does return, it seems she could be partnered with none other than Paul Heyman. Heyman and Ronda get along well, and he could do the same for Ronda as he did for Lesnar. Do not get me wrong, Ronda does not need a mouthpiece. She was doing quite well on the mic on her own. Still, if Lesnar eventually does leave permanently, why not have Heyman paired up with another UFC legend?