Paul Heyman and Eric Bischoff are back with new, bigger titles and roles for WWE. The company has high hopes for them. Should we?

WWE made a bit of news a week ago. The company announced late last week that Paul Heyman and Eric Bischoff were brought on to be the Executive Directors of RAW and SmackDown, respectively. As the news revealed, the announcement was not storyline-driven at all; WWE actually revealed the hiring information to the financial regulatory bodies, as required due to WWE being a public company. 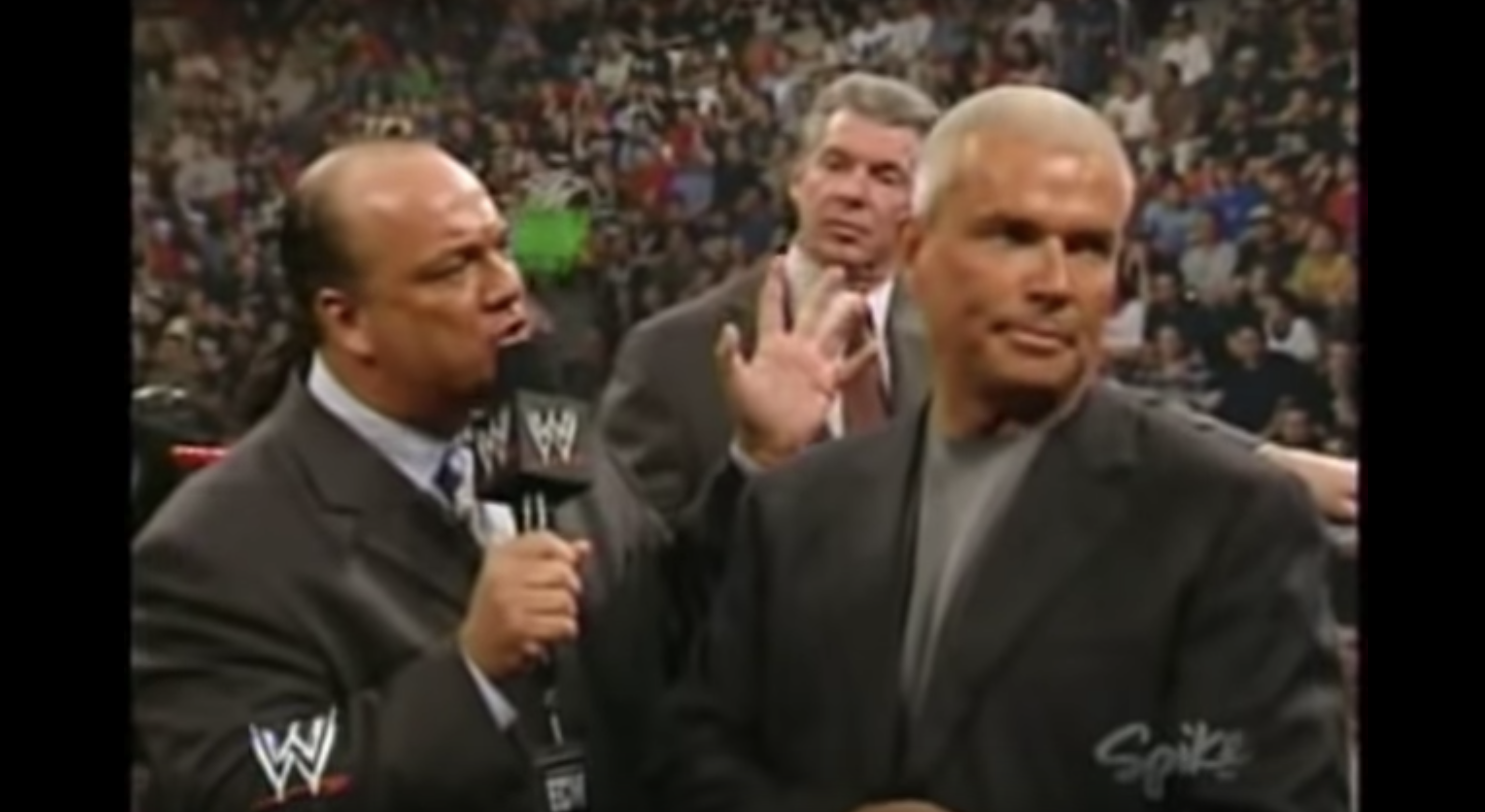 There has been, and will continue to be, much speculation and debate over the move. Will they be active in front of the camera? Or, in Heyman’s case, can he really continue to be Brock Lesnar’s advocate as well as the Executive Director? For now, at least using the small sample size of this week’s television, both men (in their new roles) stayed behind the scenes. We did see Heyman as Brock’s advocate.

With one week and five hours of programming behind them, the reality is it is way too soon to say if this latest move will help or hurt the shows-or even matter at all. But that will not stop us from looking things over and seeing if Bischoff and Heyman are WWE’s Odd Couple, or strokes of genius.

At first blush, one move makes a lot more sense than the other. Heyman has a track record of doing good creative work-his work in front of the cameras for ECW speaks for itself. Where Heyman stumbled was, by many accounts, the business dealings on the back end (his talent loved wrestling for him, but they didn’t like not getting paid). Bischoff did lead WCW to the top during the famed Monday Night Wars, but some still wonder how much of that was Bischoff being smart, versus Bischoff being gifted with a limitless checkbook and surrounding himself with the right people at the right time. His time in WWE didn’t have nearly the same results.

I have been one of many people clamoring for Heyman to get more involved in the creative process, and this could be the ticket. Admittedly, even as “just” Lesnar’s advocate, Heyman could have been doing things that we just didn’t know about. We did know, for example, that Paul was working with Ronda Rousey on her promos. It’s entirely possible that the new title is in part because he has been getting more involved, and it’s now a more official boost. Bischoff, on the other hand, is coming back to something we haven’t seen him around much for lately…so he’s more of an undetermined thing right now.

So why could it be a stroke of genius? Well, both men have spent a lot of time around the business and have worked with a lot of Superstars. They have pushed the right buttons during some extremely popular times in recent wrestling history. WWE recognizes it has some creative issues, so installing two gentlemen with strong creative track records is shrewd.

While you couldn’t help but watch RAW and SmackDown this week trying to see what influence either man had on his new show, the reality is this: they probably didn’t change much, yet. Sure, you could see some Heyman influence on promos during RAW, but other big moments (like the Styles heel turn) had reportedly been in the works already, prior to the Heyman move. On SmackDown, it honestly didn’t seem like much-if anything-changed due to Bischoff…yet.

This latest move, to be fair, needs to be given some time. Some changes can, of course, be made more quickly. If a certain boss is ceding certain creative control to the Executive Directors, for example, perhaps the shows have fewer last-minute changes for the sake of changes being made. Perhaps there’s an opportunity for more creative input from Superstars-something WWE lacks, and was a big reason for Dean Ambrose bailing on the company and becoming Jon Moxley once again.

If we are grading either man in his new role now, it’s too soon. It’s certainly fair to observe both shows through a different perspective now, as we do seek to see what changes-good or bad-they bring to their brands moving forward. If the change means that WWE is putting less stock in what entertainment writers suggest, and more stock in what life-long wrestling people suggest, fans may be very happy in the long run.

It’s way too early, but I do think there is cause for cautious optimism in this instance.

Superstar Had Successful Surgery, How WWE Got Mickie James Back