Brock Lesnar might do a little more than just cash in his briefcase at Stomping Grounds. He could be playing an additional role during Seth's match.

The WWE has been laying in some strong hints that Brock Lesnar could play an important role at Stomping Grounds, the upcoming pay-per-view where Seth Rollins will defend his title again against Baron Corbin. While it is believed he could cash in, WWE hints that he could also be the special guest referee! 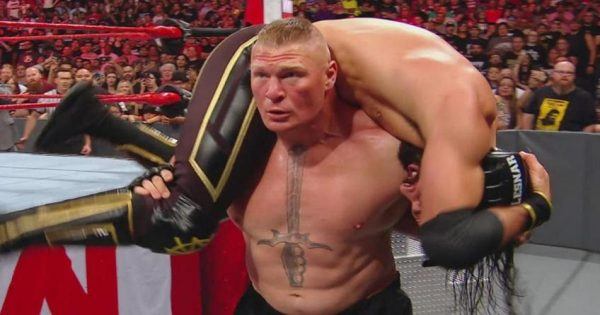 Since their previous match, Baron Corbin blamed his loss on referee John Cone, claiming he officiated the match badly. So, it is expected that the referee will play quite an important role in the upcoming title match. However, we might not be getting an official WWE referee, as WWE.com made a statement that hints at “The Beast In The Bank” officiating the match as the special guest referee.

The WWE laid in a big hint that Brock Lesnar could be calling the match; this with the following statement on their website:

“Throwing a wrench into the works, The Lone Wolf will choose the Special Guest Referee for his own title opportunity and will reveal his decision on Raw.”

“Or perhaps Corbin will extend an invitation to “Mr. Money in the Bank” Brock Lesnar to purvey some up-close-and-personal paranoia at WWE Stomping Grounds?”

Based on the statement made by the WWE, the fact that Brock Lesnar might show up as a special referee is extremely likely. Of course, we could have another Sami Zayn officiation, closely followed by another attempted cash-in by Brock Lesnar. It will be “interesting” to see what happens.

Is Another Title Reign Going To Begin For Brock Lesnar? 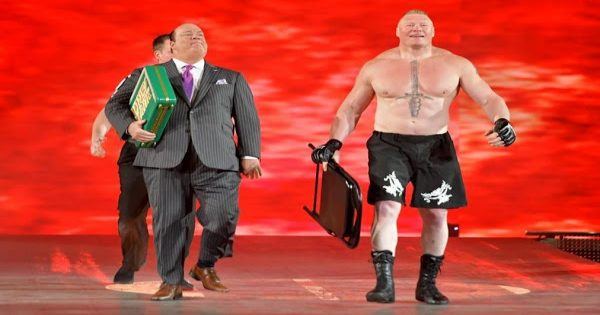 With the cards stacked against Seth Rollins, and the likelihood of Brock Lesnar officiating the match or even cashing in his Money In The Bank briefcase, it is likely that we might be witnessing another title reign for Lesnar.

Considering how the previous Lesnar reign went, the last thing fans want is another part-time champion with little title defenses, who are often too far and too few in between. Seth Rollins is doing a great job making the title mean something again, so why would the WWE revert to the thing that ruined their ratings in the first place?

While some believe Seth Rollins may be losing his title to The Beast at the next pay-per-view, others believe that Lesnar will be holding onto his briefcase for a considerable amount of time. If we look at the track record of Lesnar and his ability to hold onto things, they may not be wrong.

Either way, no matter how this cash-in goes, fans do not want another Lesnar reign, nor do they want him to cash-in and dethrone popular champion Seth Rollins. In fact, most people believe Lesnar should have not gotten the case in the first place, especially when you think that Lesnar was not even entered in the competition. If this will have an influence on future Money in the Bank matches remains to be seen, but it certainly cannot be good. Maybe the rules need to be adjusted for this match in the future?