SmackDown In A Nutshell: Leaving London On A High Note?

Money in the Bank is Sunday, and this is our last major weekly show before the big event. It's all about final hype while the roster is overseas.

Good morning folks! It’s Wednesday morning by the time you are reading this, so the best news of all is that this week is half over (if you work Monday to Friday. If not…my condolences). So, like RAW on Monday, SmackDown is in the United Kingdom this week as WWE goes through it’s latest European Tour. It’s the blue brand’s go home show as all eyes are about to turn toward this Sunday and Money In The Bank. That means, of course, that all the hype tonight should be heavily slanted toward the Sunday. So, there’s only one thing left to ask-will we be leaving London on a high note? Let’s crack open this Nutshell and find out! 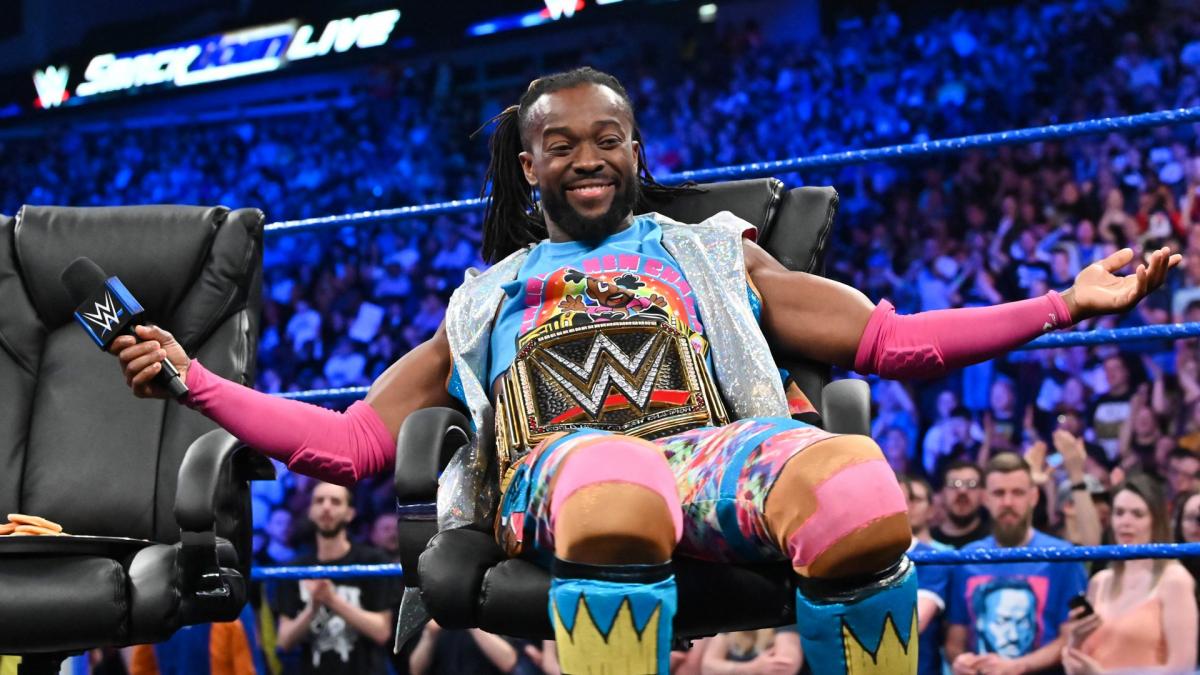 I liked the four on three match. Was not awesome, but was serviceable. Beyond that, the closing segment with Kevin Owens, Sami Zayn, Xavier Woods and Kofi Kingston. Once again, WWE had Kingston overcoming the odds to stand tall at the end. It worked.

I won’t pick on any one match. Instead, I will say this…the matches tonight just OK. Nothing atrocious, but the whole show just gave me an odd feeling like it was stuck and couldn’t really get into the next gear.

These taped shows are sometimes not the best for chants. Don’t know why, but I couldn’t pick up on a lot of them…but the crowd was lively, so there is that.

I really can’t award this to any one person tonight. I didn’t feel like anyone stood out this evening. I mean, I liked Ricochet showing up and repeating his leap onto the ladder…but not a star worthy nod.

About the only thing worthy was the Shane McMahon coast-to-coast leap…but we’ve seen it so many times by now, it almost doesn’t resonate. 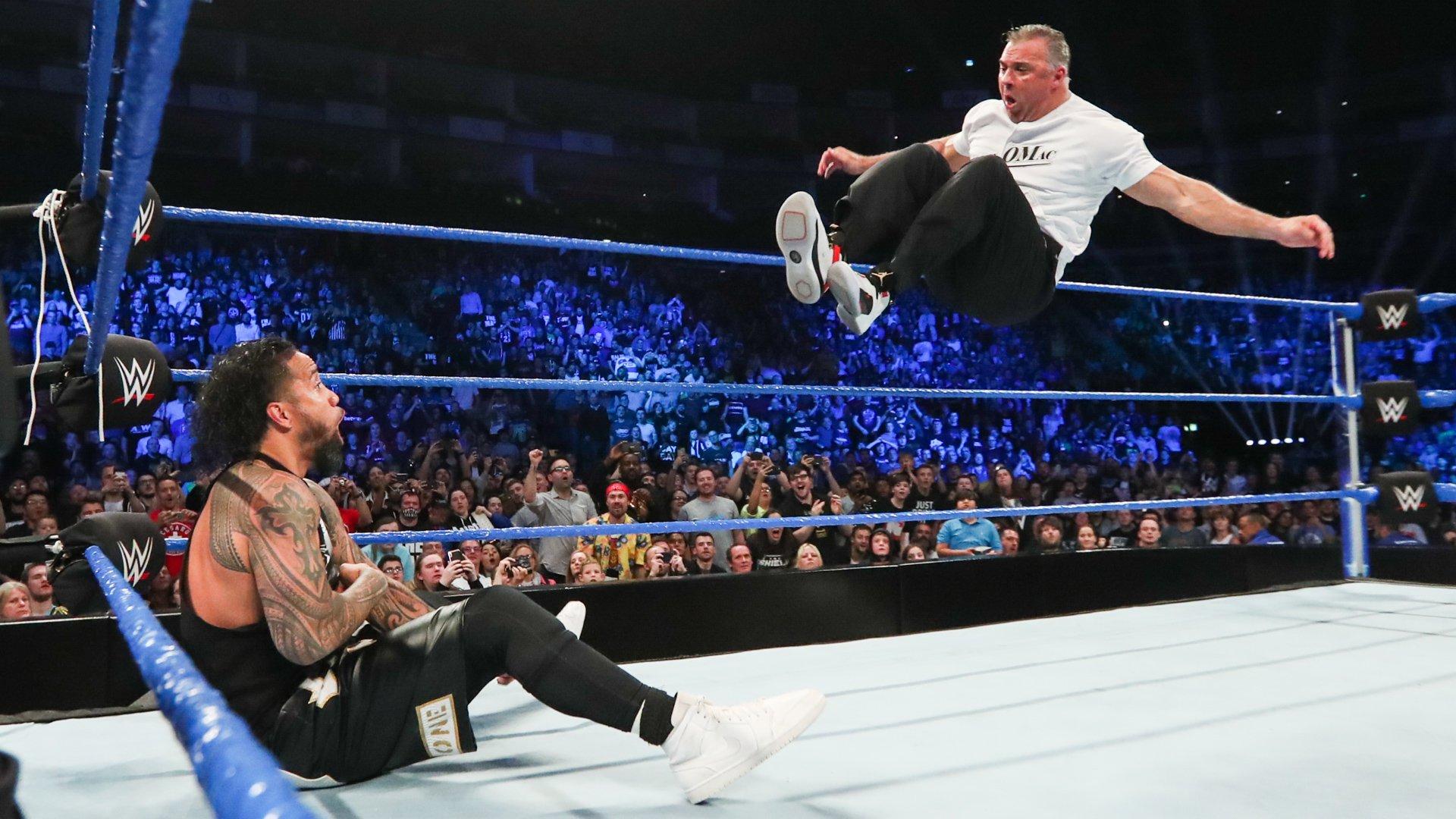 If I had to say, I’d go with Rowan, as he was left in the ring following the four on three handicap match to take the brunt of the babyface anger.

Honestly, there really was not one. I mean, if you missed the Firefly Fun House segment from last night, perhaps you could go with that reveal, as Bray’s new mask is creepy….

Or, we could go with Sami Zayn and Kevin Owens getting back on the same page, as Sami attacked Kofi Kingston on this evening’s KO Show. Xavier Woods attempted to make the save, but no such luck. 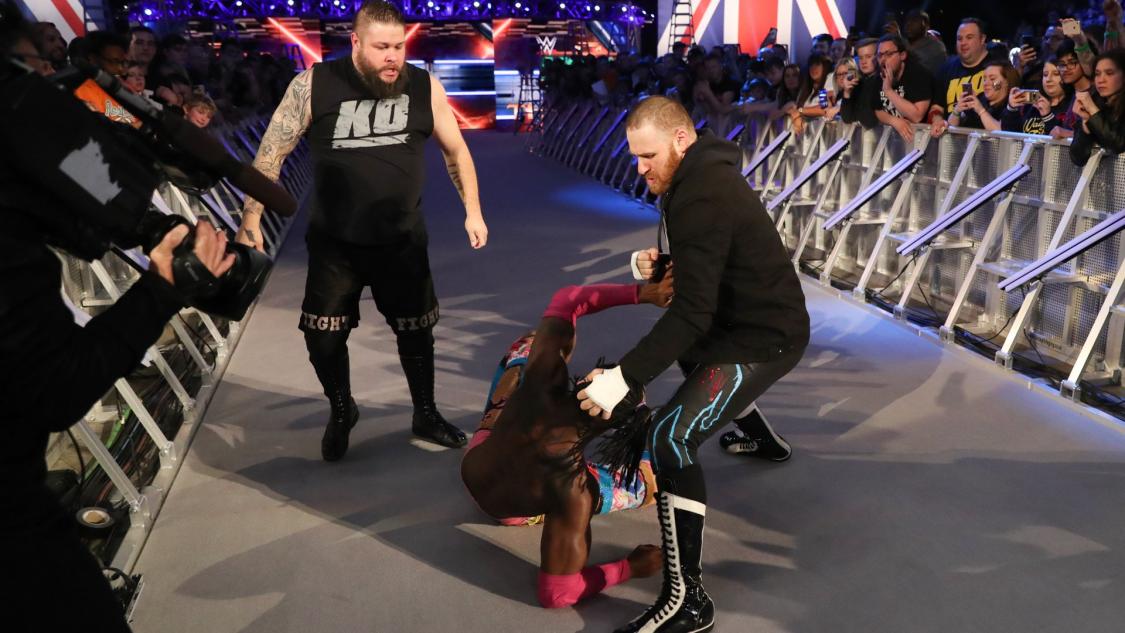 If there was one, I missed it 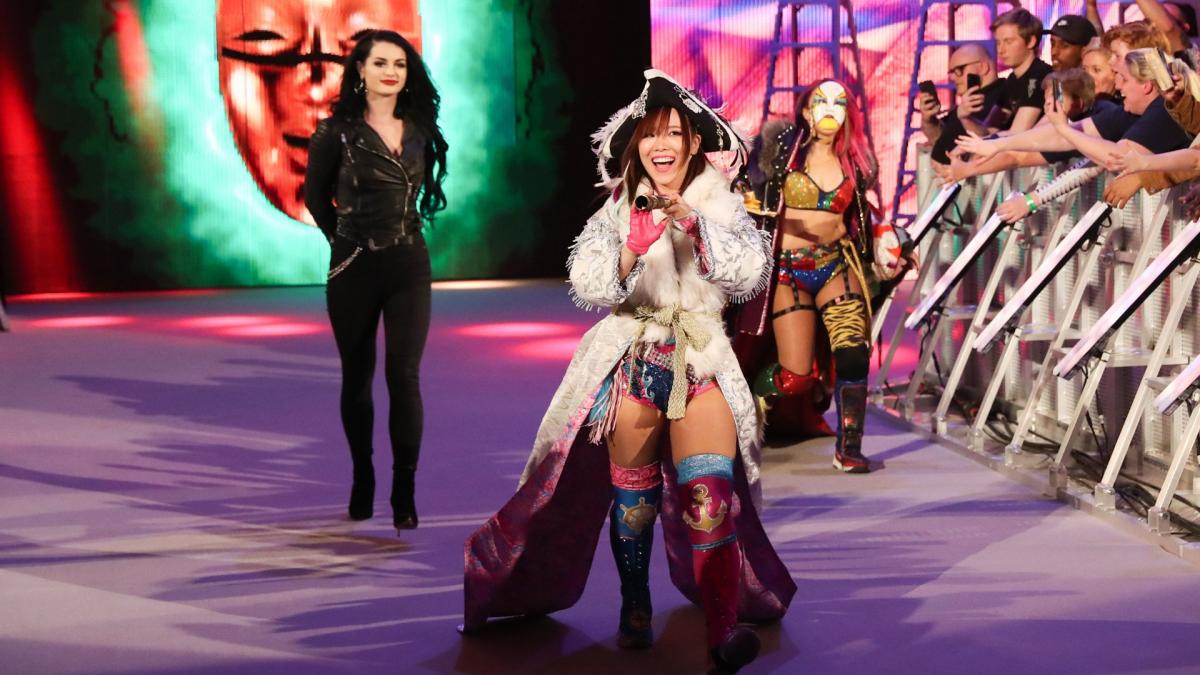 Well, not that long ago I was lamenting the dearth of tag team names in the women’s division. In general, really, the cool tag team names are a rarity. We’ve lost Legion of Doom, Road Warriors, Demolition and the like…and gotten…The B-Team? Now, on the women’s side, we had a loose name of The Boss and Hug Connection, and of course the IIconics…but that was it. Now, weeks after introducing Asuka and Kairi Sane as a team…we have a name. Kabuki Warriors? I think that is a pass for me. I mean, if Io Shirai and Kairi Sane debuted together, Sky Pirates for the win. But otherwise? I don’t know…lately WWE is whiffing on names, as War Raiders are still trying to get back to being…well…War Raiders.

A general comment here, but it feels like, for a change, RAW was better than SmackDown, for the most part. Last night’s show just felt a bit crisper. Can’t put my finger on exactly why, but tonight just felt a bit…underwhelming.

The bit between Braxton and Lars Sullivan was a low point too. She ran off scared, afraid to ask him a question and stick around for the answer. On one hand, I get it, WWE wants to show that he strikes fear into everyone. But here’s the thing-Sullivan has not (and for good reason) hit a woman. He shouldn’t. He wouldn’t. In this day and age, WWE is not stupid enough to go there…so what does she have to be afraid of? 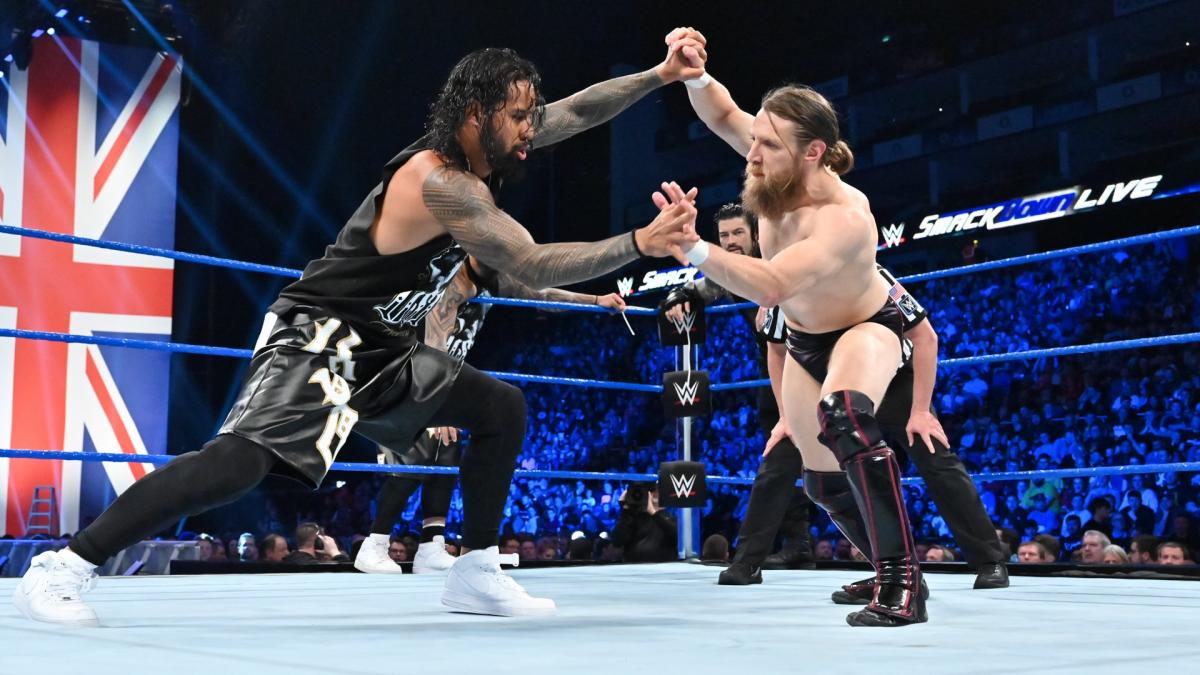 Pretty much going with the seven man tag match, the post-match save by The Miz, and then the main event Kevin Owens-Kofi Kingston fun. Honestly felt like SmackDown needed a bit more to give it a boost…but the crowd was into it. I suppose the fatal four way was good too… 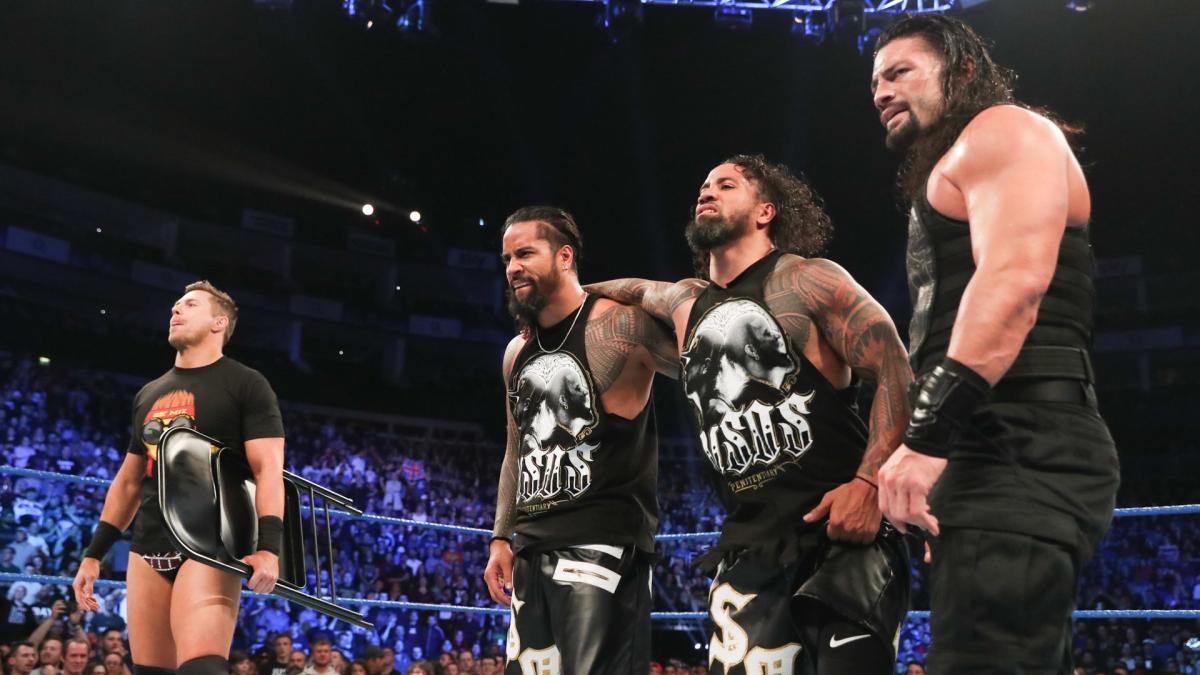 Not the best go home show, I will say that much. It did enough to make it decent. It did not diminish anything about what is coming to us on Sunday, so it was not a loss in that respect.